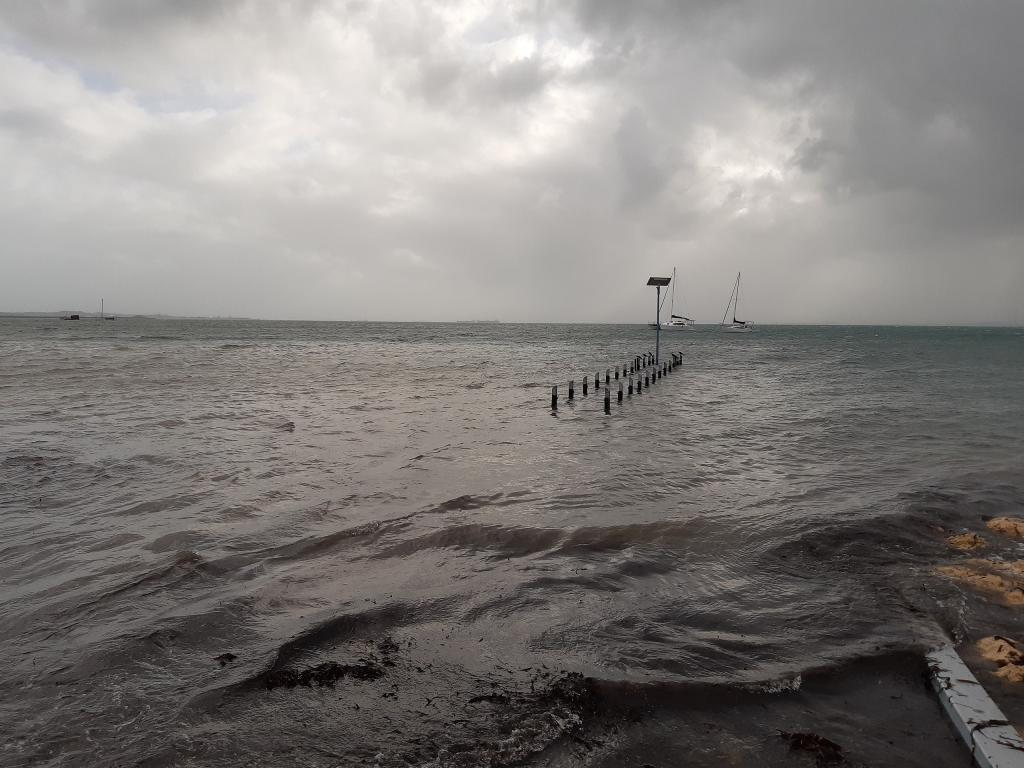 There would be fewer tropical cyclones in Australia but a greater proportion of these are projected to be of high intensity. Photo: Wikimedia Commons

Rising surface and ocean temperatures will wreak havoc on the land down under, a new report has found. Extreme weather events like intense heat, heavy rainfall and coastal inundation, fire weather and drought in Australia are expected to get worse.

Australia’s climate has warmed by 1.47 degrees Celsius on average since 1910, according to the State of the Climate Report for Australia, released November 23, 2022. The oceans around Australia, too, have warmed by more than one degree since 1900.

Read more: Loss and Damaged: Who suffers most from extreme weather events?

The changes to weather and climate extremes are happening at an increased pace across the continent, according to the seventh biennial report by Australia’s national science agency, the Commonwealth Scientific and Industrial Research Organisation (CSIRO) and the Bureau of Meteorology.

This report comes after weeks of record rainfall caused by the La Nina weather phenomenon, which led to widespread flooding across parts of eastern Australia. Such extremes will be more frequent and intense, the report has projected.

The past decade saw record-breaking extremes leading to natural disasters exacerbated by human-caused climate change. “The concentrations of greenhouse gases in the atmosphere are continuing to rise and this is causing Australia’s climate to warm,” said Jaci Brown, director of CSIRO’s Climate Science Centre

These changes have a growing impact on the lives and livelihoods of all Australians, the report said.

There has been an increase in extreme fire weather and a more extended fire season across large parts of the country since the 1950s. A recent study too said that the fire season would continue to be longer.

The report draws on the latest climate monitoring, science and projection information to detail Australia’s current and future climate changes.

Contrasting rainfall trends across the north and the south of the country were also noted in the report. There’s been an overall decline in rainfall between April and October across southern Australia in recent decades. However, rainfall has increased across the region since the 1970sin northern Australia.

While the report’s grim findings on the current state of the climate are grim, the future projections in the report are alarming as well.

But this need not be good news because a greater proportion of these are projected to be of high intensity, with ongoing large variations from year to year, warned CSIRO and the Bureau of Meteorology.

Scientific evidence on potential ice loss from the Antarctic ice sheet was cited by the study, alerting that larger and more rapid sea-level rise cannot be ruled out.

The oceans will continue warming with increased and longer-lasting marine heatwaves, severely impacting the marine ecosystem, including biodiversity. This means that there is an increased likelihood of more frequent and severe bleaching events in coral reefs around Australia, including the Great Barrier Reef and Ningaloo Reef.

The report’s findings resonate with the findings of the State of Environment report for Australia released July 2022.

Intergovernmental Panel on Climate Change (IPCC) too projected that extreme and devastating natural disasters would be more frequent in the region because of climate change.

These changes are and will impact the lives and livelihoods of all Australians. The report reminds of the need to plan for and adapt to the changing nature of climate risk now and in the decades ahead.

Concentrations of all the major long-lived greenhouse gases in the atmosphere continue to increase, the report further showed. In fact, these are at the highest levels on earth in at least two million years.

The severity of impacts on Australians and our environment will depend on the speed at which global greenhouse gas emissions can be reduced.

“There is no good news in the report, but we do have understanding, data and modelling capabilities to provide climate intelligence that will enable Australia to lessen the negative impacts of climate change, but there are limits to adaptation,” said Pep Canadell, CSIRO chief research scientist, and executive director of the Global Carbon Project in a LinkedIn post.

So, GHG emissions must fall to net zero as soon as possible, he added.