India, China and Pakistan to work together in climate forum over common interests of developing countries 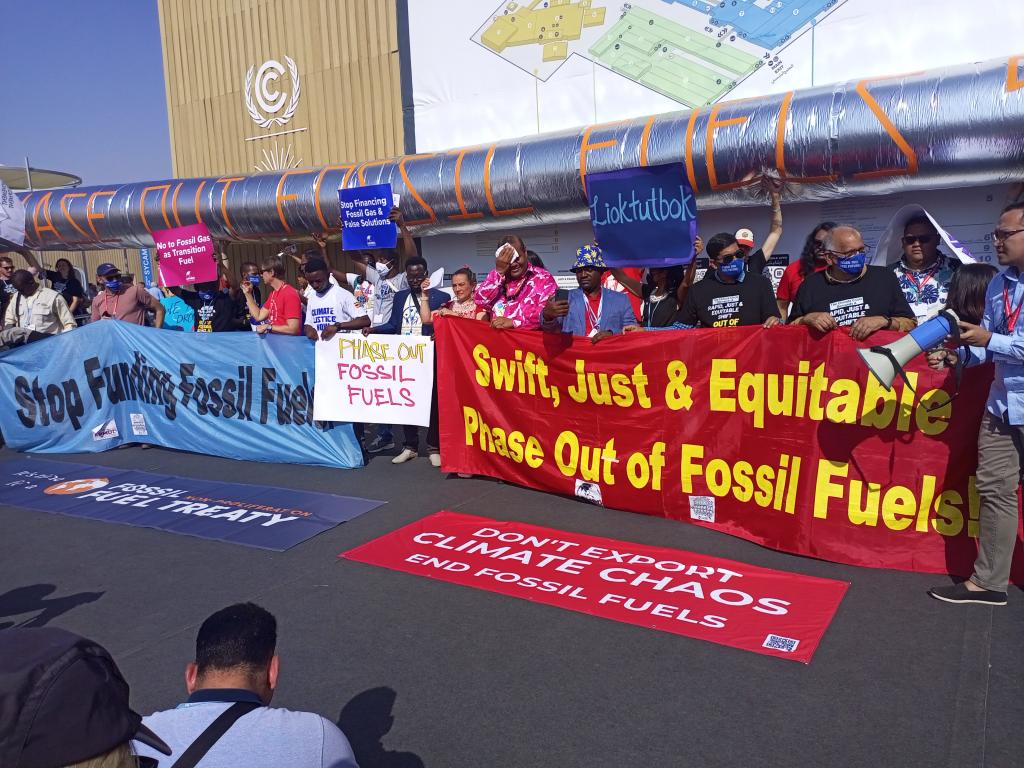 BASIC countries alleged there has been a significant increase in consumption and production of fossil fuels in the past year by developed countries. Photo: Jayanta Basu

The bloc of four large newly industrialised countries, Brazil, South Africa, India and China, also known as BASIC, have put pressure on developed countries, alleging they have not shown leadership, backtracked on financial commitments and showed double standards on fossil-fuel use.

The 27th Conference of Parties (COP27) to the United Nations Framework Convention on Climate Change in Sharm El-Sheikh, Egypt is in its home stretch now.

BASIC countries have already implemented the ambitious nationally determined contributions goals announced at COP26, “despite enormous developmental challenges and pressures of poverty eradication during a global economic downturn and economic recovery,” they said in a joint statement.

The bloc turned the table on the developed countries November 15, 2022, alleging they are not doing enough on fossil fuel use — redirecting a complaint often shot by wealthy nations, particularly against China and India.

“There has also been a significant increase in consumption and production of fossil fuels in the past year by developed countries, even as they continue to press developing countries to move away from the same resources. Such double standards are incompatible with climate equity and justice”, read the statement.

A meeting of BASIC was chaired by Barbara Creecy, South Africa’s minister for forestry, fisheries and the environment.

The representatives also collectively expressed concern that climate adaptation has still not received the appropriate amount of attention and called “for a fundamental transformation… of the global financial architecture”.

“Ministers are concerned that climate finance provided by developed countries continues to fall short of the $100 billion per year commitment… despite the deep regret expressed at COP26,” the bloc stated further.

The amount was “only a tiny fraction of the financing (required) to meet the needs and priorities of developing countries,” it added.

Developing countries and especially the BASIC countries have to channel many times this amount of money from their domestic resources or commercial loans, the statement added. “Developing countries cannot afford to transform their economies without assistance,” it added.

Getting financial support, whatever available, is becoming difficult, with developed countries raising “unilateral conditionalities and eligibility criteria, predominantly in the form of loans rather than grants, aggravating the financial constraints faced by developing countries,” the statement further said.

The ministers expressed concern that adaptation is still not being accorded the “balanced and substantive attention they deserve in the UNFCCC process,” despite the opportunities and linkages with loss and damage.

Read more: How climate-induced disasters are creating a new dynamic of migration

They also called for to operationalise Global Goal on Adaptation (GGA), flagged off in Paris, and underscored the necessity for a special report on GGA to be produced by the UN agency Intergovernmental Panel on Climate Change to help deepen global understanding of the agenda.

“Many of the pledges to the Adaptation Fund made at COP26 remain unfilled, delivering on the commitment to double adaptation financing remains unclear and there are significant outstanding contributions by developed countries to the Green Climate Fund,” alleged the statement.

It argues that adaptation financing needs to be impact based and claims that “the new collective quantified goal by developed countries must, therefore, go beyond the floor of $100 billion per year, be significantly public funded with greater transparency”.

The statement also pointed out the need to prepare a clear roadmap and adoption at COP27.

The ministers underscored the urgent need for a fundamental transformation and modernisation of the global financial architecture, including a systematic reform of the multilateral development banks to make them fit for purpose in supporting sustainable development and just and equitable transitions.

“The key is to address risk aversion in investing in developing countries, to prioritise grant support and to dramatically lower the cost and conditionality on borrowing money that places multilateral support out of reach of most of the world’s population, including in BASIC countries,” the statement further claimed.

“I agree with the point raised about the fundamental transformation of global financial architecture,” said Dhruba Purkayastha, an expert with Climate Policy Initiative.

However, another expert pointed out that though everybody would agree with the point raised, the challenge is to implement it, terming it “an impossible process as of now and more political than economical”.

In an interesting geo-political development, India and China vowed to work alongside Pakistan, which is the present chair of Group of 77 and China to “advance the common interests of developing countries”.

Recently, Pakistan’s climate envoy to Prime Minister told this reporter that India and Pakistan should work together to minimise the threat of climatic impacts in the region.

Just like in cricket, India is working with Pakistan on a multilateral platform over climate change while refraining from talking bilaterally on the issue.