COP14: Information on 75% of wetlands included in the list of Ramsar Sites is outdated

Information on 1,826 of 2,349 Ramsar Sites worldwide is outdated or missing 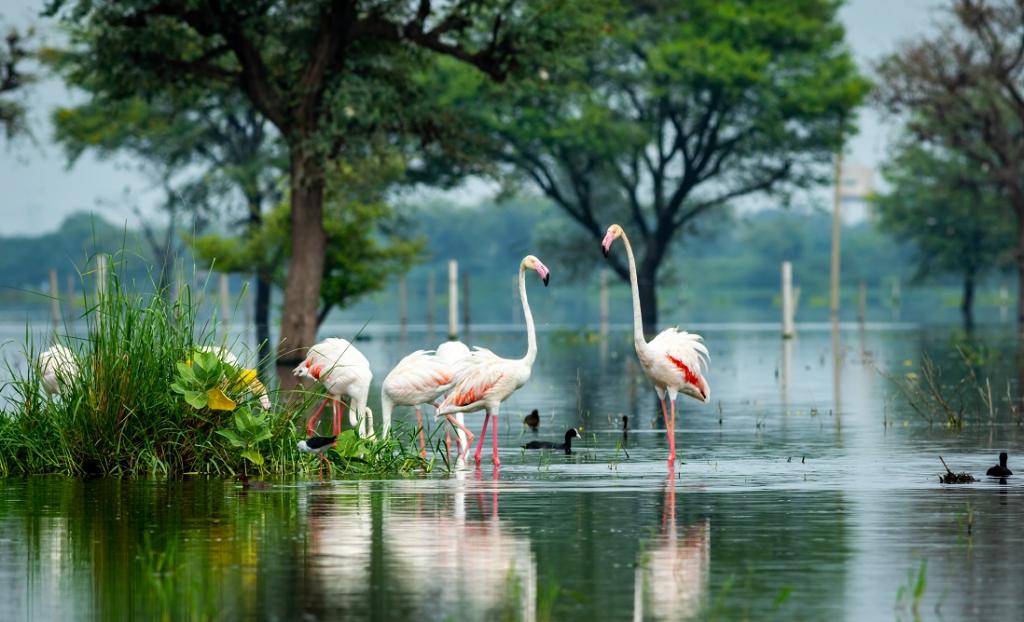 The Keoladeo National Park in Rajasthan is one of the sites that has to update its information with the Ramsar Convention Secretariat. Photo: iStock

The world more-than-ever faces climate-related challenges that also threaten wetland ecosystems. However, information about many of the wetlands listed as Ramsar Sites of International Importance under the 1971 Ramsar Convention is outdated or missing, according to a report released at an ongoing wetland conference  November 7, 2022.

The document and the Wuhan Declaration adopted a day earlier have called on countries to undertake the assessment and accounting of wetlands afresh so that the latest information is available.

Information on 75 per cent of wetlands included in the list of Ramsar Sites is outdated, according  to the report. This includes information on sites facing anthropogenic threats to their existence.

As of June 30, 2022, there were 2,439 designated Wetlands of International Importance listed as ‘Ramsar Sites’. These cover an area of around 254,689,088 hectares, slightly greater than the area of Algeria, the tenth-largest country in the world.

The parties to the Ramsar Convention are required to update, as a matter of urgency, the Ramsar Information Sheets (RIS) for their Ramsar Sites at least once every six years. Of these, information was out of date or missing for 1,826 Ramsar Sites, according to the report.

The Ramsar Convention is an intergovernmental agreement dedicated to the conservation and rational use of wetland ecosystems. So far, it has 172 Contracting Parties (countries).

Information for at least 1,225 Ramsar Sites was updated more than six years ago. The Parties had not yet submitted updates via the online Ramsar Sites Information Service that formally entered into use in January 2015.

There has been a significant increase in the number of outdated RIS in comparison to COP12 and COP13, with information more than 13 years old. For at least 775 sites, the information was updated 18 years ago, accordimng to the report presented at COP14.

The report underlined the growing need to update especially those outdated RIS that have not been revised for many years.

The second Global Wetland Outlook released in 2021 by the Convention on Wetlands had alerted that the ecosystems were particularly impacted by sea level rise, coral bleaching and changing hydrology. These are critical to delivering on global commitments related to climate change and sustainable development.

This underscores the significance of Wuhan Declaration. The declaration called for strong will and practical actions to promote the conservation, restoration, management as well as wise and sustainable use of wetlands worldwide.

It commits additional resources to better implement the convention's strategic plan and take more impact-oriented action up to 2030.

Six of the 49 designated Ramsar Sites in India are required to provide updates, according to the report. This includes Keoladeo National Park in Rajasthan and the Loktak lake in Manipur, where updates were last provided in 2008 by the administrative authority. This includes information about the human-induced negative changes on the water bodies.

The Ramsar Secretariat had also sought information on eight wetlands and lakes in India, to confirm about the negative impact of human activities on the water bodies.

They were found to be negatively impacted by human activities. But updated information has not been provided to the Ramsar Convention Secretariat by the government authorities till date.

For example, Sambhar lake, India's largest inland salt lake at Jaipur, was reported to be affected by unauthorised salt extraction and excess pumping of groundwater. According to copies of the National green Tribunal orders and judgements available on the India Environment Portal, there has been a massive degradation of the famous lake.

But the authorities in India have not provided the ‘status report’ on Sambhar lake to the Ramsar Convention Secretariat since 2009.

Under these circumstances, the call made by the Wuhan Declaration to undertake the assessment and accounting of wetlands resources is important. It demands attention and action by the authorities at national and state-level.

Musonda Mumba, secretary-general of the Ramsar Convention on Wetlands, lauded the Wuhan Declaration for its ambition. She underscored the importance of connecting discussions across wetlands, climate change and sustainability.