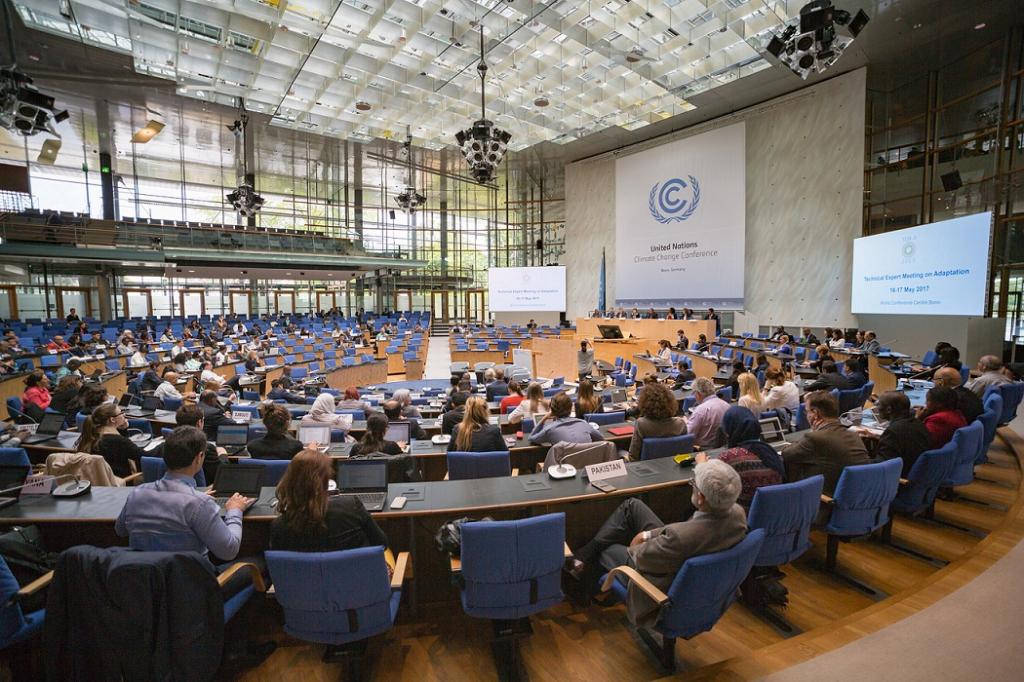 In Bonn, the US continued to dictate terms of negotiations and blocked progress on equity and finance. Credit: UNclimatechange / Flickr

The 23rdmeeting of the Conference of Parties (COP23) of the UN Framework Convention on Climate Change ended here in Bonn on Friday with noreal headway in resolving the outstanding issues on the agenda – says an analysis of the results by the Centre for Science and Environment (CSE). A CSE team had been stationed in Bonn through the duration of the conference to follow the negotiations.

“The US’ rogue and obstructionist attitude in the COP process ensured that progress was extremely slow and hampered on several occasions and the old divide between developed and developing nations remained,” says the CSE analysis.

“Instead of working together and standing united against the US intransigence, the old bickering between developed and developing nations continued at Bonn,” remarked Chandra Bhushan, deputy director general, CSE. “This meant that the US continued with its business-as-usual obstructionist agenda in the negotiations and hampered meaningful progress on equity and finance issues across a range of agenda items including stocktake, accounting, enhanced transparency framework, adaptation, technology transfer,” he added.

“The US announcement is only a political decision with no legal bearing on the Paris Agreement and Paris Agreement has almost no legal options to contain the US. Ideally, the US, having made its anti-climate agenda clear,should not have been allowed under any circumstances to determine the course of negotiations. Unfortunately, that did not happen,” said Vijeta Rattani, climate analyst, CSE.

“India’s stress on pre-2020 actions is encouraging, but it is more in the nature of procedure than action. It will require more than the ratification of the Doha amendment to make developed countries raise ambition and support commitments,” said Bhushan.

“The big question now is how to ensure that the rulebook for Paris Agreement is fair, equitable and ambitious,keeping in mind the fact that the US remains active and obstructionist in negotiations,” he added.