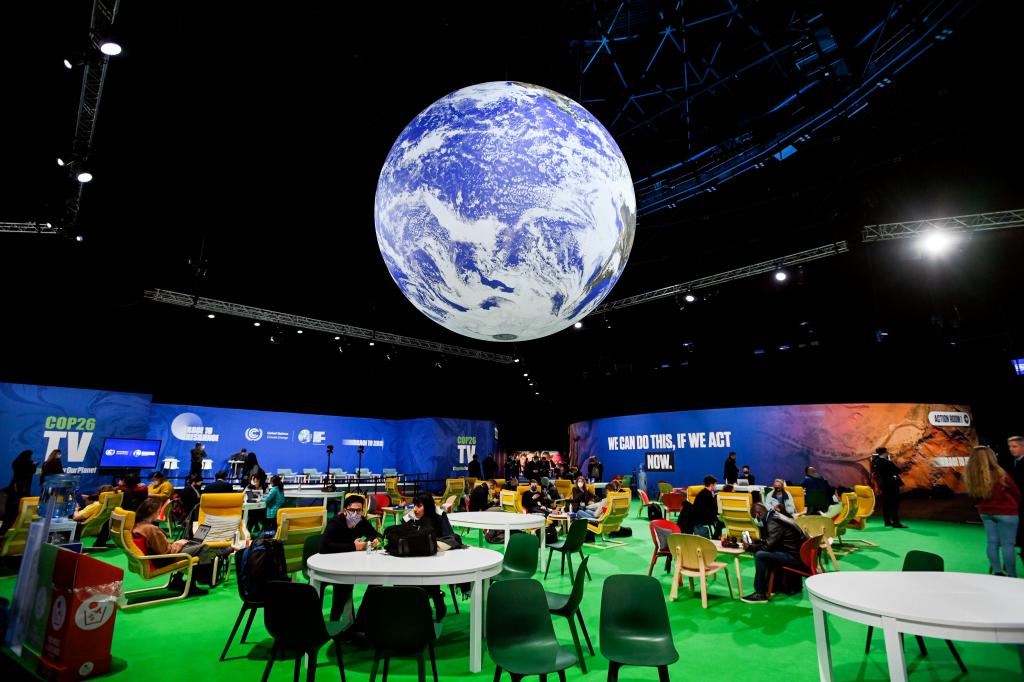 The concept of ‘Loss and damage’ returned to the foreground of global climate negotiations, after being on the backburner for some years, at the 26th Conference of Parties (CoP26) to the United Nations Framework Convention on Climate Change (UNFCCC). The final draft of the Glasgow Climate Pact though was watered down by developed countries.
The final draft, accepted unanimously after more than 24 hours following the scheduled closure on November 12, has 97 pointers. Out of this, 14 were dedicated to ‘Loss and Damage’. This broadly encompasses the issues of supporting people already affected by the fury of climate change and flagging the climate liability of developed countries due to their historical role in pushing up global greenhouse gas emissions; and hence, impacts of climate change.

The provisions included the establishment of “the Glasgow Dialogue between Parties, relevant organisations and stakeholders to discuss the arrangements for the funding of activities to avert, minimise and address loss and damage associated with the adverse impacts of climate change”.

The decision acknowledged that “climate change has already caused and will increasingly cause loss and damage”.

In the earlier drafts released by the CoP presidency, there was a provision of creating a facility with funding support to address the loss and damage. But most developed countries had shot down the proposal; and finally, a compromise was reached on organising a global dialogue on the agenda.

Developing and underdeveloped countries, though unhappy with the scrapping of the facility proposal, feel that the dialogue will open up possibilities of taking more direct actions in the coming years.

In earlier years, developed countries tried to club the loss and damage with adaptation issues. In effect, this diluted the climate liability component. In the Glasgow pact, however, loss and damage has been dealt separately under section VI of the draft.

Definitely loss and damage has made a comeback in Glasgow. The issue of loss and damage reached the highest political level in negotiation, despite not being on the official agenda. Developed countries forced the elimination of the loss and damage facility in the final CoP26 decision text and instead offered a 'dialogue' over the next few years. While the concrete proposal by developing countries representing six billion people around the world was pushed back, the need to address the climate impacts urgently has been recognised by all.

Saleemul Huq, a scientist and negotiation analyst, explained that the increasing ability of science in attributing the specific responsibility of climate change in any extreme weather event as well as rapid surge of such events worldwide, has facilitated the comeback of loss and damage issue in mainstream negotiation.

“In CoP, the role of presidency is very important in addressing any agenda. Unfortunately, the CoP26 presidency was not very keen on furthering the loss and damage agenda; and hence it was always on the cards that much could not be obtained from here,” said Huq, also an advisor of the least developed countries.

Hence, here the strategy of the vulnerable developing and underdeveloped was to keep open the windows on loss and damage as far as possible, he added. “This was done so that the discussions and stronger outputs may be obtained in the next CoP at Egypt, which is already being identified as a developing countries CoP.”

Loss and damage, as an agenda, first came into prominence at the Warsaw climate summit in 2013. The ‘Warsaw International Mechanism for Loss and Damage Associated with Climate Change Impacts’ was set up to address the issue in a holistic manner.

Subsequently in 2019, the Santiago Network was created to catalyse the support for developing countries already impacted with climate change impacts.

“Some small but important wins for developing countries were gained after much wrangling with developed countries, including in the area of the global goal on adaptation and institutionalising the functions of the Santiago Network on loss and damage” explained an observer associated with Third World Network.

Mima Holt, a research associate with the World Resource Institute (WRI), told this reporter that the fact that the “final decision had the functions plus provisions on funding for activities of the Santiago Network, was a win for developing countries”.

Language on the finance facility wasn’t added until the second week and ultimately countries landed on creating a new dialogue dedicated to discussing possible arrangements for loss and damage funding, the expert added.

Twist and turn with negotiation

At CoP26, developing countries were united under the G77 coalition along with China. The group broadly put forward some key demands about addressing loss and damage, which mainly included: Creating a CoP26 facility to address loss and damage finance as well as operationalising and strengthening the Santiago Network, particularly its financing.

Though the initial draft talked about the facility, ultimately developing countries lost out on having a loss and damage finance facility due to very strong opposition from developed countries, especially the United States. They only managed to secure “the Glasgow Dialogue” in the final draft.

In response to the draft text that was issued on November 3, 2021, paragraph 12 recognised “the urgent need for scaling-up of action and support, as appropriate, including finance, technology and capacity-building…” in regards to loss and damage from the adverse effects of climate change, the developing countries claimed that such recognition of financing for loss and damage needs to be strengthened. They claimed that the draft “does not contain any operational aspects or how loss and damage finance can be scaled up and accessed.”

In response, negotiators from developed countries refused to accept the financial and other aspects related to loss and damage and maintained that the issue should be considered only at the ministerial level negotiation during the second week of CoP26.

During the second week, the CoP26 president appointed the ministers of Jamaica (Pearnel Charles Jr) and Luxembourg (Carole Dieschbourg) to undertake ministerial consultations on issues relating to loss and damage.

Countries under G77 strongly pitched for a new facility for financing loss and damage but developed countries like the US asked whether a new institution is needed and suggested that existing institutions be used instead. The US also stressed that the discussion should focus on the Santiago Network.

The European Union (EU) stressed its commitment to work together to find a common ground; recognised the need for technical assistance to implement loss and damage approaches.

Developing countries broadly supported the G77 position, while the developed countries continued to state unequivocally that they do not have a mandate to agree on a loss and damage facility.

Finally, both sides found the ‘dialogue’ to be the compromising formula, though G 77 expressed its “extreme disappointment” over the dilution from facility to dialogue.

At the closing plenary on November 13, the G77 chair stated “the group expresses its extreme disappointment with paragraphs 73 and 74 of draft decision …on a dialogue related to loss and damage. This is very far from the concrete call for a loss and damage facility that the group came together to make and seek an answer for here in Glasgow”.

The dialogue and debate will now be taken up at CoP27, though loss and damage at least got a fresh lease of life.