Pakistan, Bangladesh, Costa Rica, Fiji, Senegal, Philippines and Ghana will be among the first countries to receive assistance from the Global Shield initiative 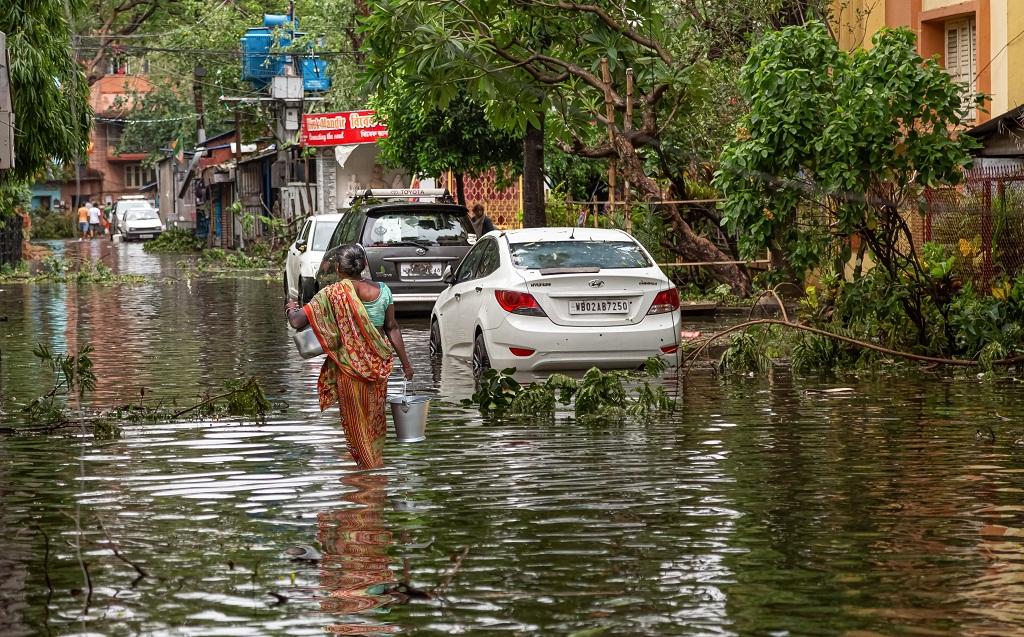 The initiative will provide pre-arranged financial support designed to be quickly deployed during disasters. Photo: iStock

The Vulnerable Twenty (V20) group of finance ministers — representing 58 countries vulnerable to climate change — and the G7 (group of seven industrialised countries) launched the Global Shield Against Climate Risks initiative November 14, 2022. The initiative was launched at the 27th Conference of Parties (COP27) to the United Nations Framework Convention on Climate Change in Sharm El-Sheikh, Egypt.

It is envisioned as a social protection and insurance-based finance mechanism for loss and damage outside the UNFCCC process. The initiative will provide pre-arranged financial support designed to be quickly deployed during climate disasters such as the devastating Pakistan floods in August.

Pakistan, Bangladesh, Costa Rica, Fiji, Senegal, Philippines and Ghana will be among the first countries to receive assistance from the Global Shield initiative.

Initial contributions to the initiative include 170 million euros from Germany, 35 million danish kroner from Denmark, 10 million euros from Ireland and seven million dollars from Canada. The US is also part of the Global Shield initiative and is funding the African Risk Capacity, an insurance and disaster risk solutions company.

The initiative is also supported by other countries such as the United Kingdom and UN organisations such as the UN Development Programme and the UN Office of Disaster Risk Reduction.

This initial corpus of funds would bring other public and private finance into the loss and damage finance mechanism.

Germany, the current chair of the G7, has taken the lead in the initiative. Germany stands by its responsibility to support poor and vulnerable people and countries in dealing with loss and damage, said Svenja Schulze, Federal Development Minister of Germany.

“This launch sends a signal: We have heard the urgency and we are acting. We aim to overcome differences even in challenging circumstances,” Schulze said.

Germany wants to be a bridge-builder, Schulze added.

“This is definitely the start we need, but the more effective we are in innovations like the shield, the more we have to emphasise that scale matters,” said Henry Kokofu, special envoy of the Climate Vulnerable Forum (CVF) Ghana Presidency.

“We will never tire of reminding our G7 colleagues that they must simply do way better in resource mobilisation,” he said.

We cannot allocate resources as if the climate crisis was an abstract war in some faraway place, he added.

“We want to mention that we believe in this initiative. We have been in this since the beginning,” said a representative of the European Commission (EC).

Financial support will be announced Wednesday (November 16). Another bigger initiative on finance in Africa will also be announced by Frans Timmermans, executive vice president of the EC, the representative added.

The Global Shield is touted to expand financial protection instruments for governments, communities, businesses and households.

Such instruments can lessen the impact of disasters by making vulnerable economies resilient, safeguarding sustainable development and protecting lives and livelihoods.

In terms of implementation, it will align with the vulnerable country’s financial and economic strategies, helping close the financing gaps. This would include livelihood protection, social protection systems, livestock and crop insurance, property insurance, business interruption insurance, risk-sharing networks and credit guarantees.

The Global Shield will support the integrated development of instruments at the level of governments, humanitarian agencies and non-profits, to ensure that money is available when needed.

It also ensures that the money is spent on providing what affected individuals and communities need when they need it most, said a press release on the German government website.

“Germany will start putting in funds into the core financing structure as soon as 2022 itself,” said Martin Kipping of Germany’s federal ministry of economic cooperation and development, which is leading the work on the Global Shield initiative.

The next steps will depend upon the country where the funds are to be disbursed, he added. The idea is to deploy these pre-arranged finance which can be paid out fast and reach disaster-struck communities as soon as possible.

However, the initiative takes the narrative away from a Loss and Damage Finance facility under the UNFCCC. The initiative has been in the making for a while and reminds us of many other such initiatives to address loss and damage finance announced in the past.

The finance facility, based on a polluter pays principle, is being intensely argued by the Least Developed Countries and the Association of Small Island States negotiating blocs at the negotiations in COP27.

“The Global Shield, and its predecessor, the InsuResilience Global Partnership, have thrived whilst delay tactics from rich countries have ensured no progress within the UNFCCC,” wrote Julie Ann-Richards. She is an expert on loss and damage with the Loss and Damage Collaboration, a global collective of climate policy, art and cultural practitioners, researchers, activists, lawyers, advocates and decision-makers.

The litmus test (of this Global Shield initiative) is whether they (developed countries) agree to establish a loss and damage finance facility at COP27, with two years to agree and put in place the necessary architecture to have funds flowing to vulnerable countries in their time of need.

The Global Shield was a result of a call for support from the V20 group in April this year, to which the G7 has responded. This is only one piece of the puzzle and in no way pre-empts the loss and damage negotiations under the UNFCCC at COP27, Kipping told Down To Earth.

“This was done to deliver funds soon as they are required by vulnerable countries facing climate disasters right now”, he added. This, in fact, may add trust and enable solutions within the negotiations under the UNFCCC and be a contribution to the process, Kipping said.

Another crucial issue is that the insurance mechanisms inherent in the Global Shield may put an additional burden on already vulnerable populations under debt burden.

The Global Shield is not just about insurance. It is about financial protection against climate risks. What type of instruments are used would be firmly under the country’s leadership, civil society and other non-state actors after country-specific analysis of climate risks are carried out, Kipping clarified.

For instance, the country’s own social protection systems can be supported to disburse finances immediately, or in some cases, multilateral development banks may be roped in.