Countries must up climate ambitions to achieve Paris commitments: Experts

The world is paced for a 3°C rise, according to the current nationally determined contributions 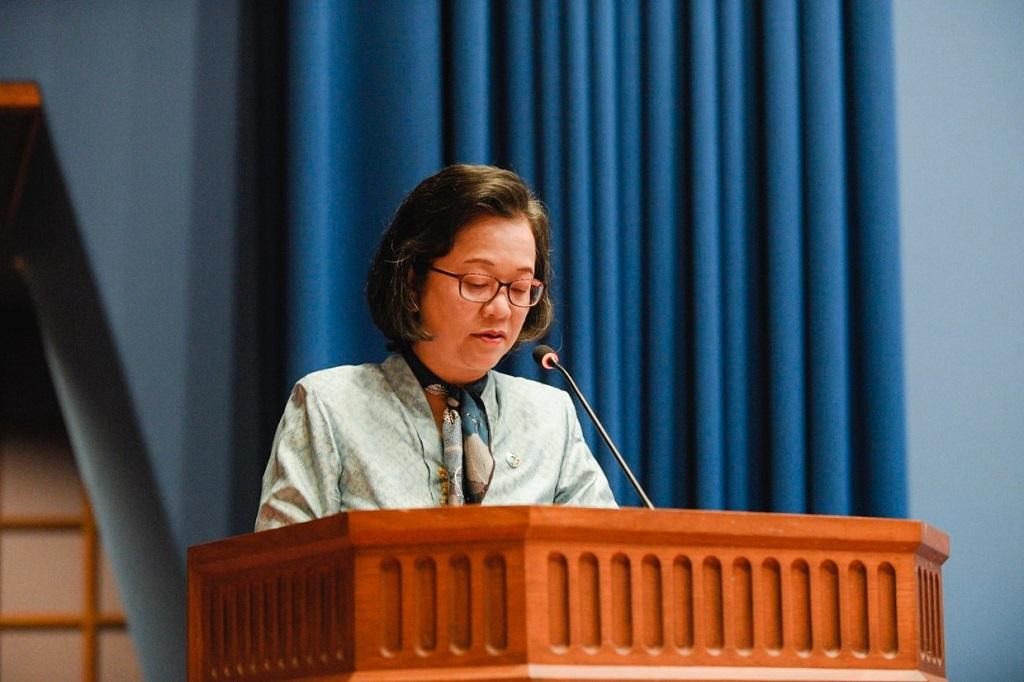 Ibu Armida Alisjahbana, executive secretary of the United Nations Economic and Social Commission for Asia and the Pacific (UNESCAP), speaking at the Asia-Pacific Climate Week in Bangkok. Photo: Twitter: @UNESCAP

The argument about economic benefits coming from the shift towards sustainable economies can be an incentive for nations to increase their climate ambitions under the Paris Agreement for climate change, according to experts at the Asia-Pacific Climate Week (APCW).

“Just one per cent improvement in resource efficiency of material resources and energy combined could deliver the Asia-Pacific region up to $275 billion in savings,” said Ibu Armida Alisjahbana, executive secretary of the United Nations Economic and Social Commission for Asia and the Pacific (UNESCAP).

“Achieving ecosystem conservation-related targets of the Sustainable Development Goals (SDGs) could result in a gain of $3.3 trillion worth of ecosystem services per year for the region by 2050,” she added.

Another source of economic benefits can come from health benefits which would accrue from the decrease in the emission of greenhouse gases in the atmosphere and reduced air pollution.

This highlights the difference in the economic ability of less developed countries to take on climate adaptation measures should be accounted for.

The health benefits from reduced exposure to ozone and particulte matter 2.5 could be 5 per cent of global GDP by 2030, showed the paper. Many countries can have substantial increases in crop yields, it added.

It also suggests that these calculations as social cost benefit analyses should be incorporated into policy making and decision processes of governments.

However, the current climate ambitions of countries around the world are not enough to achieve the target under the Paris Agreement, the experts  pointed out.

“It is clear we must urgently boost climate action. Current nationally determined contributions (NDCs) submitted by nations under the Paris Agreement puts us on pace for a 3°C rise, and possibly more,” said Ovais Sarmad, deputy executive secretary of UN Climate Change.

This is also the reason why UN Secretary General Antonio Guterres has called on nations, private companies and other international organisations to come up with revised targets under their NDCs at the upcoming UN Climate Summit in New York on September 23.