Desertification: ‘Droughts reduced India’s GDP by up to 5% in 20 years’

The world has a new ‘water-scarce’ generation growing up, with women and girls spending as much as 40% of their calorific intake carrying water in dry lands 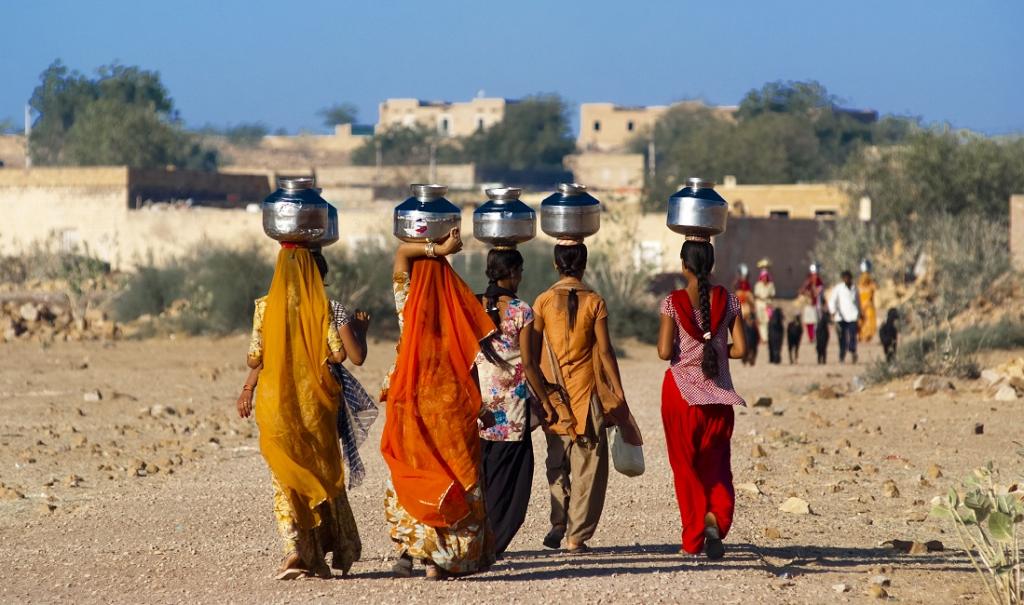 The frequency and duration of drought is increasing at an alarming rate across the world since the onset of the 21st century, according to the Drought in Numbers, 2022 report released May 11 at the ongoing 15th Conference of Parties (CoP15) to the United Nations Convention to Combat Desertification (UNCCD).

The latest assessment analysed droughts and impacts on life and livelihood over 122 years covering 196 countries. It said an entire new generation is growing up being “water scarce”.

India has featured in the assessment as one of severely drought-impacted countries. Nearly two-thirds of the country suffered drought during 2020-2022.

India features on the Global Drought Vulnerability Index, which is part of the assessment. Geographically, India’s drought vulnerability compares with that of sub-Saharan Africa.

“The effect of severe droughts was estimated to have reduced India’s gross domestic product by 2-5 per cent over the 20 years from 1998-2017,” the assessment said.

India’s drought-prone area has increased by 57 per cent since 1997, as Down To Earth has analysed earlier. One-third of India’s districts have faced more than four droughts over the past decade and 50 million people are affected by drought every year.

Some 97.85 million hectares — nearly 30 per cent of the country’s land — underwent land degradation during 2018-19, according to Desertification and Land Degradation Atlas of India, released by the Space Applications Centre of the Indian Space Research Organisation last year.

Drought impacts India’s dominantly rainfed agriculture that accounts for 60 per cent of the sown area on average.

A study undertaken by the International Rice Research Institute in the Philippines and the Japan International Research Centre for Agricultural Sciences, in association with research organisations of Chhattisgarh, Jharkhand, and Odisha, shows that drought is a major factor in keeping people below the poverty line forever.

The study, published in 2006, found that in a severe drought year, farmers in Chhattisgarh, Jharkhand and Odisha lost close to $400 million. The study found that almost 13 million people in the three states who live just above the poverty line, fall below it due to drought-induced income loss. 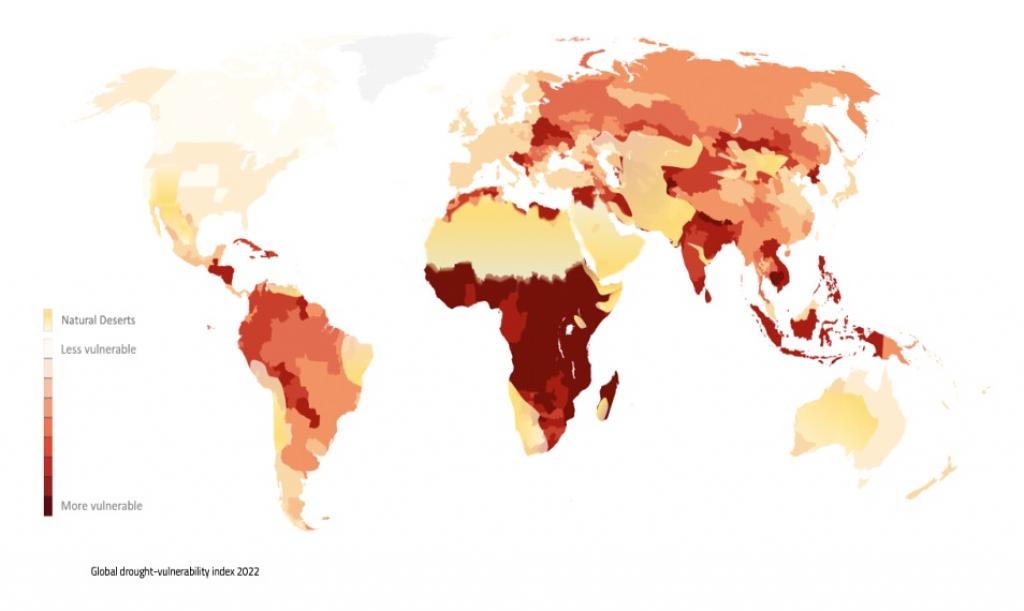 Since 2000, there has been a 29 per cent increase in frequency and duration of droughts in the world. Drought is considered a slow onset disaster, thus giving enough time to prepare for it. But in recent decades, drought has emerged as one of the biggest drivers of human life loss and economic loss among weather-related disasters.

“There is an upward trajectory in the duration of droughts and the severity of impacts, not only affecting human societies but also the ecological systems upon which the survival of all life depends, including that of our own species,” Ibrahim Thiaw, executive secretary of the UNCCD, said.

“Droughts represent 15 per cent of natural disasters but took the largest human toll, approximately 650,000 deaths from 1970-2019,” the assessment, said. Drought has resulted in more than 10 million deaths in the past century.

By 2030, or in the next eight years, drought will potentially displace an estimated 700 million people worldwide. In 2019-2020, drought impacted 1.4 billion people. 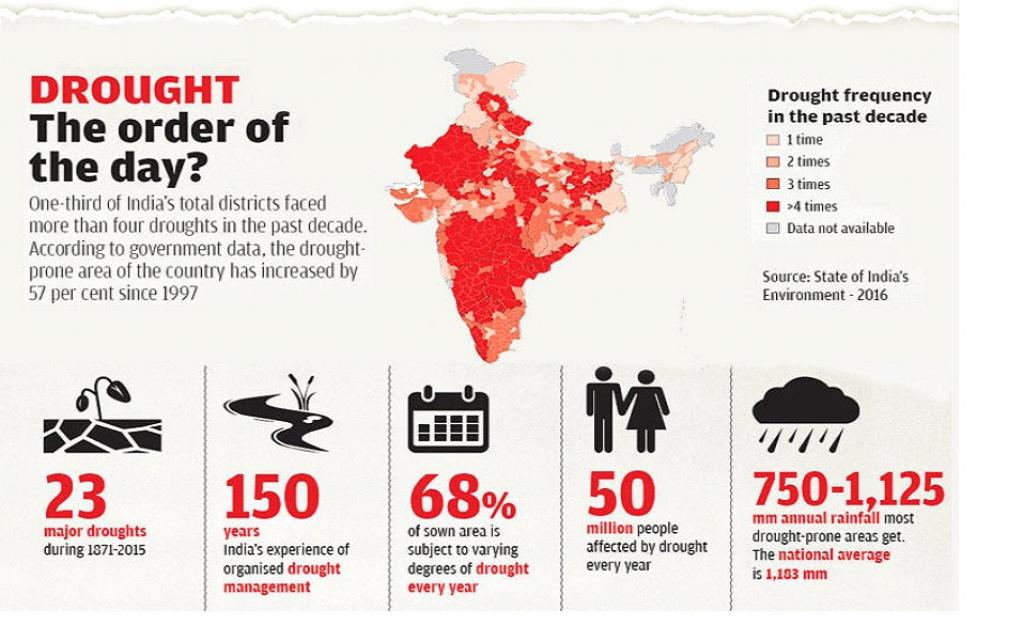 In the ongoing CoP15, a major point of discussion is to chalk out a plan to restore a billion hectares of degraded land by 2030. Some 128 countries have pledged to UNCCD to achieve land degradation neutrality.

Of these, 70 countries have agreed to be part of the UNCCD’s Drought Initiative under which countries take a mitigation approach to avert drought that includes curbing land degradation.

On April 27, the UNCCD released its second Global Land Outlook that said “some 16 million square kilometres of land — the size of South America — will be degraded if current trends continue.” According to this assessment, up to 40 per cent of all ice-free land is already degraded.

With drought, a grave water scarce era has set in. In 2022, according to the UNCCD assessment, more than 2.3 billion people face water stress. Out of this, “almost 160 million children are exposed to severe and prolonged droughts.”

“By 2050, droughts may affect over three-quarters of the world’s population and an estimated 4.8-5.7 billion people will live in areas that are water-scarce for at least one month each year, up from 3.6 billion today,” assessed the new report.

Water scarcity impacts women and girl children the most. The UNCCD report said in dry lands they “spend as much as 40 per cent of their calorific intake carrying water” every day.

Climate change is going to further the occurrence of droughts, as IPCC forecasts.