Researchers at the Indian Institute of Technology, Gandhinagar say that extreme rainfall events in India will become more prominent because of emissions caused by human activities 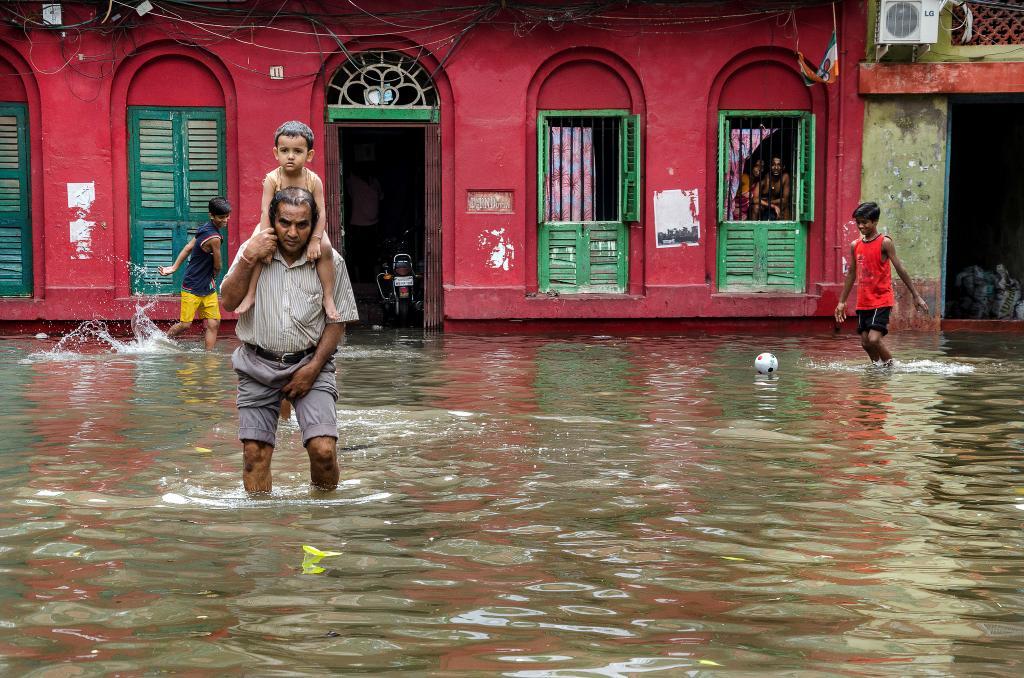 Here is more evidence why we need to worry about climate change. A new study says extreme rainfall events are on the rise in India and attributes the trend to man-made emissions, what scientists call anthropogenic warming. Not just this, the trend is likely to become more prominent by mid-century, particularly in southern and central India.

While previous studies have shown a rising trend of extreme rainfall events, this study has sought to link it with anthropogenic emissions.

Researchers at the Indian Institute of Technology, Gandhinagar, used historical datasets about daily rainfall and temperature from about 7,000 meteorological stations of the India Meteorological Department (IMD), converted it into grids of one-degree spatial resolution.

An analysis of observed changes in yearly maximum rainfall for the period of 1979–2015, showed that it has increased over the majority of India except in the Gangetic Plain, northeastern India, and Jammu and Kashmir. The decline in the Gangetic Plain region can be attributed to a significant reduction in the monsoon season rainfall driven by increased atmospheric aerosols and warming of the Indian Ocean. The increase in precipitation is more prominent in Southern India than in North India during the 1979–2015.

Dew point temperature is a measure of atmospheric humidity, which affects extreme precipitation in the tropical regions. It is considered a better predictor of rainfall extremes than surface air temperature.

In addition to past weather data, researchers used simulations from two sets of models - Coupled Model Inter comparison Project Phase 5 (CMIP5) and Climate of 20th Century Plus (C20C+) – to determine the impact of anthropogenic emissions on extreme rainfall events, under both ‘historic’ and ‘historic natural’ scenarios. This showed that anthropogenic warming leads more extreme rainfall events in India. While ‘historic natural’ scenario includes only natural factors, ‘historic’ included both natural and anthropogenic factors.

“We find that in south and central India, precipitation extremes are more sensitive to warming than north India, which means that south and central India may witness more rainfall extremes in response to climate warming,” explained Vimal Mishra, head of the Water and Climate Lab at IIT-G who led the study, while speaking to India Science Wire.

“Rainfall extremes in the 'historic' scenario are higher by 10-30 per cent than the 'historic natural' scenario, indicating the robust impact of anthropogenic warming on the intensity of extreme rainfall,” said Mishra. The frequency of precipitation extremes is projected to rise more prominently in southern and central India in the mid and end of the 21st century under the greenhouse gases concentration trajectory, RCP 8.5 (representative concentration pathway 8.5), which represents the highest emission scenario.

“Since there is a significant impact of climate warming on extreme rainfall over India, we can expect detrimental impacts of these on infrastructure as well as agriculture. This also highlights the need for initiating adaptation and mitigation to avoid the risk and damage due to extreme rain and flooding,” Mishra added.

Commenting on the study, Dr Roxy Mathew Koll, a scientist at Indian Institute of Tropical Meteorology, Pune, agreed that extreme rainfalls were increasing over India under increasing temperatures, and that the trend was projected to continue in future. The study points out that this increase is very well linked with local increase in temperatures.

However, he said, a greater understanding was needed about possible impact of non-local factors. “The CMIP5 models respond to warming temperatures in a linear fashion (increasing temperature, increasing rainfall) while they do not represent the non-linear factors very well. This means that we need further monitoring of the changes in the region, and improve how local and non-local factors over the Indian region are simulated by the climate models,” he adds.