A weak monsoon cycle, coupled with extreme and excessive rainfall, has caused flash floods in India 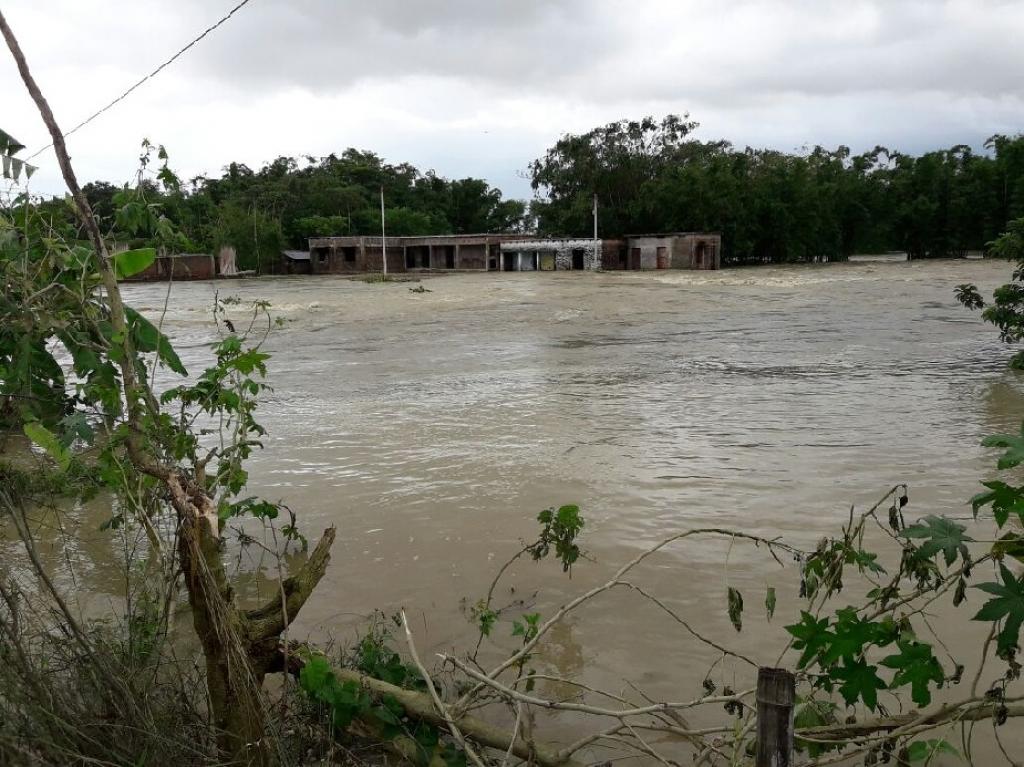 The arrival of monsoon — marked by extreme and untimely rainfall in June — has flooded major rivers like the Ganga and Yamuna as well as their tributaries. This has caused floods in several states such as Bihar and Uttar Pradesh.

Uttarakhand experienced cloudburst and floods in 2013. This is the first time since then that north India is seeing heavy rainfall in June. The rains have led to severe flood-like conditions in the region.

Global warming, urbanisation and loss of traditional flood control reservoirs may be among the reasons behind the anomaly, according to experts and researchers.

Down To Earth analysed the data for June month (2010-2021) from various meteorological departments (sub-division). India witnessed record rainfall in June 2021, excluding the 2013 rainfall. This worked as a catalyst for the flood-like conditions in various parts of the country.

Himalayan rivers of Uttarakhand, Uttar Pradesh and Bihar reached near danger mark in mid-June. States such as Gujarat and Goa in the western region and Assam in the northeastern region are already experiencing floods. Several villages situated on the banks of the gushing rivers have experienced loss of life and property.

Situated near Sharda river in UP, Manpur Karhiya is a village with a population of 20,000. Bikau Nishad from Manpur said floods in June have occurred after 20 years.

“The release of water in Banbasa (Uttarakhand) inundated our fields. I cultivated gourd in a six-acre field, which is now spoiled. The situation is similar for other farmers. The government has not extended any help till now,” he said.

Several regions of UP and Bihar witness floods every year in August. This year, flooding started early from mid-June. Bihar’s Kosi region is already flooded with water.

UP has the highest number of flood-affected people, according to official data. At least 63 villages have been flooded, and 18,620 people affected. Gandak (Bihar), Ganga, Sharda and Ghaghara (UP) are flowing about 0.12 m to 0.57 m above the danger level, according to a report by the National Emergency Response Centre.

Ganga near Badaun district; Sharda in Lakhimpur and Kheri; Ghaghara in Ayodhya and Barabanki are gushing above danger levels.

Between June 21 and June 24, Desang river flowed through the Sibsagar district of Assam and Rishikesh river in Uttarakhand, flowing above high flood level (HFL), the Central Water Commission tweeted.

Ghagra river in the Ballia district has been flowing at a high flood level too. The CWC did not, however, mention Uttarakhand floods in their flood bulletin.

Similarly, rainfall departure in Bihar, eastern and western UP was 359 per cent, 467 per cent and 325 per cent respectively.

He added that heavy rainfall lashed Nepal and other valley regions as well. This has led to rivers overflowing in India. Narayani River (Nepal), known as the Gandak river in Bihar, has also been flowing at a dangerous flood level. Similarly, heavy rainfall in Uttarakhand has resulted in flooding UP’s Sharda river.

On June 24, the IMD forecasted that monsoon in UP and central India may become weak. It added that Assam and other northeastern states, which are already facing the brunt of heavy rainfall, may witness even more rainfall in the next few days.

Dinesh Mishr, who works on the history of flood, drought and famine, said: “People tend to forget these disasters soon. Bihar is devastated by flooding every year in May and November. To say that floods in June are a new thing is wrong. Sometimes, it starts flooding even in May as well. There is no iota of doubt that climate change is real. The government tries to hide these facts.”

DTE analysed the data for major floods of the last decade: as many as 12 major floods had occurred, accruing a huge loss to life and property.

Another research in Nature said the average rainfall is decreasing with the weakening of the monsoon cycle in central India. But extreme or excessive rainfall is rising. The reasons behind both of them could be similar.

The rise in the magnitude and intensity of the El-Nino effect, change in land use and air pollution could be the reason behind extreme rainfall. The report warned that extreme rainfall events can increase by 10 to 30 per cent in Central India.

Floods are considered the worst ecological disaster due to the death and devastation caused.

DTE, in an earlier analysis of flood mortality in India, found that Uttarakhand recorded the highest mortality due to floods: As many as 24,000 Indians died in floods in a decade (2008-July 23, 2019)

According to research published in an international journal over flood mortality which occurred between two decades (from 1995 to 2005):

“Like China, India saw a sharp rise in the number of floods decade-on-decade, but unlike China, India’s flood mortality increased, with 90 floods claiming 15,860 lives in 2006-2015, up from 13,660 lives lost in 67 floods the previous decade. If India could emulate China in terms of reducing flood deaths, the declining global trend in flood mortality seen over the past decade could perhaps be extended.”

Experts consider forecasting as a major tool of management to avoid the damage caused by floods. But there are challenges: Water is a state subject and hence, the Centre as well as the states do not easily come to a consensus over water management. Concerns are being raised over the loss of life and property due to recurrent extreme rain events in Uttarakhand.

On May 5, 2021, the Central Water Commission tweeted:  “Upon receiving a request from J&K, flood forecasting for Jhelum river was started from May 2019. If requested by the Uttarakhand and Himachal Pradesh governments we will be willing to do the same.”

Sharad Jain of the National Institute of Hydrology told DTE, “The flash floods in Chamoli have indicated that flood forecasting should be done throughout the year. We need to be ready with certain standards. We need to be on alert as soon as these thresholds are crossed. We are practising this in coastal areas.”