Cyclones in India, particularly in the Sundarbans, made locals vulnerable to traffickers and drove them into forced labour, the report flagged 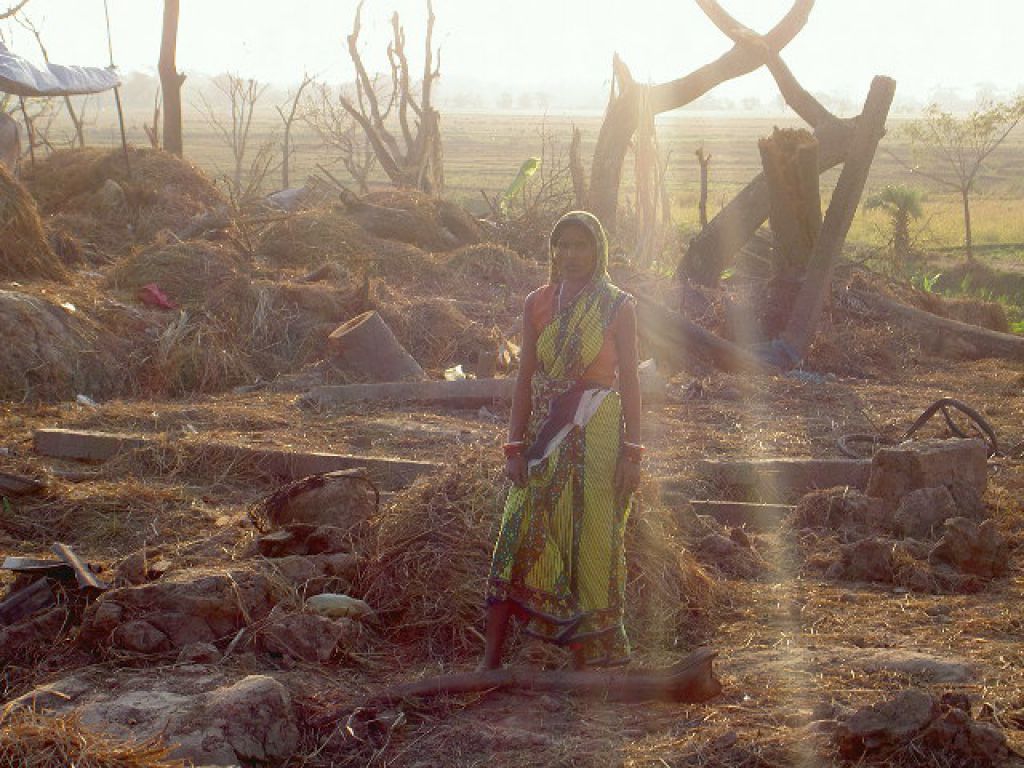 Climate change-induced extreme weather events put women, children and minorities at risk of modern slavery and human trafficking. The phenomenon is on the rise in India, among other countries, warned the International Institute for Environment and Development (IIED) and Anti-Slavery International in a recent report.

The report observed what happened in Sundarbans, for instance.

The delta region is characterised by intense, recurrent and sudden onset disasters, as well as slow onset ecological degradation making large areas uninhabitable. Rising sea levels, erratic rainfall, increased frequency of cyclones, tidal surges and floods, mean that millions of people across the Sundarbans are unable to work for most of the year.

In 2009, Cyclone Aila caused widespread damage to lives and livelihoods. In 2020, during Cyclone Amphan, 400 kilometres of embankment was breached and seawater entered the flood plains resulting in widespread displacement from homes and loss of livelihoods for more than two million people.

Such events made locals vulnerable to traffickers and drove them into forced labour, it said. Human trafficking had increased following the tsunami in Indonesia in 2004 as well.

Severe cyclone and flooding in Sundarbans delta had also reduced the land for agriculture, which is the major source of livelihood. While restrictions were imposed by bordering countries, smugglers and traffickers operating in the affected region targeted widows and men desperate to cross the border to India to find employment.

Women were trafficked and often forced into hard labour and prostitution, with some working in sweatshops along the border.

People displaced and migrating from rural to urban areas with no resources, skills or social networks at their destination, are targeted by agents and / or traffickers in Dhaka or Kolkata.

A case study from Accra in Ghana showed that after drought, the young men and women in northern Ghana were forced to migrate to major cities. The women worked as porters and are at risk of trafficking, sexual exploitation and debt bondage.

At the same time, climate change has made children more vulnerable, flagged the IIED report.

The report established the close relationship between lack of resources, alternative livelihoods, safety nets and the protection against loss and damage as well as debt and exploitation.

The report has been released a month ahead of the Conference of Parties (CoP26) United Nations climate summit in Glasgow, the United Kingdom.

Over 216 million people could be internally displaced by 2050 across six regions due to climate change, according to World Bank estimates. Of these, over 81 per cent will be in Sub-Saharan Africa (86 million), East Asia and the Pacific (49 million) and the South Asian region (40 million).

As many as 55 million people were internally displaced within their countries due to extreme weather events in 2020. This is the highest in the last one decade.

This would be in addition to the existing 40.3 million people living under slavery in the world.

NICEF has repeatedly warned that climate change increases the risk of girls being pushed into unsafe migration / displacement, which can expose them to the risk of modern slavery.

Global climate frameworks including the Paris Agreement in 2015 and Cancún Adaptation Framework (CAF) in 2010 have acknowledged climate-induced migration and displacement.

“This research too identifies climate change as a risk multiplier that makes people who are already vulnerable due to conflict or inequality more likely to become victims of modern slavery,” said Adéla Mackie, fellow, Anti-Slavery International.

Climate and development policy-makers urgently need to recognise that millions of people displaced by climate change are being, and will be, exposed to slavery in the coming decades, the IIED report flagged.

Policymakers should therefore develop targeted actions, at national and international levels, to address the issue. The global and regional discourse on development and climate policy must consider trafficking and slavery risks due to climate shocks.

Several ongoing initiatives — including the Warsaw International Mechanism Task Force on Displacement (WIM TFD), the Sendai Framework, etc — should be coordinated to increase understanding of, and response to, growing risks of climate-induced migration / displacement and exposure to modern slavery.