Mountain specialist birds registered a 10 per cent decline in numbers in 13 years, says a study 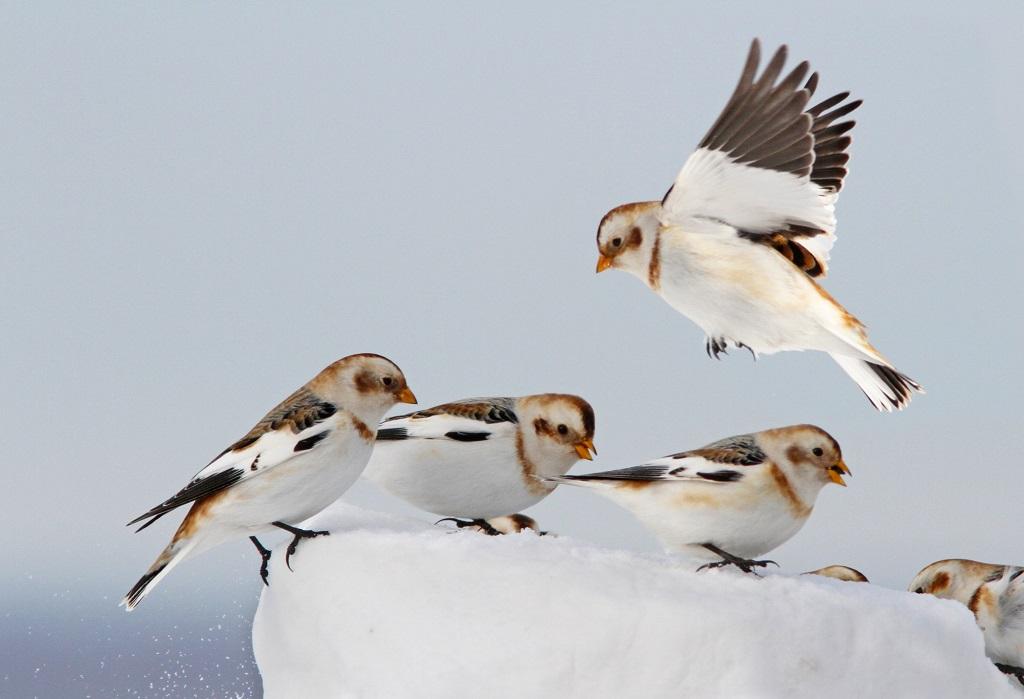 A flock of Snow Buntings, a mountain-specialist bird species, who have also declined in numbers. Credit: Getty Images

Global warming and land use change are reducing liveable habitats of European mountain birds and in turn their populations, says a study.

The researchers from the University of Helsinki found that population of mountain bird species declined by 7 per cent between 2002 and 2014, which is similar to the declining rate in common birds in Europe. But, the mountain-specialist birds showed a significant reduction—10 per cent decline in population.

“On average, population decline among the species studied was 7% over the 13-year research period, making the situation of mountain birds distinctly worse compared to, for example, European forest birds, whose numbers did not change during the same period,” explains Aleksi Lehikoinen, an Academy of Finland research fellow at the Finnish Museum of Natural History Luomus (part of the University of Helsinki), who headed the study.

Other than population, the study also found distribution shifts of species towards mountaintops. “In addition to climate change, an abundance of mountain birds are affected by human land use. For example, on the Iberian Peninsula the reduction of grazing on mountain fields may result in afforestation, which in turn will lead to a decline among mountain species inhabiting open terrain,” notes Päivi Sirkiä, a research coordinator at Luomus.

The study, which was published in the journal Global Change Biology, examined the population trends of 44 bird species in the mountain and fell regions of Fennoscandia, Great Britain, the Alps and the Iberian Peninsula. As many as 14 of the observed species’ population had decreased, while eight of them had increased.

The researchers collaborated with 12 countries for a Europe-wide bird monitoring network. More efforts should be undertaken to identify the causes of decline and to increase conservation efforts for these populations, suggests the study.