At least 26 cloudbursts occurred in the Himalayan region between January and July, 2021 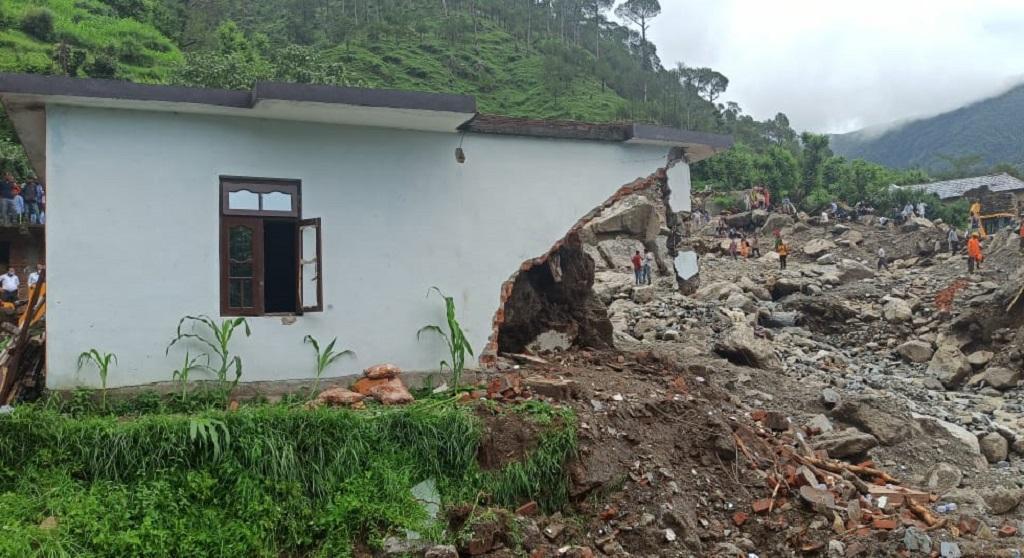 Increasing incidents of cloudbursts in Jammu and Kashmir, Himachal Pradesh and Uttarakhand are a clear evidence of climate change, experts have pointed out.

At least 26 cloudbursts occurred in the Himalayan region from January through July 29, 2021, according to analysis by Down to Earth based on media reports. Some of these incidents were verified by the regional authorities concerned. The Indian Meteorological Department (IMD), however, did not report any of these incidents as cloudburst.

It is a cloudburst when the amount of rainfall in a particular region exceeds 100 millimetres per hour, according to IMD. The minimum threshold is quite high, which may be why only 30 such incidents have been recorded between 1970 and 2016, according to IMD. Some scientists term rainfall between 50 and 100 mm within two hours as a ‘mini cloudburst’.

Cloudbursts in the Himalayan region usually happen in July and August; they started early in May this year.

A rainfall of 50 mm or more within two hours can also be called a mini cloudburst, according to NR Deshpande from the Indian Institute of Tropical Meteorology (Pune). According to his research, several cloudbursts happened on the west coast in June 2021, and in central India and Himalayan valleys in July and August 2021.

Most of these mini cloudbursts occurred during early morning. The research also claimed, based on summer monsoon rainfall data from 1926-2015, an increase in the incidents of mini cloudbursts.

Cloudburst is a local climatic phenomenon, according to experts. It can occur during heavy rainfall with size droplets 4-6 mm falling at a speed of 10 metres per second.

Behind climate change in Himalayas

Oceans are warming up fast, as a result of which moisture-rich air reaches the Himalayan region. This leads to cloudburst. It is likely to occur more with an increase in moisture from the Indian Ocean, said Munir Ahmad from Indian Institute of Technology, Srinagar. He added that a rise in temperature in the Himalayan region and its relation to cloudburst is still a subject of further research.

The rising temperature of the Indian Ocean, however, is a clear indication of climate change, he said.

Why does cloudburst occur?

Cloudburst occurs when moisture-rich air travels up a mountainous region, forming a vertical column of clouds known as Cumulonimbus clouds. These clouds usually cause rain, thunder and lightning. This upward movement of clouds is also known as ‘orographic lift’. Due to these unstable clouds, heavy rainfall may occur over a small area.

The upward movement of clouds provides the required energy for a cloudburst. It usually happens at 1,000-2,500 metres above the sea level. The moisture is usually provided by low-level eastern winds associated with a low-pressure system over the Gangetic plains.

Why does not the system alert before the occurrence?

As many as 5,000 people died in the Uttarakhand floods of 2013. This led to the demand for a better and robust alert system such as doppler weather radar. The radar is yet to be installed in important regions such as the Garhwal region, where cloudbursts are common.

In January 2021, IMD and the state government installed one such radar in Kumaon in Mukteshwar to predict extreme rainfall and cloudbursts in the region.

Doppler radar is ideal for real-time tracking of potential cloudbursts, especially if there is a network that allows it to track the air pressure and moisture, Raghu Murtugudde from the United States’ Maryland University had told DTE May 12.

Currently, the radars are installed in areas 200-300 km away from the Garhwal region, which makes it difficult to predict cloudbursts in the region.