Hunting elephants, rhinos and pangolins for trade may affect climate, says UN paper; here is how

UNODC paper highlights that illegal wildlife trade has implications for ecosystem function and resilience, including to the persistence of carbon stocks 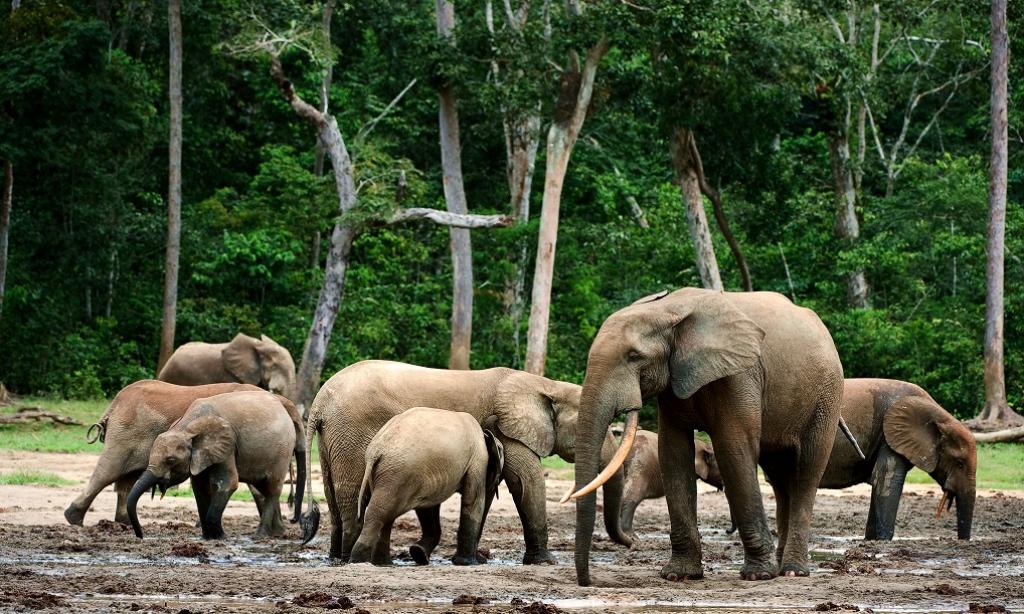 Illegal wildlife trade (IWT), which poses a grave risk to several plant, animal and fungi species globally, should not just be viewed from the lens of conservation. It also has cascading impacts on ecosystem functions and processes that affect the climate, according to a recently released paper by the United Nations Office on Drugs and Crime (UNODC).

The focus on treating IWT as a direct cause harm to species’ survival has so far dominated policy debates.

This has, however, meant that policy debates “have overlooked the effects of IWT on ecosystem services related to climate change”, Illegal Wildlife Trade and Climate Change: Joining the dots, noted.

The document also highlighted five types of relationships between IWT and climate change and showed that IWT had implications “for ecosystem function and resilience, including to the persistence of carbon stocks”.

The paper was released by the UNODC at a side event November 11, 2022, during the 27th Conference of Parties (COP27) to the United Nations Framework Convention on Climate Change (UNFCCC) in Sharm El-Sheikh, Egypt.

One of the examples that the document gave was the genus Dalbergia. Tress in this genus have some of the highest wood densities in all commercial trees, which is why they are trafficked globally despite being protected in many countries and their trade regulated.

“However, their high wood density is also part of the reason that these species are especially important to long‐term carbon sequestration and storage. Removing slow‐growing, high‐density species has outsized impacts on forest carbon stocks,” the document noted.

The paper also highlighted three instances of animals that offer highly specialised ecosystem services related to climate change but are hunted for IWT.

One of them is the African Forest Elephant (Loxodonta cyclotis), which is now critically endangered according the International Union for Conservation of Nature (IUCN)’s Red List. They have declined by 86 per cent in the last 30 years due to habitat loss and poaching for their ivory.

The report calls these elephants, along with white rhinos and pangolins as ‘Ecosystem engineers’. Such species “also shape fundamental abiotic processes such as disturbance, in ways that are significant enough to note alongside other physical processes,” it read.

The report cited a study which said “removing the population of forest elephants … would result in a seven per cent decrease in the aboveground biomass in Central African rainforests.”

Similarly, white rhinoceros (Ceratotherium simum) listed as ‘Near Threatened’ on the IUCN Red List, “affect the carbon cycle through soil compaction and disturbance (bioturbation). In grassland ecosystems, these factors are likely key controls on fires — themselves an important cause of emissions.”

Pangolins (Manis spp.), considered the ‘most trafficked animals globally’ “play unique roles in the habitats where they are found.”

Their diets consist of social insects such as termites and ants, the populations of which they regulate. “Notably, termites are vital decomposers, but that process also results in an estimated 1‐3% of natural global annual emissions,” the report noted.

Southeast Asia’s tigers, pangolins, Asian elephants, and several rosewood tree species are heavily trafficked. “This highlights specific geographic opportunities where there are natural links among policy spheres, including to protect biodiversity from deforestation and IWT, and mitigate climate change,” according to the report.

Lastly, it noted that IWT was also a “reflection of weak environmental governance, and an exacerbating factor to it.”

The paper concluded that reforms should not only mean reducing IWT but also “improving overall environmental and social outcomes”.