As many as 2,067 lives lost to floods in India through the year, the highest in the world due to climate change-induced events 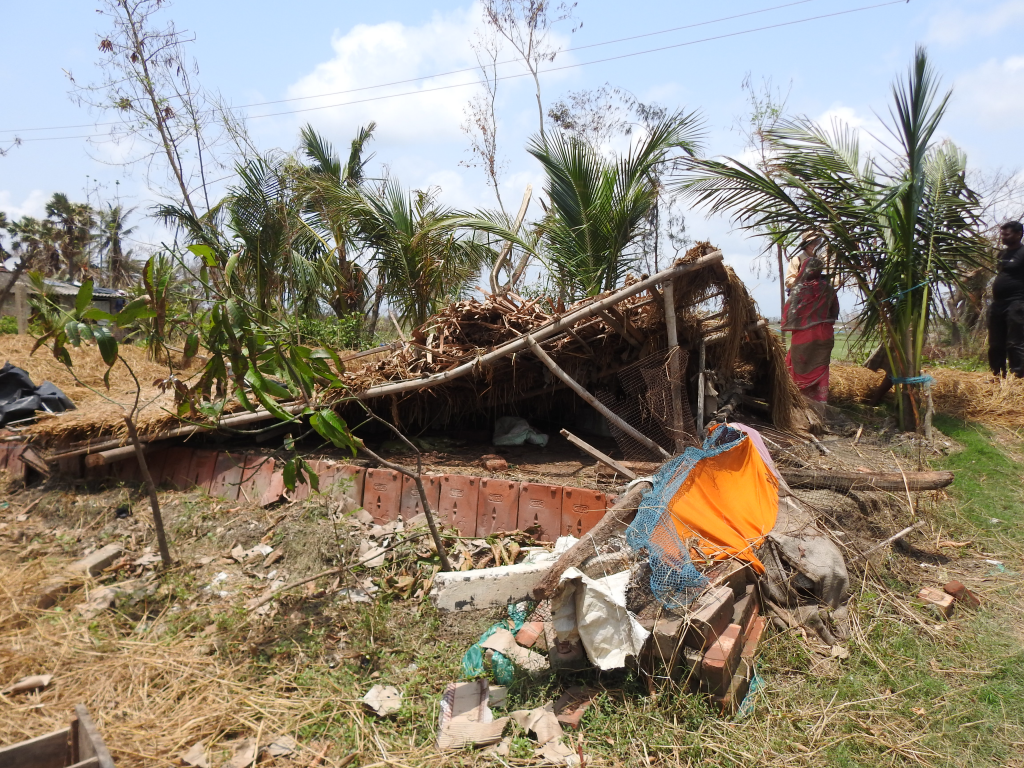 Cyclone Amphan led to the biggest displacement in the world during 2020. Photo: Medha Basu

Floods and Cyclone Amphan in India accounted for maximum loss of lives globally due to climate change-triggered events in 2020. The cyclone, which ravaged Sunderbans in the southern fringe of West Bengal and hinterland including Kolkata in May 2020, led to “the biggest displacement” in world in 2020 caused by a natural calamity.

These were the findings of an international report Counting the cost 2020: A year of climate breakdown released December 27, 2020. It was released by Christian aid, a relief and humanitarian agency based in London.

It listed 15 most destructive climate disasters of 2020 that cumulatively had an expenditure tag of around $150 billion calculated only on insured losses.

The report found that India experienced the highest loss of lives in a single event globally due to climate change-triggered events — as many as 2,067 lives were lost due to floods through the year.

The floods in India also accounted for four million displacements; only second to Cyclone Amphan (4.9 million on global scale). A total of 128 people lost their lives in the cyclone.

“It is clear that the impacts of Cyclone Amphan and floods in India cumulatively endangered the maximum number of lives and livelihoods than anywhere else in the world. Their economic impacts were equally high,” said Kat Kramer, report author and Christian Aid’s climate policy lead.

The report pointed out that “the monsoon season brought extreme rainfall to India, causing floods and landslides. Between June and October, there were at least 2,067 deaths and damages amounting to $10 billion”.

The Christian aid report highlighted how in Kerala, a single landslide in a tea plantation triggered by rain killed 49 people; while Assam floods affected more than 60,000 between May and October with 149 deaths.

In Hyderabad, a city with almost 10 million people, record rainfall of 29.8 centimetres in 24 hours killed 50 people and led to huge losses of property.

“This is the second consecutive year where India experienced abnormally high rainfalls during the monsoon season. And over the last 65 years, the country has seen a three-fold increase in extreme rain events. Climate change is likely one of the cause.”

Amphan, costliest cyclone in the world

Cyclone Amphan — which affected countries in the Bay of Bengal and caused maximum damage within coastal districts of West Bengal of India — “displaced 4.9 million people, accounting for the biggest displacement due to an extreme weather event anywhere in the world in 2020,” the report stated.

The report pointed out that Cyclone Amphan was also the costliest cyclone of the year: It had an economic impact of more than $13 billion (about Rs 96,000 crore).

Various other reports showed that West Bengal suffered the most.

SN Pradhan, director general of India’s National Disaster Relief force (NDRF), had earlier admitted that coastal districts of West Bengal faced the worst impact of the disaster and Sunderbans was the hardest hit.

The figure, quoted in the report, vindicated the West Bengal government’s officially quoted value about the economic impact of the cyclone Amphan, which has not been accepted by the Union government of India so far.

According to the report, the economic impact of the Amphan cyclone was fourth in global climate related disaster list; following the United States and Caribbean hurricanes, China floods and the United States fires in west coast.

“We calculated cyclone Amphan cost to be Rs 103,000 crore, which is quite close to the cost mentioned by the international report. However we have so far only received Rs 1,000 crore from the Centre, which the Prime Minister gave after his visit,” Javed Ahmed Khan, state’s disaster management minister told Down to Earth.

Khan claimed that about 2.7 million houses were either partially or fully damaged during the disaster.

The report, a copy of which is with DTE, pointed out that “Cyclone Amphan was one of the strongest storms on record in the Bay of Bengal, with sustained wind speeds of 270 kilometre per hour”.

Though Asia suffered six of the 10 most expensive extreme weather events, almost all parts of the world suffered due to extreme weather and climate change-triggered events in 2020. “Be it the fires in Australia and the United States, floods in China, India and Japan or storms in Europe and the Americas, almost every part of the globe was touched by climate-related disasters in 2020, with catastrophic results for millions of people”, stated the report.

This report examined the 10 most financially devastating events, each of which racked up losses of more than a billion dollars, alongside five additional events that had lower financial losses but were just as damaging such as floods in South Sudan and Pakistan that killed more than 500 people.

It said that most of these estimates were based on insured losses so the true figure was likely to be much higher. The report reminds that “some extreme weather events in 2020 were devastating in poorer countries; even though the price tag was lower”.

“This report clearly vindicates the finding of a recent climate triggered migration study jointly being carried out by Action Aid International and Climate Action Network South Asia (CANSA), which found that 62 million people are likely to be displaced in south Asia by 2050 due to climate change; with the poor people are most likely to be affected,” said Sanjay Vashisht, director of CANSA.

Harjeet Singh, global climate lead in Action Aid International, said the climate cost estimates vindicated the importance of greater and quicker flow of climate finance to vulnerable countries from rich and industrialised ones.