Despite India’s staunch opposition to UNCS’s mandate on climate change, the securitisation of climate change is inevitable and indispensable. 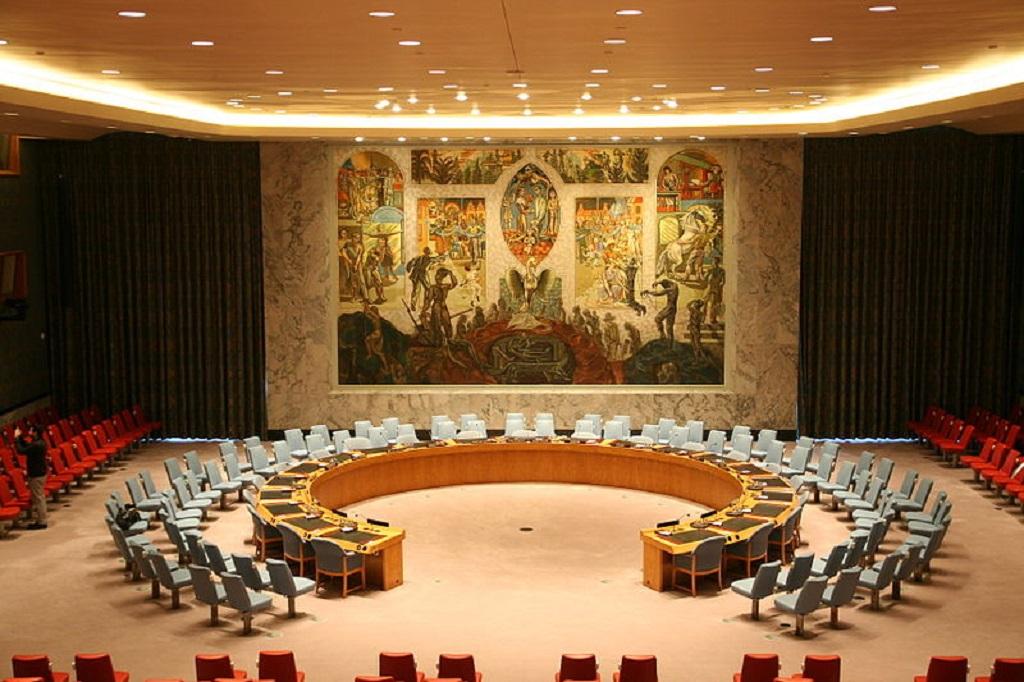 On December 13, 2021, United Nations Security Council (UNSC) failed to adopt a resolution on climate change induced security risks that exacerbates conflict across the geo-political fault lines. India, as the only non-permanent member voted against the draft resolution,  permanent member Russia vetoed it and China abstained. UNSC recorded 12 in favour of the resolution (backed by more than 112 members of the UN).

Despite India’s staunch opposition to UNCS’s mandate on climate change, the securitisation of climate change is inevitable and indispensable.

The draft resolution, sponsored by Ireland and Niger and supported by Kenya and majority of the UNSC members, recommended adopting climate-related security risk as a central component into UNSC’s comprehensive conflict-prevention strategies.

The draft resolution argued that adverse effects of climate change can lead to “social tensions, exacerbating, prolonging or contributing to the risk of future conflicts and instability and posing a key risk to global peace, security, and stability”.

It is to be noted that the UNSC mandate according to the UN Charter is “to maintain international peace and security in accordance with the principles and purposes of the UN”.

Additionally, the draft resolution asked the Secretary-General to submit a report “on the security implications of the adverse effects of climate change in relevant country or region-specific contexts on the Council’s agenda as well as recommendations on how climate-related security risks can be addressed” in two years to UNSC.

The draft resolution was drawn heavily from a German-drafted resolution of 2020 but that was never put to vote due to tough resistance from China, Russia and the United States (under the Trump administration).

Traditionally, the UNSC deals with war and peace. However, since 1999, the UNSC has been addressing human security threats and how poverty can engender conflict and terrorism. Even in 2000, it began considering the risks posed by HIV / AIDS.

At UNSC, Russia and China both have been consistent in somewhat opposing environmental issues to be part of UNSC agenda items.

On the other hand, assertive climate activists may be in jubilation of assuming the greater role of UNSC through its robust verification and monitoring committee (newly establishing) for emission reductions compliances. The committee will intervene in the realm of climate change as the global actions have failed miserably on stabilising the increase of temperature of the Earth.

Generally it has been believed that India’s negative voting against the resolution is a reflection of its long-standing position of opposing any expansion of agenda items of UNSC beyond its Charter. But it needs to be looked at in the backdrop of India’s domestic and international positioning.

India’s long campaign and advocacy on reforming and restructuring post-World War institutions, including a permanent seat at the UNSC, is well-known. Barricading intrusion of climate change into the UNSC agenda and expanding UNSC itself — so far the most undemocratic set-up with five nations deciding world peace — is self-contradictory.

India’s apprehension has conveyed purposefully that only five countries will have a free hand in deciding on all climate-related issues than 196 countries + European Union (EU) as parties to the UN Framework Convention on Climate Change (UNFCCC).

The UNSC functions in secrecy with obnoxious ‘veto’ politics, whereas UNFCCC works in consensus with transparency. The UNSC is the antithesis of what UNFCCC has been collectively progressing through ‘common but differentiated responsibilities and respective capabilities’ (CBDR+RC) of members.

Perhaps India cautiously calculates that sanctions may be imposed against India and other emerging or developing countries under UNSC if they don’t meet their climate mitigation targets. Ironically, UNSC permanent members are the largest greenhouse gas (GHG) emitters — at 50.47 per cent of global emissions in 2020!

In all probability, India has either overlooked or deliberately misunderstood the context of expanding security discourse by linking it into climate change (terrorism is other item in the draft resolution).

While aware of relative ambiguity on defining ‘national interest’ or ‘national security’, it is absolutely relevant to adopt and accept climate change as a threat to national or global security and peace for policy implications.

Even the Prime Minister of India mentioned, during a recent meeting with Small Island Developing States (SIDS) in Glasgow, that climate change is a major challenge not only for the security of lives of islanders, but also for economies.

Comprehensive understanding of climate change-induced threats to nation and region in classical military-strategic prism is very limited and old-fashioned. Gone are the days of 1980s and 1990s when scholars who initiated linking environment and security would be humiliated. We are in the climate emergency epoch!

To contextualise the UNSC debate, it is sensible to explore the environment and security discourse within India that is at its nadir, both in academic and policy.

Too much bad blood has been spilled between proponents of several high-profile development projects and opponents of those projects. Many in the government as ill-advised by less knowledgeable satraps baselessly blame environmental crusaders and champions as impediments to securing so-called national security.

Meanwhile, the Supreme Court has recently said in the Chardham Pariyojana case that ‘there is no doubt that sustainable development has to be balanced with national security requirements’.

Protection of the environment and natural resources for future generations is in part of the safeguarding national security. Perhaps India needs robust research advances on linkages of climate change and security for better policy implications.

Securitising climate change is not to provide UNSC power to bulldoze or obfuscate the achievements of UNFCCC, rather to highlight the urgency of climate action and policy intervention by member countries to secure humankind and its ecosphere.