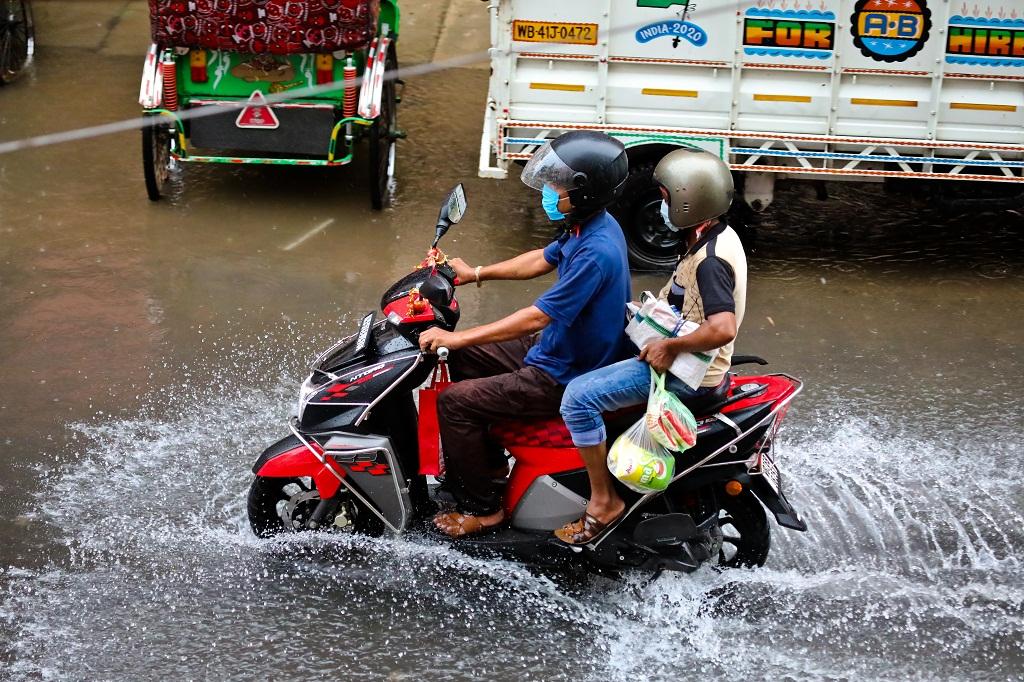 The La Niña started in September, 2020 and is touted to continue through the next six months. Photo: iStock

A triple dip La Niña that scientists had predicted for quite some time is underway, according to the World Meteorological Organization (WMO).

The condition has strengthened between mid-July and mid-August and may further intensify floods, droughts and tropical cyclones around the world, noted the WMO’s latest update released August 31, 2022.

During a triple dip event, La Niña lasts across three winter seasons in the northern hemisphere.

Also read: Is it climate crisis that fuelled flooding in Pakistan?

La Niña is the cooler than the normal phase of the El Niño Southern Oscillation (ENSO) phenomenon in the central and eastern equatorial Pacific Ocean.

There is a 70 per cent possibility that the La Niña will persist from September to November and a slightly lower chance of 55 per cent between December and February, stated the WMO.

During a La Niña event, the sea surface temperatures over the central and eastern Pacific oceans become cooler than normal. This makes the trade winds and associated storms blowing above them stronger than usual.

These strong trade winds and storms cause more rainfall over some regions such as southeast Asia, especially Indonesia and many parts of Australia, but drastically reduce rainfall in other areas such as the Horn of Africa and western United States.

The triple-year La Niña comes at a time when the impacts of global warming are exacerbating ENSO and the phenomenon itself may be affected by a warming atmosphere and oceans.

“It is exceptional to have three consecutive years with a la Niña event. Its cooling influence is temporarily slowing the rise in global temperatures — but it will not halt or reverse the long-term warming trend,” said Petteri Taalas, secretary general of WMO.

Despite La Niña, there have been devastating heatwaves across five continents this summer, leading to droughts and wildfires in many regions. The droughts in the Horn of Africa, Europe and China are particularly intense, showing the impact of human-induced warming of the atmosphere.

The La Niña started in September, 2020 and is touted to continue through the next six months. This implies an intensification of the devastating droughts in the Horn of Africa, the southern part of South America, especially Chile and the United States.

The protracted La Niña, the first triple dip of the 21st century and only the third since 1950, may also lead to an overactive Atlantic Hurricane season in 2022.

NOAA has already issued  storm warnings at the beginning of August. Its National Hurricane Centre is currently monitoring storm development in three regions of the Atlantic Ocean in the next few days.

The continuation of the La Niña may also mean an extended southwest monsoon season for India and the rest of south Asia with exceptional episodes of rain and possible floods. In 2021, La Niña was one of the factors that caused extraordinary rainfall during the post-monsoon season in the southern part of India.

In 2022, an active monsoon caused floods in many Indian states, such as Assam, Meghalaya and other northeastern states in June. It has also affected neighbouring Bangladesh.

The sudden floods in Gujarat in the first two weeks of July and subsequent floods in — Rajasthan, Maharashtra, Odisha, Karnataka and Uttar Pradesh — have an imprint of the La Niña, apart from warming sea surfaces leading to the continuous formation of low-pressure areas and depressions.

More such floods could be expected in the next two months in the backdrop of an active La Niña.

The incessant monsoon rainfall in Pakistan, which has submerged a third of the country and displaced 33 million people, may also have been affected by an active La Niña. Apart from other local climatic factors and the heatwaves that preceded the monsoon season, the phenomenon might have contributed to the devastating floods.

Global warming not only exacerbates the devastating floods and droughts that occur during La Nia but may also impact the ENSO.

The strength of ENSO and the frequency of significant ENSO events have increased since 1950 as compared to ENSO events between 1400 and 1950, according to Tom Di Liberto, a climate scientist at NOAA.

“The Intergovernmental Panel on Climate Change’s Sixth Assessment Report also noted that a higher number of El Niño events in the last 20-30 years have been associated with temperature changes that are stronger in the central Pacific rather than the east,” Liberto wrote in the ENSO blog published by NOAA.

A research paper published in the journal Nature Reviews Earth and Environment in August 2021 predicted a change in the variability of ENSO-associated rainfall and sea surface temperatures in future warming scenarios.

It has also predicted an eastward shift of the phenomenon, most probably intensifying its impact in North America and South America. The study also cautioned against putting too much trust in the models because of the internal variability of the ENSO.

It is difficult to say whether these changes are due to human-induced green house gas emissions or part of natural variations of the ENSO itself, added Liberto.

This is because of the complexity of the ENSO climatic system and the inconsistency of different climate models in accurately predicting the exact impact of a warming atmosphere and oceans on the intensity and frequency of ENSO.