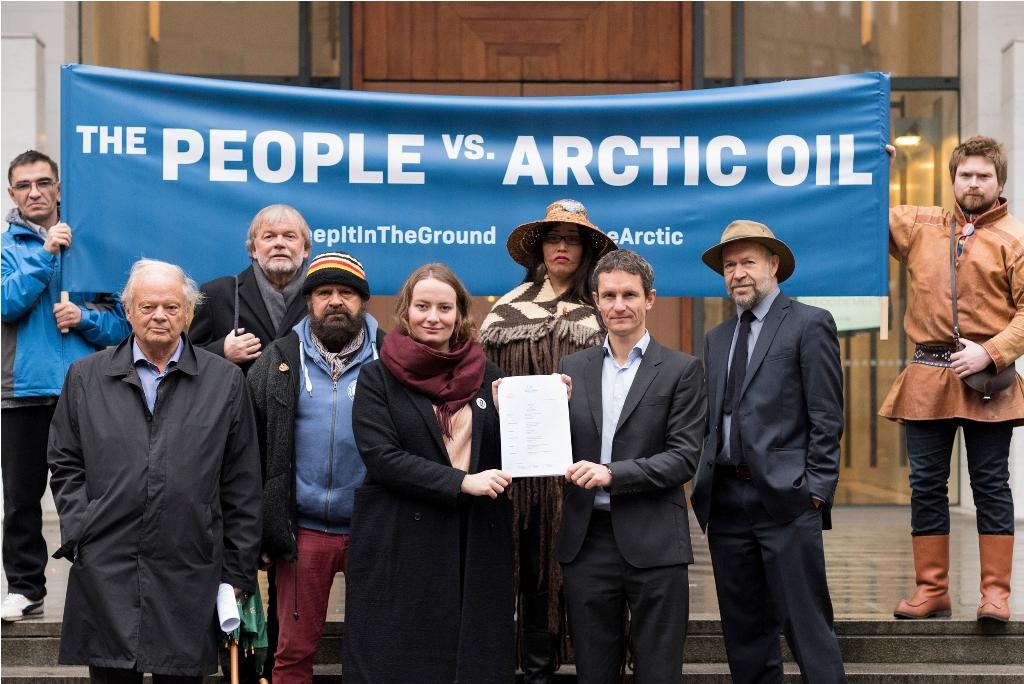 The case was filed on October 18, 2016 (Photo credit: Christian Åslund/Greenpeace)

Environmental organisations Greenpeace Nordic and Nature and Youth have invoked Article 112 of the Norwegian Constitution to challenge the government for allowing companies to drill for new oil in the Arctic Barents Sea.

The environmental organisations have filed a lawsuit against the Norwegian government’s decision to open up new licence rounds that will allow state-owned Statoil and 12 other oil companies to look for new oil in the Barents Sea and lead to drilling of up to seven exploratory wells in 2017.

Norway is recognised for its commitment against climate change, being among the first countries to ratify the Paris Agreement. “Signing an international climate agreement while throwing open the door to Arctic oil drilling is a dangerous act of hypocrisy. By allowing oil companies to drill in the Arctic, Norway risks undermining global efforts to address climate change. When the government fails to redress this we have to do what we can to stop it”, said Truls Gulowsen, Greenpeace Norway, in a press release.

Article 112, passed through a constitutional amendment in 2014, grants every citizen the right to a healthy environment. It states: ““Every person has the right to an environment that is conducive to health and to a natural environment whose productivity and diversity are maintained. Natural resources shall be managed on the basis of comprehensive long-term considerations which will safeguard this right for future generations as well.”

Arguing for the need to stay out of the Arctic, Gulowsen and Ingrid Skjoldvær from Nature and Youth wrote in a blog: “As the polar ice cap melts, desperate oil companies are attempting to move even further north to drill for more of the same oil that is behind the global warming and which threatens the Arctic nature and wildlife with devastating oil spills.” They added that they saw the case as a potential “catalyst for similar legal actions in other parts of the world to keep the fossil fuels in the ground”.

The lawsuit follows similar cases filed in the Netherlands and the Philippines where governments and companies were taken to court for failing to control greenhouse gas emissions and contributing to climate change which could endanger the health of their citizens.