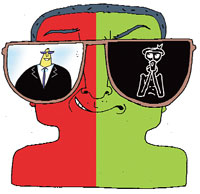 CARS ON MY PLATE

The government does not seem to realise that by neglecting agriculture, it is jeopardising the food security of the country. The pro-industry stance makes me wonder whether we can satiate our hunger by eating cars, cell phones and other machines and industrial products (‘Remember the farmer’, December 1-15, 2010)?

In December, farmers from across Madhya Pradesh came to Bhopal and laid siege to the chief minister’s official residence. They were protesting acute power shortage, spurious seeds and fertilisers. How desperate they must have been to undertake the journey to Bhopal and spend nights in the open in such biting cold with only the sky as the roof? How painful it was to witness all this and not be able to do anything.

Kerala banned endosulfan in 2005. But its neighbouring states, Karnataka and Tamil Nadu, are still selling it and from there the pesticide is finding its way to the state (‘State of endosulfan’, December 16-31, 2010). The ban by Kerala would not be effective unless there is a country-wide ban on endosulfan use and manufacture. The National Human Rights Commission has already asked the government to take administrative and legislative action in this regard. A ban on endosulfan is also being considered at the global level under the Stockholm Convention. Then why the delay? Besides, all synthetic pesticides are toxic. The government should promote neem leaves and urine of cow, buffalo and ox as alternatives to synthetic pesticides. 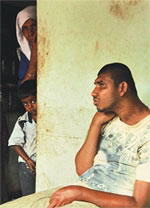 IS IT DUE TO ENDOSULFAN?

Endosulfan is not the only pesticide farmers use in cashew plantations in Dakshina Kannada. Several other pesticides such as sevin, quinalphos and monocrotophos were used rampantly between 1989 and 2001 in the district. Sevin is a known carcinogen. It is, therefore, not right to blame just endosulfan for the health problems there. About a decade ago there were reports of heavy metals causing similar disorders. A rare osteoarthritic disorder, Handigodu Syndrome, also has symptoms similar to the abnormalities mentioned in the article. The government should do medical studies to find out the exact reason.

It is not for lack of common sense that the Central Pollution Control Board tested older vehicles against brand new emission-regulated vehicles (‘Suppressed CNG facts’, January 1-15, 2001). There is clearly more going on in protecting interests and comfort zones than we will ever know. Meetings would have been held before these tests, explaining the way these results are to be read. 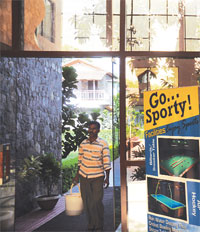 The article ‘You may like to make sure that PIL does not succeed’ (January 1-15, 2011) needlessly ridicules the proponents of tourism in tiger reserves and does not mirror the ground realities. I am not a tour operator but a zoologist who has studied wildlife management and sampled diverse wildlife habitats in India and abroad. I am also well acquainted with the scenario in the governance of our country and its national parks.

While core areas are accorded a high sanctity on paper in India, there are several instances of floral and faunal depletion in the so-called inviolate forest areas. Vigilant tourists can play an important role in checking timber smuggling and wildlife poaching. For this, they must have access to all areas.

Communities living on the fringes of national parks are often against the reserves as the parks restrict their movement. Tourism provides them with economic sustenance and converts them into partners and supporters of wildlife conservation.

Indian ornithologist Humayun Abdulali used to lament that the genuine shikari (hunter) who, until a few decades ago, was regulated by permits and game management rules and served as a check on poachers, has been eliminated. Ever since, a plethora of laws have not been able to prevent poaching.

The polluter pays. It is the principle enshrined in the environmental law of the US. Under the programme called Superfund whoever pollutes is liable to clean up the waste site or pay the government for the clean-up.

So why is it that when the principle is evoked in the context of climate change, the US is not willing to take the responsibility for its historical emissions and pay (‘Deal won, stakes lost’, January 1-15, 2011)? After all, 80 per cent of the world’s population, residing in developing countries, face the threat of global warming due to the pollution caused by rich countries for over 200 years.

NOT A BRIGHT SWITCH

Saying that light emitting diodes (LEDs) are three times more efficient than compact fluorescent lamps (CFLs) is not true (‘Time for bright switch’, January 16-31, 2011). They are about as efficient as CFLs or may be just 10-20 per cent more efficient. If you replace a 15-Watt CFL with a 5-Watt LED, it will use one-third electricity.

But one does not get as much light. LEDs are replacing halogen spotlights in display cabinets in stores, which is a good option. But they are not as efficient as CFLs for general lighting. 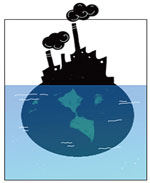 This is perhaps the first time I read about ‘growth within limits’ in an Indian periodical (‘How to approach environmentalism’, January 16-31, 2011). However, I must mention that industrial growth has already crossed all biophysical limits of the earth. I know how shocking and insane it would sound to Indian readers to discuss the concept of zero-growth economy. But the Indian elite must realise that now is the time to stop all industrial projects and begin a phase of degrowth, a journey towards zero-growth economy.

This can be achieved by voluntary simplicity. Several countries in the EU and Latin America are already considering the means to achieve degrowth.

Is sustainability an anti-development concept for India? Be it Sardar Sarovar dam or Jaitapur nuclear power project, development is paramount.

But while considering these development projects, the government should not ignore the needs and demands of the poor. People’s participation is the key to the success of any development project. The lesser the community’s involvement, the greater will be their discontent.

We need to list some big projects like Hyderabad Metro rail that are being pushed in the name of development and modernity without public debate and environmental scrutiny. The year 2011 should herald a new chapter in ushering in transparency.

It is clear that our global leaders are bereft of ideas and initiative. They do not understand what is happening. Humanity is entering a bleak era. A small poem by Matthew Arnold sums it up:

Wandering between two worlds, one dead, The other powerless to be born, With nowhere yet to rest my head, Like these, on earth I wait forlorn.

The editorial itself mentions the long-term solution to the problem of environmentalism. The rich world needs to find ways to reinvent growth without fossil fuels and to grow within limits. Solar energy is the solution to our predicament. Sunlight can be harvested at a quicker pace than we realise.

A new form of environmentalism of the poor and dispossessed is coming to the fore. To me this is a happy confluence of several factors, beginning with the heightened global awareness of the impact of environmental profligacy, a surge in tribal protests in the forested states of India, increasing media coverage of environmental issues and years of efforts by environmental watch groups finding support from a committed forest and environment minister.

A new development paradigm is emerging against the repressive growth strategy practised by China where everything is fair in the name of development. As an Indian I feel proud that in our democratic institution, an active environmental movement and relatively free press are keeping the development debate alive.

Kerala has done a wonderful job by taking a stand against genetically modified (GM) crops (‘Kerala opposes GM rubber’, January 1-15, 2001). If every state government takes a similar stand, the Centre would have no choice but to keep the country GM-free. 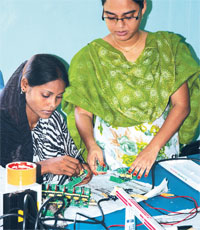 Bangladesh is endowed with plenty of sunshine. Hence solar power is the best option for this densely populated country that reels below the electricity availability line (‘Reaching for the sun’, December 16-31, 2010). Solar power generation can also generate jobs for its vast unemployed youth.

Solar power will also help reduce the burden of diesel and kerosene subsidies on the budget.

NOT A COOL IDEA

At times I think farmers in our country are better off without sarkari advice. What was the Uttar Pradesh government thinking while introducing mentha in Bundelkhand (‘Farmers quit mentha’, January 16-31, 2011)? The region is drought-prone and mentha a water-intensive crop. Instead, why does the government not raise the price of crops that require less water; farmers will voluntarily switch to those crops and benefit.