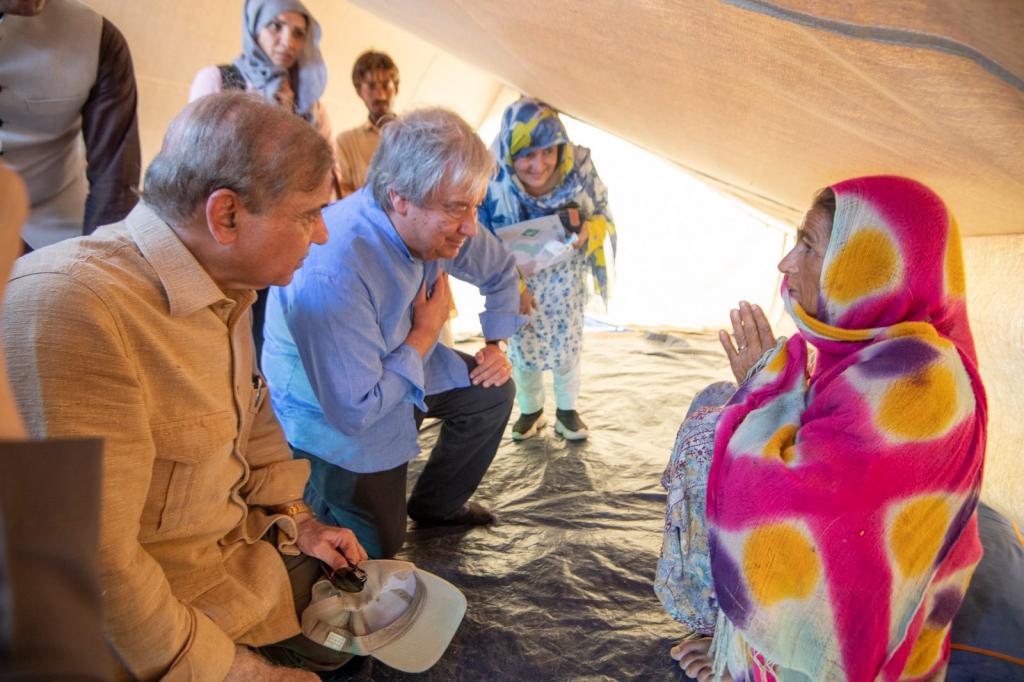 United Nations Secretary-General has urged the rich countries to step up their climate adaptation financing and sought urgent discussions on loss and damage due to the climate crisis. Antonio Guterres was visiting Karachi, Pakistan, which was devastated by floods recently.

The condition in Pakistan is “an epic human tragedy”, Guterres said in a statement. “Climate change is not a problem of the future. It is a problem today,” he said. “And that is why I said in my intervention, and I repeat now, the questions of loss and damage need to be seriously discussed.”

The discussion will hopefully take place in Cairo at the 2022 United Nations Climate Change Conference, more commonly referred to as COP27, the secretary-general said.

It “hopefully will be translated by effective support from the developed world to the most impacted developing countries to build resilience and to adapt to the circumstances that were created by others,” Guterres told the media.

Guterres placed the blame on developed countries, particularly the G20 countries, which are historically responsible for 80 per cent of greenhouse gas emissions. He also requested the G20 nations to boost national emissions reduction targets yearly till the world achieves the warming limit of 1.5 degrees above pre-industrial levels.

Here from Pakistan, I want to reinforce a clear point: Wealthier countries are morally responsible for helping developing countries like Pakistan to recover from disasters like these, and to adapt, to build resilience to climate impacts that, unfortunately, will be repeated in the future.

“People living in high climate vulnerability conditions, including in South Asia, are 15 times more likely to die from climate impacts. Nearly half of humanity is now in this category, the overwhelming majority in the developing world,” he added.

Debt relief for countries struggling to cope with disasters

Developing a programme of debt relief was floated by Guterres that currently only applies to the least developed countries according to a “so-called framework declared” by the G20. It does not apply to middle-income countries like Pakistan.

“So we need new mechanisms of debt relief,” Guterres said.

He strongly advocated the concept of “debt swaps” and explained: “A country, instead of paying the debt to the creditors, uses that money to invest in climate resilience, investments in sustainable infrastructure, and in the green transition of their economies, and this is exactly what Pakistan is. Instead of paying the debt, being able to invest that money in what the country requires.”

The United Nations will be strongly advocating for these solutions at meetings soon at the IMF and the World Bank, along with the G20 summit before the end of the year, Guterres added.