From funding to technology assistance for phase out of ozone depleting substances, a lot is being debated 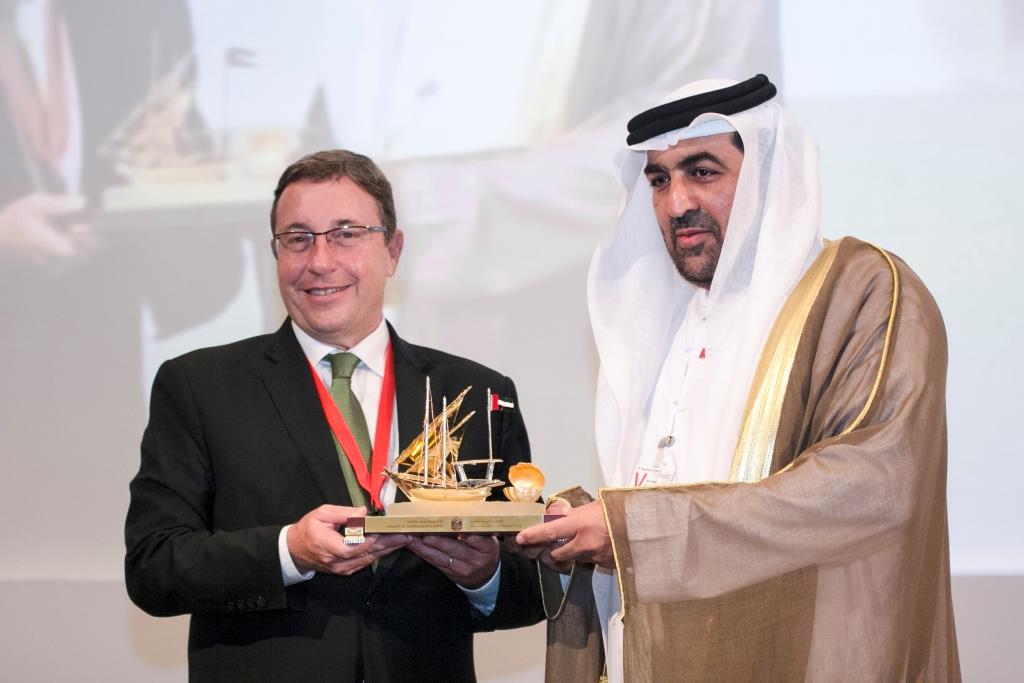 The session on the fourth day of the Meeting of the Parties to the Montreal Protocol (MOP) began with applause over how the meet could assist parties in managing hydrofluorocarbons (HFCs) and moved to a discussion on why it was so relevant before the Paris climate deal. The meet to discuss “Substances that Deplete the Ozone Layer” is being held in Dubai.

Rashid Ahmed Bin Fahad, Minister of Environment and Water of the United Arab Emirates, congratulated all the participants for the progress made so far. He motioned that UAE was committed in reducing greenhouse gas emissions and working on ozone depleting substances (ODS) and has adopted its national policies in line. He stressed the importance of discussing challenges and solutions and hoped that all the items on the agenda will be completed. This was followed by a roundtable discussion on “How the institutions and mechanisms of the Montreal Protocol could assist parties in managing HFCs”.

He also stressed upon the importance of funding and how objectives of developing countries need consideration. He reiterated that Vienna Convention and Montreal Protocol have been important and unique models that haveproved that success can be achieved in coordinated consultation model.  How the outcome from MOP will be important in discussions of the Conference of Parties (COP 21), to be held in Paris next month, was also on the agenda.

Achim Steiner, executive director of the United Nations Environment Programme (UNEP)mentioned how we were in one of the great cross roads to know one another where international diplomacy and sustainable agenda are merging rapidly. He reminded about an article written by Mario J Molina & F S Rowland for Nature magazine, in 1974. A report in the magazine states, “Chlorofluoromethanes are being added to the environment in steadily increasing amounts. These compounds are chemically inert and may remain in the atmosphere for 40–150 years, and concentrations can be expected to reach 10 to 30 times present levels. Photodissociation of the Chlorofluoromethanes in the stratosphere produces significant amount of chlorine atoms, and leads to the destruction of atmospheric ozone.” The discovery made everyone realise that CFCs need to be phased out as they are causing harm to the environment.

A ray of hope

He said that back then, everyone thought that there was a hole in ozone layer and there was no hope that it can be repaired.Buttoday, 98 per cent of ODS has been phased out. Instead of being destructive to economies, it helped economies grow. With 3.5 billion dollars being provided to the developing countries to phase down and phase out of gases, it is estimated by UNEP that 1.8 trillion dollars in health costs is saved and losses in food production of around 460 billion dollars have been avoided by 2060.

He further stated how Montreal Protocol could be the key to make sustainable development goals a success. Also, with improved science and technology and working together, Montreal Protocol will be able to achieve what no country individually can achieve.

Later in the day, financial challenges, flexibility and exemptions were the core discussions. A wide consensus that the executive committee of the Multilateral Fund (MLF) needs to be directed by MOP to develop guidelines was achieved.

A Duraisamy Director of Ozone Cell, a representative of India, seemed focused on the need of addressing technology transfer, including cost of Intellectual Property Rights (IPR), compensation of lost profit streams or gradual production of facilities of HFCs.The need for aid in production plants that help full conversion cost of HFCs to low global warming potential (GWP) or zero GWP was also talked about. Meanwhile, Canadian and the US representatives were quick to clarify that MLF includes patent, royalty fees and designs in some cases. Responding tothis, the Indian representative said that the methodology is inadequate and not implemented.

Countries with low volumes of gases again insisted on how adequate funding is not available for servicing sector and should include training of technicians, awareness, and equipment support to technicians, etc and also on the need for early financing and disposal of the gases.

Developed countries were open to discussing all the issues mentioned by the developing countries. In the last two days, more or less understanding of the needs of developing countries on flexibility, exemptions and financial challenges were put across the table and was agreed that more issues will be discussed on Friday. It is yet to be decided how the discussions in the contact group will be presented as a paper was opposed by some of the parties as it will limit the challenges.