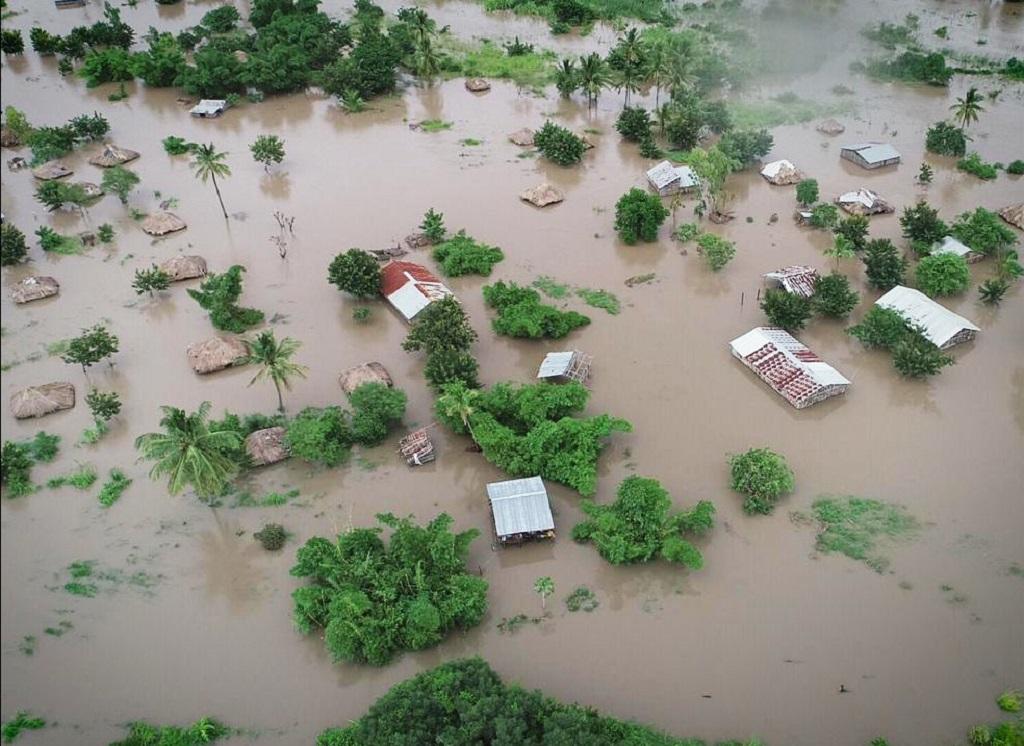 A view of the devastation caused by Cyclone Idai in Africa. Photo: @HarareAi/Twitter

A record seven million people have been displaced globally due to natural disasters including storms and floods between January and June 2019 and the number is estimated to more than triple by the end of the year to around 22 million, according to a new report by Internal Displacement Monitoring Centre (IDMC).

More than 950 climate-related disasters in 102 countries and territories forced seven million people — most of them in Asia and Africa — to flee their homes. It is the highest mid-year figure ever reported for displacements associated with disasters, said the report released on September 12, 2019.

In India and Bangladesh Cyclone Fani triggered more than 3.4 million new displacements in the form of life-saving evacuations. In contrast, Cyclone Idai wreaked havoc in Africa’s Mozambique, Malawi, Zimbabwe and Madagascar. Many people are still displaced.

In Iran, floods affected around 90 per cent of the country. Similarly, floods were devastated regions across Ethiopia, the Philippines and Bolivia. Earthquake in China, drought in Somalia also triggered displacements.

“As world leaders prepare for the United Nation’s climate action summit in New York, they should bear in mind that a record number of disaster events triggered displacement in the first half of 2019, leading to the highest mid-year figure ever reported for displacements associated with disasters,” said the report.

SEE INFOGRAPHIC: Extreme Anomalies — on weather events across the globe between January and June 2019

Besides, conflict and violence contributed to 3.8 million new displacements in 38 countries and territories primarily across Africa and the Middle East, between January and June 2019.

Collapsing peace deals and ceasefire violations in Syria, Yemen and Afghanistan caused a many to flee from their homes in Asia, while regional conflicts, violence, intercommunal conflicts and terrorist attacks affected people living in the Democratic Republic of the Congo, Ethiopia and Nigeria.

“These figures are alarmingly high, particularly as we are only half way through the year. They show that the causes of conflict and inequality are not being addressed, and that displacement is creating cyclical patterns of crisis and vulnerability,” said Alexandra Bilak, IDMC’s director.

The projected displacement of around 22 million by December are based on past trends and the fact that the majority of weather-related hazards occur in the latter half of the year, IDMC said.

For example, late onset of monsoon in India mean that the rains and floods would continue to affect people and trigger mass displacement. In the Caribbean and the US, the hurricane season has just begun, as has the typhoon season in south-east Asia.

This would make 2019 one of the worst years on record for mass displacement by extreme weather events, IDMC said.

Bilak called the international community to support “national governments in their efforts to protect and assist displace people, build peace and invest in sustainable development and climate change adaptation.”