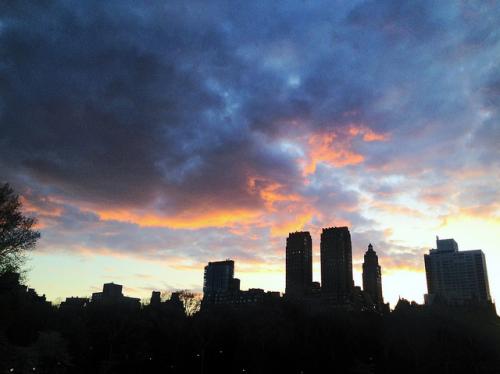 Results from the CLOUD experiment conducted at CERN, the European research organisation, have suggested that pre-industrial atmosphere may have been cloudier than presently thought. The results have been published in two papers in the journal Nature.

It has been believed that sulphuric acid vapours generated from fossil fuel combustion and industrial activity aid cloud formation, and have led to increased cloud cover compared to pre-industrial times. The CLOUD experiment, though, has shown that organic vapours released by trees produce abundant aerosol particles in the atmosphere in the absence of sulphuric acid. These “biogenic vapours” are also fundamental in the growth of the newly formed aerosol particles to sizes where they can seed clouds.

According to the Intergovernmental Panel on Climate Change (IPCC), changes in aerosol levels and cloud formation since pre-industrial times represent one of the largest sources of uncertainty in our efforts to understand climate change processes. Cloud cover and climate are linked since clouds are reflective and produce an overall cooling effect. The CLOUD experiment was conducted by recreating atmospheric conditions in a controlled environment and manipulating them to great precision. It was designed to study cloudiness in pre-industrial atmosphere and to glean the effects of solar climate variability and associated cosmic rays in the formation of clouds.

The experiment was conducted in a stainless steel chamber. Highly controlled inputs of gases and vapours were then effectively cooked by UV lighting passed through optical fibres. Atmospheric conditions were recreated to form clouds as chemical reactions were conducted under UV radiation which acted as a substitute for solar radiation.

The findings of the experiment point towards cloudier pre-industrial conditions as trees served in producing organic vapours and aerosols which together more than made up for the absence of anthropogenic sources of aerosols, with practically no pollution. “Clouds are seeded due to aerosol particle formation. More aerosols would mean more reflective and long-lasting clouds which contribute to cooling. Nature produces abundant particles which can sustain cloud seeding,” states Jasper Kirkby, head of the experiment in an explanatory video on the CERN website.

The CERN high-energy beam has also been used to study mechanisms of galactic cosmic particles in solar radiation affect cloud formation and climates. The experiment finds that ions from galactic cosmic rays strongly enhance the production rate of pure biogenic particles—by a factor 10-100 compared with particles without ions—suggesting that cosmic rays may have played a more important role in aerosol and cloud formation in pre-industrial times than in today’s polluted atmosphere.

“In a few years we will have a better understanding of whether and how cosmic rays affect climate. This should help us in sharpening our climate forecasts and projections,” Kirkby says.