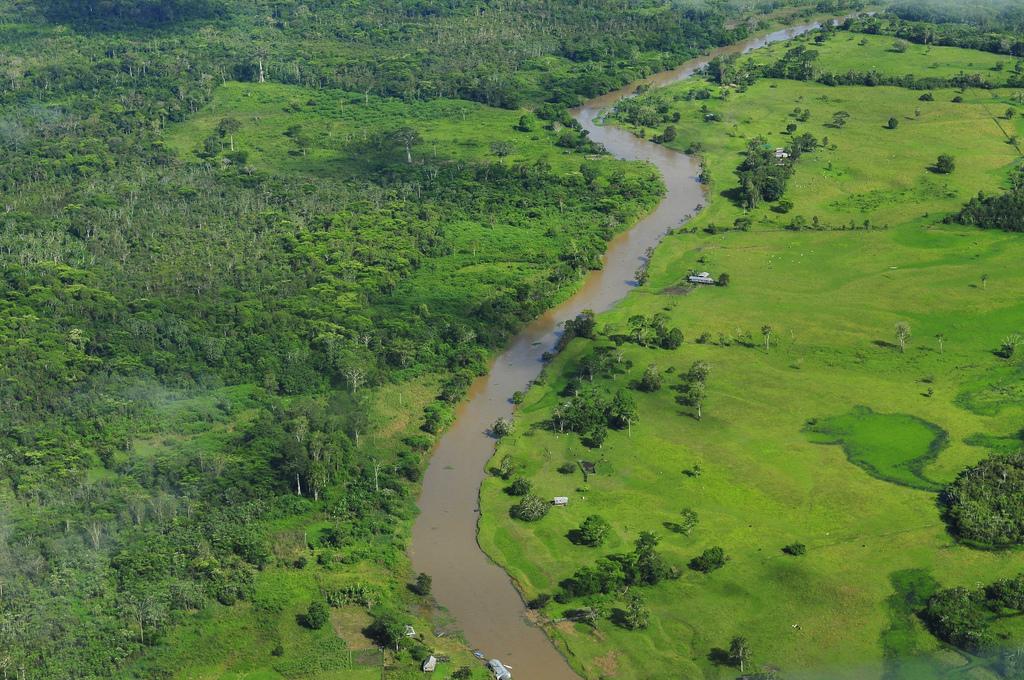 South American forests may be more vulnerable to rising CO2 than those in Asia or Africa. Credit: Golden Saint International / Flickr

Scientists have discovered another factor that decides rainfall pattern in a place—interaction between carbon dioxide (CO2) level in atmosphere and tropical forests. High level of atmospheric CO2 could dry out Amazon rainforest and cause increased precipitation in African and Indonesian forests. According to a study published in Nature Climate Change, large-scale changes in rainfall can happen based on how tropical forests respond to overabundance of CO2 we are emitting into the atmosphere. According to the study, “The plant physiological response to increasing CO2 is a primary mechanism responsible for this pattern.”

“Understanding how anthropogenic CO2 emissions will influence future precipitation is critical for sustainably managing ecosystems, particularly for drought-sensitive tropical forests,” the study observes. It predicts strengthening of zonal precipitation by 2100, with relative increases over Asian and African tropical forests and decreases over South American forests.

The science behind it

Trees have openings in the underside of their leaves called stomata, which open and close to regulate the intake of CO2 and the release of water vapour into the atmosphere. When there is extremely high level of atmospheric CO2, the stomata do not need to open as widely, and therefore, release less water vapour.

According to the study, this small process at the plant level, when replicated across the rainforest, causes changes in the atmosphere, affecting the way winds blow and the flow of moisture coming from the ocean.

Transpiration—the process by which moisture is carried through plants from roots to leaves, where it changes to vapour and released to the atmosphere—contributes as much moisture as evaporated from the ocean that returns as rain. 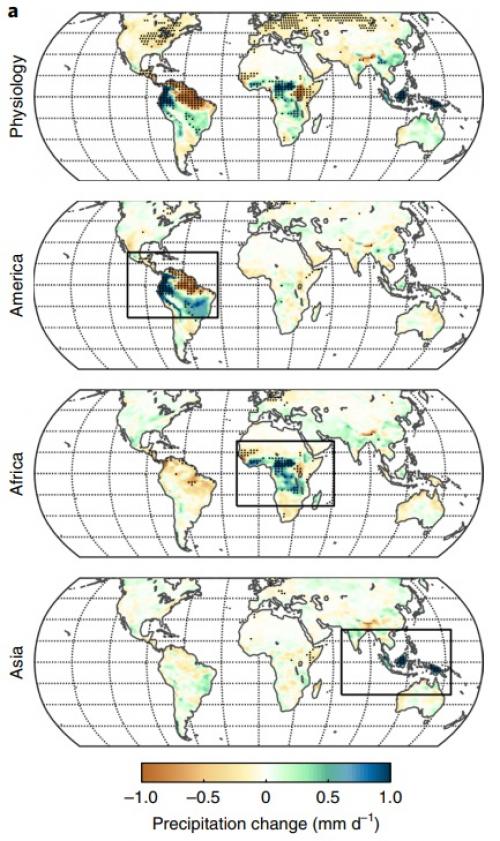 “With higher CO2, trees and forests evaporate less moisture into the air, so fewer clouds are formed above the Amazon,” says Gabriel Kooperman, lead author of the study and an assistant professor of geography and atmospheric sciences at the University of California.

“Our analysis suggests that South American forests may be more vulnerable to rising CO2 than Asian or African forests,” says the study. It has found that the Amazon rainforest is most at risk of drought and forest mortality due to rising CO2. With Amazon releasing less water vapour into the atmosphere and fewer clouds forming over the forest, water vapour from the Atlantic Ocean will not have pre-existing clouds to bond with, and will instead blow over the forest to the Andes.

However, the impact of increased CO2 and reduced moisture will be entirely different in other tropical forests, especially in Africa and on islands in Malaysia, Papua New Guinea and Indonesia. These forests could see increased rainfall as lack of moisture will led to huge increase in surface temperature as compared to the surrounding ocean air, thus, pulling in greater moisture from ocean systems.

The CO2 level in the atmosphere has never been so high at any time in the past 400,000 years. Back in 2013, it surpassed 400 ppm for the first time in recorded history.