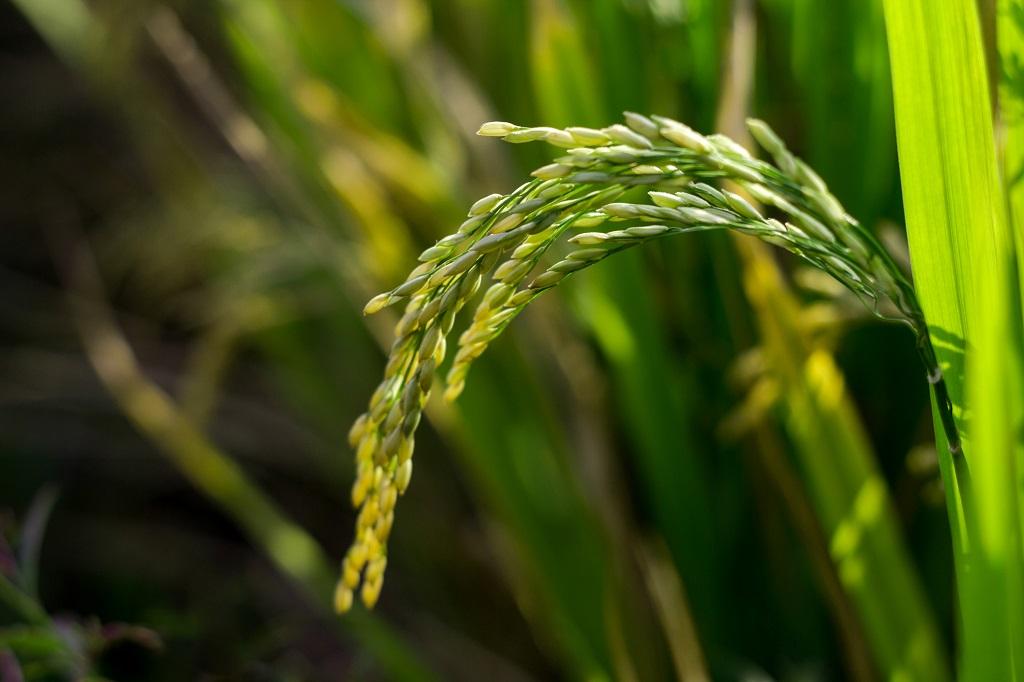 A group of Indian scientists has developed a new salt-tolerant transgenic rice plant by over-expressing a gene from a wild rice called Porteresia coarctata into the commonly used IR 64 indica rice variety. Porteresia coarctata is a native of India, Sri Lanka, Bangladesh and Myanmar and is grown mainly in saline estuaries.

In a report published in journal Scientific Reports, scientists led by Prof Arun Lahiri Majumder of the Kolkata-based Bose Institute, said the new crop can withstand salt concentration of up to 200 micromole per litre or about half as saline as sea water without affecting normal growth and grain yield under greenhouse conditions.

The study has also indicated that inositol, a vitamin like substance found in all plants and animals including human being, acts as a stress-ameliorator and as a switch for a number of other pathways important for imparting salt-tolerance.

There are several plants called halophytes, which are rich sources of salt stress tolerance genes. Porteresia coarctata is one of them. One of the genes isolated earlier by Prof Majumder’s group from this plant,PcINO1 , codes for a salt tolerant enzyme which synthesizes inositol even in presence of salt while the second gene isolated by the group , PcIMT1 from the same plant converts inositol to another compound called pinitol. The researchers over-expressed these two genes into IR64 indica rice. They generated three types of transgenic lines: one with introgression of PcINO1 only, the second with PcIMT1 only and the third with combinations of both.

The rice lines created with PcINO1 gene exhibited significantly higher tolerance, with a salt concentration of upto 200 micromole per litre or higher in pots, with little compromise in growth or other physiological parameters. The two other transgenic lines, one with PcIMT1 gene alone and the second with both PcINO1 and PcIMT1 genes were less efficient.

The scientists then compared the quantities of inositol/pinitol in the three set of transgenic lines. They found that under saline conditions inositol production remained uninterrupted only in the transgenic plant created with PcINO1.

Speaking to India Science Wire, Majumder said, “The new finding indicates that such manipulation of the inositol metabolic pathway may be one of the ways to combat salt stress in plants. Use of plant-derived genes to generate transgenic plants is certainly an advantage . However, we need to do more work to assess performance of these transgenic plants in saline field.”

The new findings assume importance particularly in the context of the growing concerns over the global climate change. There is a particularly need to develop new rice varieties that are salt and drought resistant. Conventional breeding programmes have led to the development of some salt and drought-tolerant rice varieties and they are in use in India and other countries like Philippines and Bangladesh. However, conventional breeding has not been able to meet the requirements fully. There is a need for efforts to develop new varieties through genetic manipulation also.

Besides Prof Majumder, the research team consisted of Rajeswari Mukherjee, Abhishek Mukherjee, Subhendu Bandyopadhyay, Sritama Mukherjee, Sonali Sengupta and Sudipta Ray of Division of Plant Biology at Bose Institute. The work had been supported by funds from the Department of Biotechnology. (India Science Wire)