IIT-Delhi researchers have developed models which are being used by many Indian Ocean rim countries, besides Indian Meteorological Department, for operational purpose 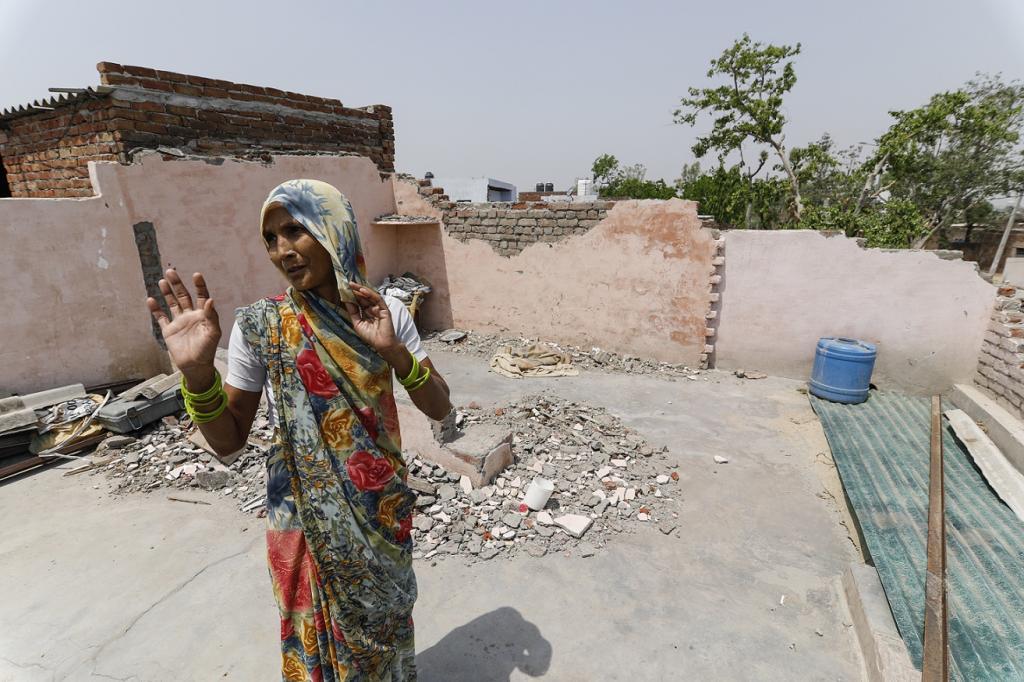 A model used currently by many countries underestimates the magnitude and is inaccurate in predicting the direction of storms. Credit: Vikas Choudhury/CSE

Researchers at India Institute of Technology, Delhi, have come up with an improvised prediction model that promises to help make more accurate forecast of storm surges due to cyclone and other storms arising on the eastern flank of the country, in Bay of Bengal.

Many models are available to predict the effect that wind speed can have upon storm surges. However, across the world scientists use a model called Jelesnianski cyclonic wind model predominantly due to its simplicity.

The researchers at IIT-D wanted to verify if this model can be used in the Indian context also. They tested it out to predict the winds that formed during several cyclones that occurred in the Bay of Bengal since 2010 -Jal (2010), Thane (2011), Phailin (2013) and Hudhud (2014). The model did not work satisfactorily. It was found to underestimate the magnitude and was inaccurate in predicting the direction.

The scientists dwelt on the equations that go into the making of the model and have developed a modified version, which could make predictions that were in tune with the actual speed and direction.

The elevation of water in the sea is determined by factors like shape and geometry of coast, depth of water in the sea, tides and the wind that generates waves. The wind speed along with its direction is important as it directly affects the generation of storm surges.

Speaking to India Science Wire, Prof. A.D. Rao, who conducted the study in collaboration with his colleague, Smita Pandey, expressed confidence that though the improvised model has so far been proven right only on hindsight basis, it will prove to be correct in future too. “We want to continue this study to test this hypothesis for more cyclonic events in the future. IIT-D has been involved in development of models for predicting storm surges and associated vulnerability for many years.The models which are developed at IIT-D are being used by many Indian Ocean rim countries, besides Indian Meteorological Department, for operational purposes.”

Storm surges are a major threat to lives of people in coastal areas, apart from the damage they can cause to property and biodiversity. India has a more than 7,500 km long coastline encompassing nine states which are highly vulnerable to damage by the elevation of sea level due to tropical cyclones that emerge from the Bay of Bengal and the Arabian Sea. Incidences of storm surges are increasing and are expected to increase due to climate change. Accurate prediction of the intensity of storm surges is, therefore, a research priority as it can help in planning the disaster management strategy.

The study, supported by the Indian National Centre for Ocean Information Service, has been published in journal Natural Hazards. (Indian Science Wire)