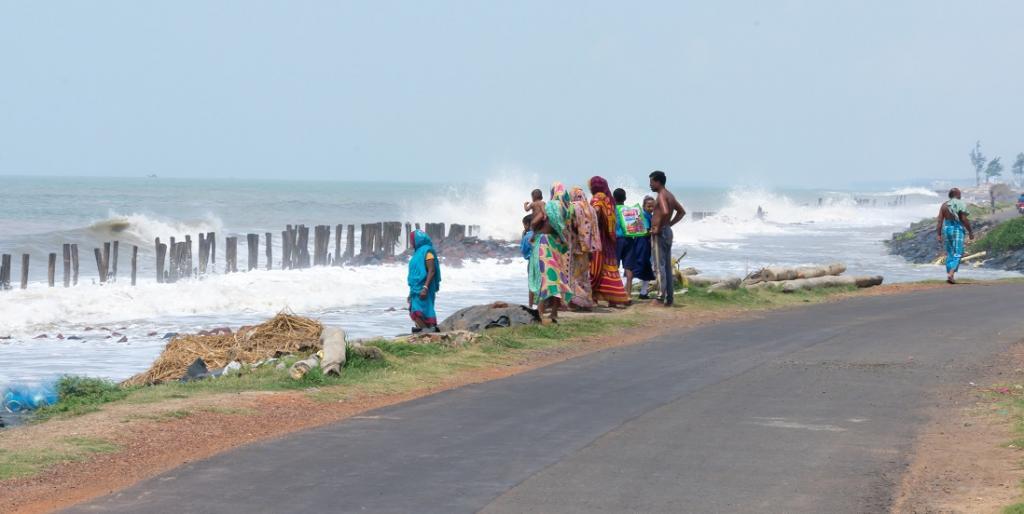 Sea levels along almost the entire Indian coast are rising faster than the global average, according to the World Meteorological Organization’s (WMO) State of the Global Climate in 2021 report released May 18, 2022.

The major reason for the increase in sea levels is the accelerated loss of ice from the ice sheets in the Arctic and Antarctic regions. The increase happened despite the La Nina phenomenon being prevalent during the beginning and the end of 2021.

La Nina is the cooler-than-normal phase of the El Nino Southern Oscillation phenomenon in the equatorial Pacific Ocean. Usually during La Nina years, sea levels are less than the mean.

During El Nino (warmer-than-normal phase) years, they are higher than the mean. In 2021, the global mean sea level rise was close to the long-term trend.

The increase in sea levels is not happening uniformly in all parts of the global oceans. In the Indian Ocean region, the rate of sea-level rise is the fastest in the south western part, where it is faster by 2.5 mm / year than the global average.

In other parts of the Indian Ocean region, including the coastlines, the rate is between 0 and 2.5 mm / year, faster than the global average.

Other regions where the rate is faster than the global average are the western Tropical Pacific, the South-west Pacific, the North Pacific and the South Atlantic.

“Regional patterns of sea-level change are dominated by local changes in ocean heat content and salinity,” the report pointed out.

The Indian Ocean region has previously been described as the fastest warming ocean in the world, with an increase in temperature of one degree Celsius as against the global average of 0.7°C between 1951 and 2015. Ocean heat content had already reached record levels in 2021 globally.

Such a sea-level rise could have major consequences for the millions of people living along the Indian coastline. While gradual erosion of the coastline, subsidence and inundation of deltas are a long-term concern for the people living close to the sea, the immediate concern is to do with the combined impact of tropical cyclones and sea-level rise.

For instance, when a tropical cyclone occurs, the storm surge along with heavier rainfall, sea-level rise and high tides could make the resultant flooding much more intense and hence difficult to manage.

Storm surges may also get intensified if there is a high tide during the time of the cyclone. The combined effect of a storm surge and a high tide is known as a storm tide.

Storm surges and tides bring saline water into agricultural fields and people’s homes, leading to long-term damage, including a decrease in soil quality.

Recent cyclones in the Indian Ocean region have increased in intensity, with greater wind speeds than before which has meant higher storm surges. As sea levels rise, the storm surges will become even stronger and take more seawater onto land, causing inundation.

In the case of Super Cyclone Amphan in 2020, sea water had come in 25 kilometres inland, inundating large parts of the Sunderbans delta which is already the most vulnerable to both, cyclones and sea-level rise in India.

A cyclonic storm hits the Sunderbans every 1.67 years, according to the analysis by India Meteorological Department, Pune. Shorter return periods indicate more frequent cyclones. The researchers studied cyclonic storms passing within about 90 kilometres of the coastal districts between 1961 and 2020.

Sea levels have risen at a rate of 30 mm per year in the Sunderbans delta in the last two decades, with a 12 per cent loss in the shoreline, according to National Aeronautics and Space Administration’s Landsat satellite imagery.

This is more than six times the global average and has already led to the displacement of around 1.5 million people from the delta.

If global warming is not kept under the 1.5°C mark as agreed to by countries under the Paris Agreement by rapid reduction of greenhouse gas emissions, the rise in sea levels and intense cyclones will make places like the Sunderbans unlivable, causing a huge migration of people inland and a cascade of other socio-economic problems.