Six other countries in this group—Brazil, China, France, Germany, Italy and the UK, together with the European Union as a bloc—were found to have undertaken action that is “either completely or mostly consistent with the key requirements of the Paris Agreement” 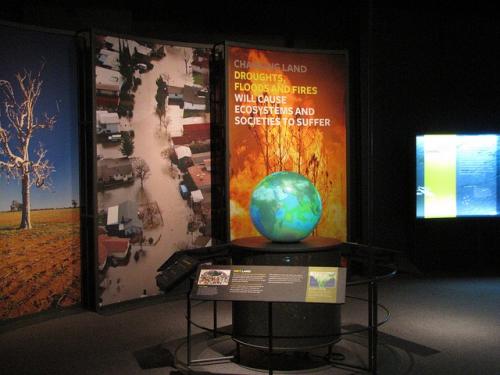 According to Assessing the consistency of national mitigation actions in the G20 with the Paris Agreement, these six G20 countries “lack overall framework legislation or regulation on climate change and need to move from sectoral to economy-wide targets as well as extend the timeframe of their targets to 2030”. These countries are “either behind on meeting their 2020 targets or have not set any”, the report adds.

Six other countries in this group—Brazil, China, France, Germany, Italy and the UK, together with the European Union as a bloc—were found to have undertaken action that is “either completely or mostly consistent with the key requirements of the Paris Agreement”.

The results from the “Paris consistency monitor” are based on an assessment of past and present action by G20 countries against three indicators: the consistency of domestic emission reduction targets with those pledged in NDCs, progress towards meeting 2020 emission reduction targets pledged under the Copenhagen Accord and the Cancun Agreements and past performance in ratcheting up the ambition for climate change mitigation based on the evidence of country responses to the Kyoto Protocol, the Copenhagen Accord and the Cancun Agreements.

An accompanying detailed study of climate change policies in the European Union, China and the United States examined some of the key drivers, including economic factors, institutional settings and features of the political systems, as well as the role of public opinion, interest groups and party politics.

The report on Climate policy in China, the European Union and the United States: main drivers and prospects for the future, says, “Over the past decade, China, the EU and the US have all made progress in developing and implementing climate policies. Yet each of these three jurisdictions faces unique challenges in delivering on, and raising the ambition of, their NDCs to the Paris Agreement. This study highlights where levers for more ambitious climate policies lie and where structural factors as well as economic or political developments will likely (to) help or hinder progress.”

The report draws attention to challenges for the US arising from this month’s presidential election. “For the US, bottom-up action by cities or states could help ratchet up ambition at the federal level. A few proactive states should champion more ambitious US climate policy. At the same time, a committed executive branch could make further use of provisions under the Clean Air Act to advance climate policy at the federal level. However, this seems unlikely to happen under the recently elected Donald Trump,” it says.