Around 10-12 people may have died and property worth a lakh crore rupees destroyed, Mamata Banerjee tells reporters 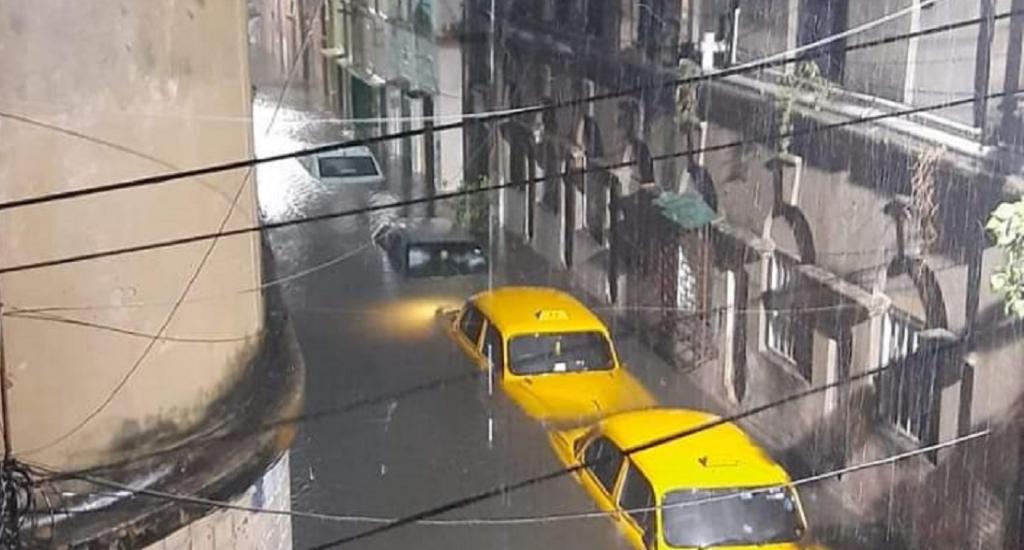 Cyclone Amphan has caused unprecedented damage throughout almost the whole of south Bengal, including Kolkata, after it made landfall near Sagar Island on the afternoon of May 20, 2020.

Detailed information could hardly be gathered as the telephone network has temporarily died throughout the Sundarbans.

However, it is understood that western part of the mangrove forest and Unesco World Heritage Site was severely impacted after the landfall occurred at about 4.30 pm, opposite Lothian island and close to Gangadharpur near Kakdwip.

The landfall in the Sunderbans started at about 2.30 pm and continued till 6.30 pm, according to the India Meteorological Department (IMD). Sagar, Namkhana, Kultali and Patharpratima blocks have been most affected.

The damage seemed to be enormous from whatever information had been trickled in, West Bengal Chief Minister Mamata Banerjee told reporters from the Nabanna (the state administrative headquarters) control room.

“It’s a bigger disaster than Corona. It seems that we are standing within ruins and will have to start from scratch,” Banerjee said.

“Around 10 to 12 people have lost their lives and we might have lost property and infrastructures amounting to a lakh crore rupees. Houses, embankments, bridges and lamp posts have been damaged. Innumerable trees have been felled,” Banerjee added.

She requested support from the Union government on “humanitarian grounds”.

Incidentally, almost the same part of the Sundarbans was devastated last November by Cyclone Bulbul and the state government had asked for a financial relief package to the tune of Rs 23,000 crore from the Union government.

Political wrangling on the package is still ongoing. Amphan seems to have caused much bigger damage, which explains Banerjee's demand.

“We have been devastated,” Sk Adalat, from Mousuni island, adjacent to Sagar island, struggled to make himself hear over the phone as the cyclone rolled in.

“We have never experienced such a storm and a major part of the island has been inundated apart from damage to houses and felling of trees. We now have no clue as to how deadly the damage has been,” the former Panchayat Pradhan said before the line went dead.

Embankments have been broken in Hingalgunge in the Sundarbans, within the North 24 Paraganas, while the jetty at Kachuberia entry point in Sagar island has caved in, according to sources. 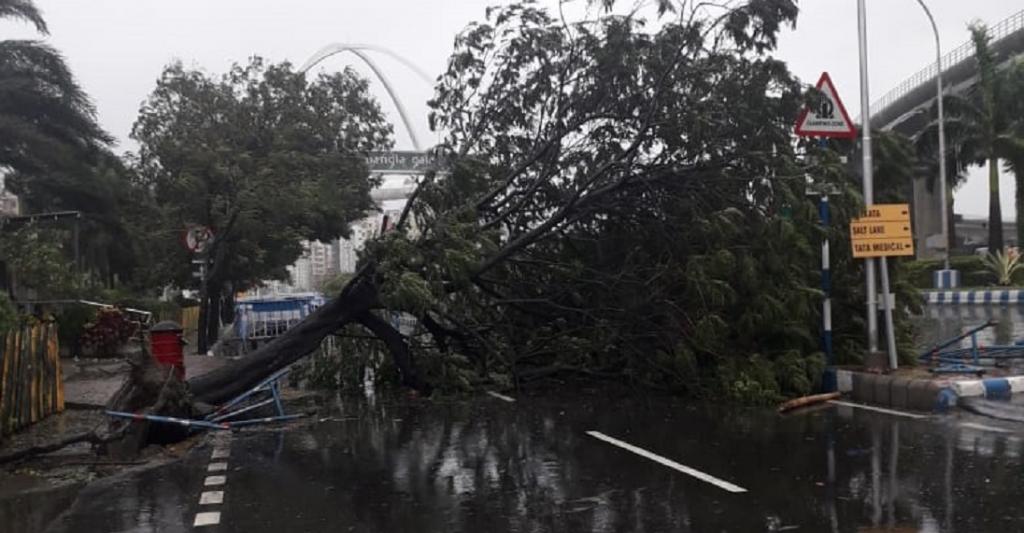 The damage has been no less in Kolkata city and its south-eastern outskirts, including a number of urban and peri-urban areas like Baruipur, Rajpur Sonarpur, Minakhan, Salt Lake and New Town.

At about 8.30 pm, the cyclone came closest to Kolkata, though the eye eluded the city, passing through its eastern fringe. The 9.20 pm IMD bulletin said the wind speed would gradually reduce to 100-120 kilometres per hour (kmph) in the early hours of May 21, before it enters Bangladesh.

The city experienced the highest wind speed of 133 kmph in the Dum Dum area, according to IMD, though a wind speed of 130 kmph was predicted earlier. The Alipore observatory recorded 114 km per hour.

“I have never experienced such a high intensity cyclone in my life. It has been really scary,” Ajoy Chakrabarty, an exponent of classical music and recipient of the Padma Bhushan, who resides in southern Kolkata, said.

“Almost 200 trees have been uprooted at various points in the city, blocking almost the entire city,” a senior Kolkata Municipal Corporation (KMC) official, said. “Some information of house collapse has been coming in,” another said.

A large part of the city has become dark as the electricity got disconnected due to the cyclone. “The sustained rainfall along with the cyclone has caused more impact. The combination is making it difficult for us to start restoration work on the ground,” Debasish Kumar, former mayor-in-council of KMC, said.