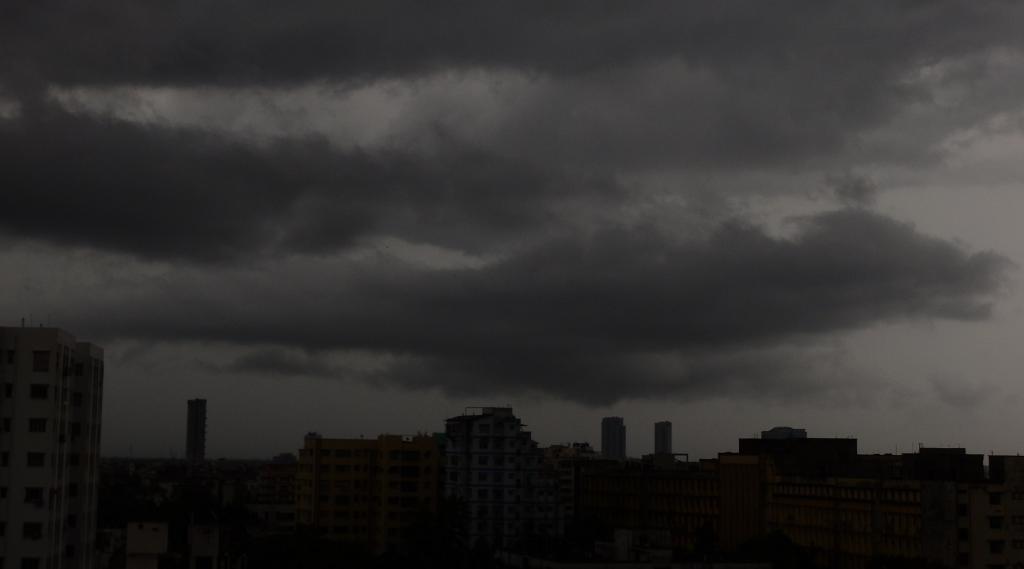 Kolkata and its satellite towns such as Salt Lake and New Town, faced the fiercest cyclone in decades, with winds that can reach up to 130 kilometres per hour (kmph) around the city.

It was expected to severely impact Kolkata and its surrounding areas as it was likely to move towards Bangladesh through the open space of the East Kolkata Wetlands, according to experts from the Indian Institute of Technology-Kharagpur (IIT-K).

The last big storm to hit Kolkata was Aila in 2009, with a wind speed of about 70 kmph.

The 1 pm bulletin of the India Metrological Department (IMD) showed that Amphan had turned into a marginally less virulent, but still extremely severe cyclonic storm.

It started making landfall in the afternoon.

SUCS AMPHAN about 65 km east-southeast of Digha (West Bengal) at 1430 IST of 20th May. Landfall process commenced since 2:30 PM. It will continue for about 4 hours. The forward sector of the wall cloud region is entering into land in West Bengal. pic.twitter.com/Ma7gVEVMri

During landfall, the water surge in the Hooghly river was expected to go up to 4-6 metres.

The cyclone was likely to land in the region covering Sagar Island, Kakdwip and Gangadharpur in the South 24 Paragans district, an official from the West Bengal disaster management department said on the condition of anonymity.

“We have evacuated about 0.3 million people from low-lying and vulnerable areas, including 0.2 million from 24 Parganas. The saving grace is that the experience of Cyclone Bulbul is prompting people to cooperate with us and they are shifting to storm shelters from kachha and even old pucca houses,” the official said.

“After making landfall at about 125 km from Kolkata, the cyclone will take a turn east, towards Bangladesh,” GK Das, regional director of IMD’s regional centre, said.

Scientists from IIT-K, who have a research station in the Sundarbans, predicted that the East Kolkata Wetlands would lie in the path of the storm.

“After making landfall in Sagar, Kakdwip and Patharpratima within the Sundarbans, the cyclone is likely to move towards Kolkata before it takes a turn east towards Bangladesh, possibly passing through through the East Kolkata Wetlands region, east of Rajarhat,” Abhijit Mukherjee, a professor of IIT-Kharagpur, said.

“We have been intimated that the cyclone will pass through the eastern fringes of Kolkata. In that case, the municipal wards in east Kolkata, on both sides of the Eastern Metropolitan Bypass, are expected to be the most affected,” state disaster management minister Javed Ahmed Khan told Down To Earth (DTE).

“The cyclone is likely to pass through extremely dense areas such as Bhangar, Minakhan, Baruipur and Joynagar and we are trying to do whatever possible to minimise the damage,” Khan added.

“In Kolkata, we have kept about 34 teams of rescuers ready for emergency operations, including removing uprooted trees. More than 1,000 people will be on their feet and senior officials will be in the control room,” Debasish Kumar, a former mayor and council member of the Kolkata Municipal Corporation (KMC) and a key member of the board of administrators running the civic body, said.

“The dilapidated buildings in the city is the main concern as there can be many casualties if they collapse. We have about 100 such buildings,” a senior official in the KMC said.

“We are trying to convince their residents to be shifted to nearby community buildings,” Kumar said.

“There are nearly 1.5-2 million slum dwellers and squatters in Kolkata, many more if you consider the hinterland areas. Many of them live in semi-pucca, brittle and temporary sheds. As of now, we have no structure in place to house them as we do not have any infrastructure to shift even a few,” an urban development expert said.

“Let us keep fingers crossed and hope that Amphan will not cause significant damage in and around Kolkata,” a senior minister said, when DTE pointed out the threat to lives of slum dwellers and squatters.