Surplus June rainfall in Bihar may be an outcome of climate change, claim experts

Thousands displaced; most rivers and their tributaries overflowing 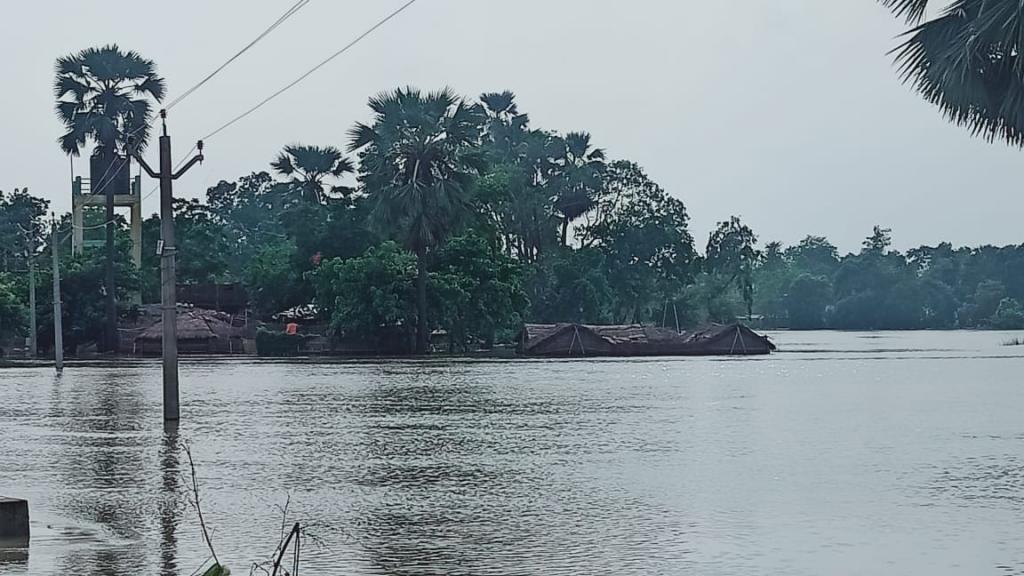 Bihar has received surplus rainfall in June following the arrival of monsoon for the second year in a row. Through June 22, 2021, the state had received 269.3 millimetres of rainfall — 171 per cent surplus than normal (99.3 mm).

The state had received surplus rainfall (305.9 mm) in June 2020. The local meteorological office has forecast more rainfall in the coming days.

The phenomenon is unusual, according to weather experts. They have not ruled out the impact of climate change behind it.

The surplus rainfall has farmers and poor living in the catchment areas of Gandak, Burhi Gandak, Bagmati and Koshi rivers in Nepal worried.

Districts in north Bihar are among the worst hit: Thousands of villagers have been displaced. They have taken shelter on the high-rise embankments and national highways in flood-affected districts of East and West Champaran, Gopalganj and Muzaffarpur.

Most of the major rivers as well as their tributaries are overflowing. A few have breached the danger mark. Most displaced people have erected temporary covers over their heads with black polythene sheets.

Sanjay Kumar, weather scientist at India Meteorological Department (IMD), Patna, said Bihar recorded surplus rainfall in June 2020 and 2021. “This is the maximum rainfall the state has received in the last decade in June,” he said.

“Heavy rains in the first leg of monsoon resulted in surplus rains in June in 2020 and 2021. This needs to be studied but one thing is clear: It has a direct link with climate change, even as there is no documentary proof so far. It is an example of the active monsoon,” Sanjay said.

The state received almost double the normal rainfall in the last 22 days, he said.

The official figures suggest that over a dozen of the state’s 38 districts received excess rains; the remaining districts recorded moderate and normal rains in June.

According to official data, some places in West Champaran recorded heavy rainfall in the last week. These include Lauriya (200 mm) and Valmiki Nagar (170 mm).

According to IMD’s annual rainfall reports, Bihar receives 1,027.6 mm rainfall in a normal monsoon year; the average annual rainfall through the year in all seasons is 1,205.6 mm.

“This was the first time in several years that June received almost double the normal rainfall,” he said, adding that surplus rainfall in June may be a result of climate change.

Sattar said normal rainfall was a boon for kharif crops, preparation of nursery and subsequent transplantation of paddy in south Bihar districts. “Timely onset of monsoon and sustained rains due to favourable meteorological conditions are two main factors behind record rainfall,” said Sattar.

The state water resources department said all embankments were safe and that there was no need to panic. Reports, however, said the pressure on the river embankments increased after the discharge of a record amount of water into the river from Gandak barrage last week.

Authorities in flood-prone districts have asked people living in vulnerable and low-lying areas to shift to safer places. The state government has asked engineers and district officials to maintain round-the-clock vigilance.