Triple whammy: 3 weather systems to cause intense precipitation across India from December 1

Low pressure areas over Bay of Bengal and Arabian Sea and western disturbance over Afghanistan likely to induce rain, snow 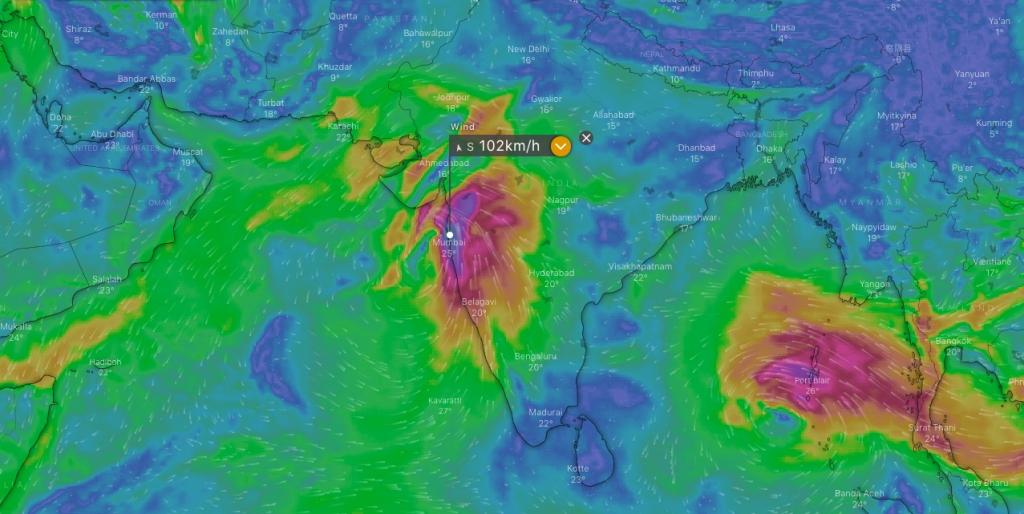 A snapshot of the depression in the Arabian Sea on December 2 at 1:00 AM, based on ECMWF data

India might be in for a triple weather threat in the coming days. Three weather systems coming in from different directions will likely cause intense precipitation in most areas across India from December 1, 2021, according to the India Meteorological Department (IMD).

Two of these weather systems might also interact with each other, increasing the uncertainty of what may be expected from them and posing challenges for weather forecasters and the government administration on the ground in the affected areas.

Two of the systems are going to begin their influence on India’s weather November 30 and another December 1. 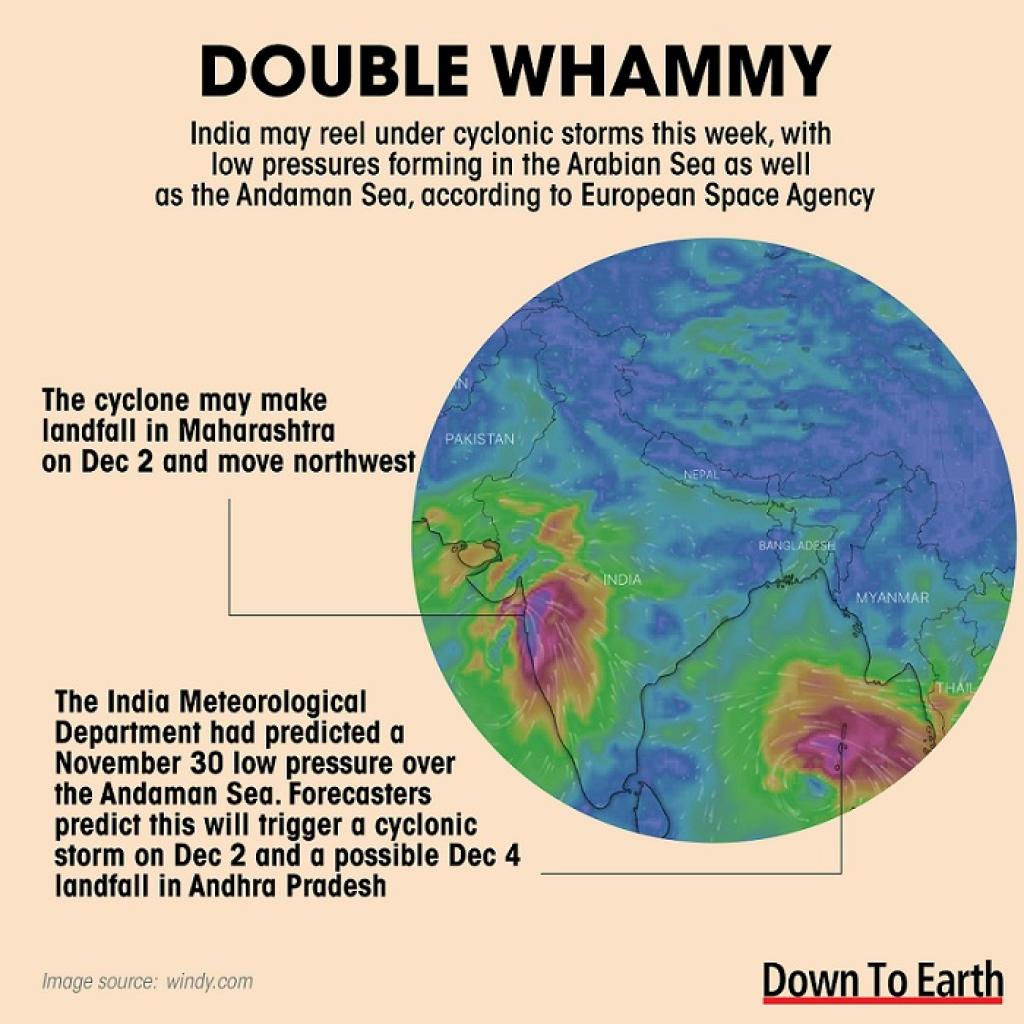 IMD predicted the formation of a low pressure area over the Andaman Sea November 30. This system will likely move in a west-northwestward direction and intensify into a depression in the subsequent two days.

Global Forecasting System data from the United States, as represented on the weather analysis and visualisation website windy.com, showed the system intensifying into a cyclone with wind speeds in excess of 100 kilometres per hour and moving close to the Odisha coast by the early morning hours of December 4.

On the night of November 30, a western disturbance coming in from Afghanistan is likely to start affecting northwestern and central India, the weather agency said.

This may cause rainfall / snowfall in Ladakh, Jammu and Kashmir, Uttarakhand and Himachal Pradesh between December 1 and 3. The maximum impact will be felt December 2. 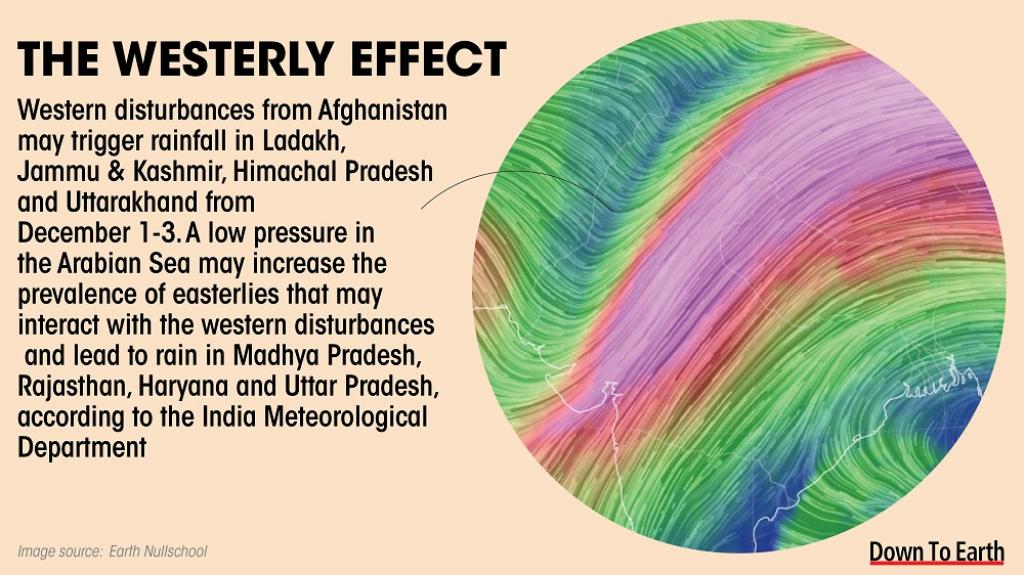 The third system is another low pressure area forming off the coast of Maharashtra December 1. The system is likely to induce heavy rainfall over the Konkan and central Maharashtra regions.

In fact, ECMWF data on windy.com showed that the system might gain cyclonic wind speeds in the early morning hours of December 2. The GFS data on windy.com does not show such an occurrence, making the information a bit uncertain.

The low pressure area in the Arabian Sea will likely increase the prevalence of easterly winds that might interact with the western disturbance. This interaction might cause rainfall in some areas of Madhya Pradesh, Rajasthan, Haryana and Uttar Pradesh, according to IMD.

This is the second time in the last two months that such a multiple weather systems event would occur over India. In October, Kerala and Uttarakhand suffered from devastating floods due to such an event.

The town of Nainital, which experienced the greatest damage and highest number of deaths due to the floods, received almost 280 mm of rainfall October 19 as against a normal of 1.1 mm, which would be more than 250 times the normal.

Similarly, Kerala had already received 90 per cent of the rainfall it receives in the post-monsoon season by October 21.