Floods and fury: How multiple weather systems caused by climate change are at play

More than 80 people have died in Kerala and Uttarakhand floods 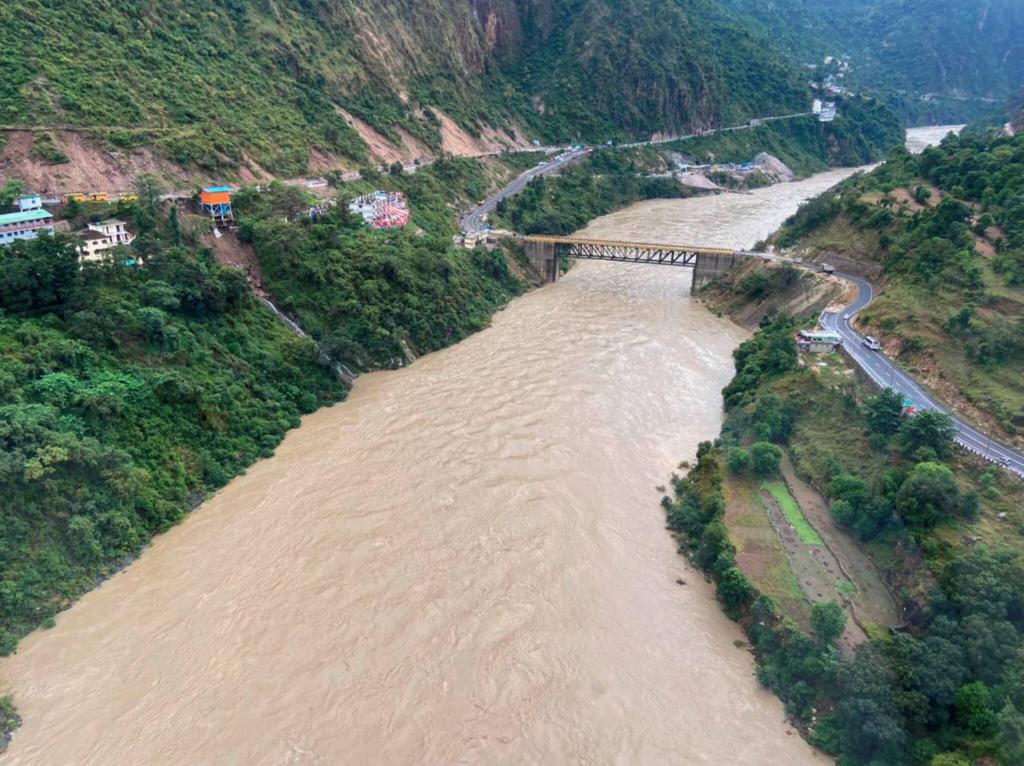 October 2021 has followed the footsteps of September in terms of excessive rainfall across India. Kerala and Uttarakhand experienced devastating flash floods and landslides; more than 80 people have died so far.

It is surprising the excess rainfall happened when the southwest monsoon was in its retreating phase and the northeast monsoon had not yet set in. These are the two major rain-bearing systems over India.

The rainfall has, instead, been caused by the occurrence and interaction of multiple weather systems over the subcontinent that was, in turn, impacted by localised weather and global climatic factors.

The events have, once again, hinted at the role of climate change in bringing together multiple events leading to a catastrophe. The events also stress that the environment — rural, urban and forested — is not in a state to cope with the intensity of rainfall being witnessed.

From October 1- 21, 22 Indian states and Union territories received excess (six) or large excess (16) rainfall, according to data from the India Meteorological Department (IMD).

As many as 59 per cent of districts in the country received excess or large excess rainfall till October 21, showing a country-wide spread except North East India, which has been going through an extended dry phase.

On October 19, the severity of the rainfall and flooding increased by multitudes. The state received more than a hundred times its normal rainfall for the day. In absolute terms, the rainfall was 122.4 mm as against a normal of 1.1 mm.

Seven out of 13 districts recorded more than 125 mm of rainfall. Nainital, which experienced the greatest damage and highest number of deaths due to the floods, received almost 280 mm of rainfall on the day as against a normal of 1.1 mm, which would be more than 250 times the normal.

Floods in Kerala started around October 15, but the state has been receiving rainfall since the beginning of the month. As of October 7, Kerala had received 55 per cent excess rains. By October 18, this figure had gone up to 142 per cent.

By October 21, the figure came down to 128 per cent, but the state had already received 90 per cent of the rainfall it receives in the post-monsoon season, mainly from the northeast monsoon which will begin only from October 26.

The state still remains on high alert as IMD has predicted more rainfall in the next few days. Those living in the landslide-prone areas have been evacuated by the state government.

The weather agency predicted that the first system over the Arabian Sea would bring rainfall to Kerala and rest of the southern peninsula. This was the cause of the Kerala flash floods and landslides.

IMD also assessed that the second and third systems would interact with each other and bring rainfall to north and northwest India. This interplay brought torrents of rainfall that flooded Uttarakhand.

Such interaction of different wind systems has brought catastrophes earlier as well: The 2013 cloud burst and flash floods in Uttarakhand that killed over 5,000 people and damaged infrastructure worth thousands of crores is an example.

The probability of such occurrences is likely to go up considerably in the future in a warming world.

Localised warming could be another reason for the occurrence of the catastrophe in Uttarakhand. “In the week prior to the flash floods, I observed high temperatures in New Tehri. I called up my friends in Almora and Nainital and they observed the same thing,” Mahipal Negi (50), a senior journalist from Uttarakhand, told Down to Earth.

Negi said he has never experienced such high temperatures in October, or such temperature fluctuations within a day.

Uttarakhand was not the only state to experience such heat. The North East India witnessed one of the hottest October months this year. In the days running up to October 16, many North East Indian cities recorded temperatures 4-5°C higher than normal. Itanagar sizzled at 37.8°C on October 16.

Global climatic factors also had a role to play.

“This is a deadly combination of several things. A very cold temperature anomaly extended from western Europe into Eurasia in September, which has been pumping moist western disturbances because the Mediterranean was very warm,” said Raghu Murtugudde, a climate scientist at the University of Maryland.

“The warm Arctic and record sea ice loss created September extremes which kept the summer monsoon circulation (South West Monsoon) going, but the weakening of the circulation and the onset of the easterly waves allowed moisture to be pumped from the Bay of Bengal as well,” he added.

Easterly waves are associated with the onset of the northeast monsoon. One such easterly wave is expected to bring rainfall to Kerala in the next few days, for which IMD has already sounded an alert.

Weak retreat of the southwest monsoon and the weak and late-onset of the northeast monsoon allowed low-pressure areas to carry a lot of moisture and create lots of rainfall, according to Murtugudde.

“But one must never forget that the land-use change and denudation of Western Ghats (in case of Kerala and the Himalayas in the case of Uttarakhand) can always turn heavy rains into flash floods and landslides. Nature gives us rains and we create floods,” added Murtugudde.