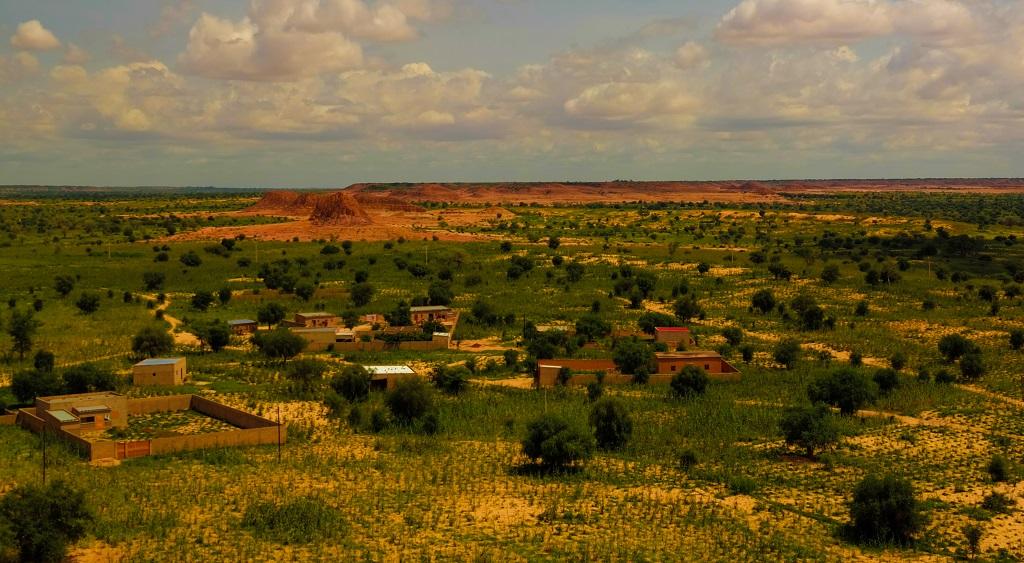 A view of Sahel at Niger. Photo: Getty Images

More than a decade after its launch, partners of the African-led Great Green Wall Initiative have agreed to bold targets to restore 100 million hectares of land and create 10 million green jobs by 2030 across the Sahel.

The partners called for initiatives to upscale and accelerate efforts meant for adaptation and mitigation along with economic development, at a meeting organised at the United Nations Convention to Combat Desertification’s (UNCCD) 14th Conference of Parties (CoP 14) on September 9, 2019.

The Great Green Wall Initiative, launch in 2007 by African Union, is a flagship programme that aims to combat climate change and desertification. It has made major progress in restoring Sahara-Sahel landscapes, according to the UNCCD.

“Innovative approach and robust coordination mechanism is required to achieve the targets set by Great Green Wall Initiative,” said the partners at the meeting. They made a joint commitment to include public and private investments for technical and financial resources.

They also called to focus on land degradation. Nearly 65 per cent of land in the African continent is under degradation and requires immediate attentions, they said.

The initiative aims to achieve:

Under landscape restoration, it has set a target to restore 100 million hectares of degraded land. It also aims to help people living on the frontline of climate change and desertification.

At the meeting, the partners chalked out a roadmap to upscale and accelerate efforts along with economic development. They also made commitments for technical and financial resources through public and private investments.

The upcoming United Nations secretary general’s Climate Action Summit in New York on September 23, would be crucial in galvanising support, including within the framework of the nature-based solution track, to advance affirmative action for the Great Green Wall by 2030 and inspire a global restoration movement, they said.

It is estimated that 166 million hectares of the Great Green Wall area offer opportunities for restoration projects, according to a Global Drylands Assessment by Food and Agriculture Organization and partners in 2015-2016.

The Great Green Wall's core area crosses arid and semi-arid zones on the North and south sides of the Sahara. Its core area covers 780 million hectares and it is home to 232 million people. To halt and reverse land degradation, around 10 million hectares will need to be restored each year, according to the assessment. This will also contribute to achieving UN-mandated Sustainable Development Goals by 2030.