When did CO2 become our planet's arch enemy?

Carbon dioxide was always essential for our planet, but when did it become too much? 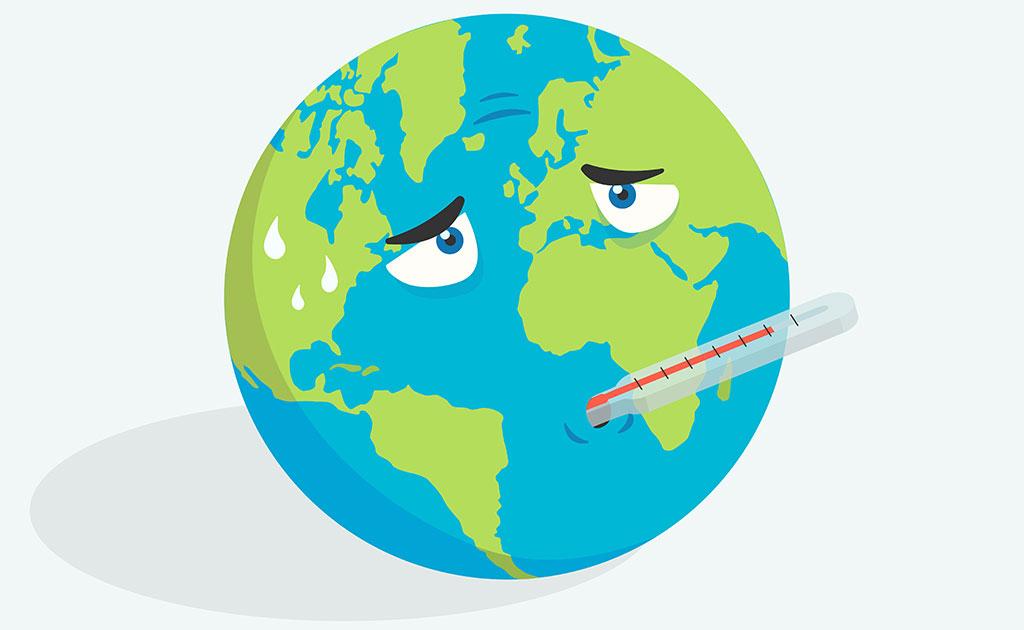 CO2 levels were around 315 parts per million (PPM) in 1958, when US scientist Charles David Keeling started measuring atmospheric concentration of CO2. (Illustration: iStock)

The Earth’s atmosphere is made up of different gases. The temperature of the atmosphere depends on a balance between the incoming energy from the sun and the energy that bounces back into space.

Greenhouse gases (GHG) such as carbon dioxide (CO2), methane and nitrous oxide play an important role in the atmosphere. They absorb some of the sun’s heat and release it back in all directions, including back to the atmosphere. Through this process, CO2 and other GHGs keep the atmosphere warmer than it would be without them. However, fossil fuel-run industries and other human activities add GHGs to the atmosphere. This, in turn, increases atmospheric temperature, causing global warming.

In 1958, American scientist Charles David Keeling calculated the amount of CO2 in our atmosphere. When he started his measurements in 1958, the CO2 levels were around 315 parts per million (PPM). When he died in 2005, the project was taken over by his son Ralph Keeling. By 2014, CO2 levels had increased to about 400 PPM.

With his systematic study of atmospheric CO2, Keeling became the first person to alert the world about the increasing levels of CO2 in the atmosphere. Scientists first argued that the increasing release of methane and CO2 was due to agriculture and livestock. But, with the start of the Industrial Revolution in the 18th century, the use of fossil fuels and CO2 levels rose simultaneously. Fossil fuels take millions of years to form, and by burning them, we release CO2 that has been stored for millions of years.

Nations that underwent Industrial Revolution used huge amounts of fossil fuels and became centres of high CO2 emissions, while nations with an agrarian economy emitted less GHGs. Over the years, as CO2 levels increased, it sparked off debates and arguments between the GHG-emitting rich industrial nations and the victims of global warming — the poorer nations.

The world leaders felt the need for a platform where countries, both developed and developing, could discuss these issues. Incidentally, two consecutive World Wars helped the world to form an institution — the United Nations (UN), which provided that platform.

In 1992, as a global response — the United Nations Framework Convention on Climate Change (UNFCCC) was formed. Every year, member countries of UNFCCC come together and assess the progress in measures to check climate change. At present, 197 countries are part of this meeting, also known as the Conference of the Parties (COP), that seeks to stabilise GHG concentrations in the atmosphere.

Starting from November 4, 2020, the United States will no longer be a part of the Agreement. This act by US did not only question the foundation of the UN body, but also raised a question on human existence in the future.

The 2018 COP in Katowice, Poland and 2019 COP Madrid, Spain saw countries scrambling to come to a common ground on several key issues. The conferences began and ended, but differences about varied aspects such as Nationally Determined Commitments (NDCs) and carbon trading market remained the same.

Also read COP1 to COP25: Find all the information & news about COP conferences

COP 26 was scheduled to take place in November 2020, in Glasgow, United Kingdom, but due to the COVID-19 pandemic it has been postponed to 2021.