Why is Greenland ice sheet melting faster this September? Experts weigh in 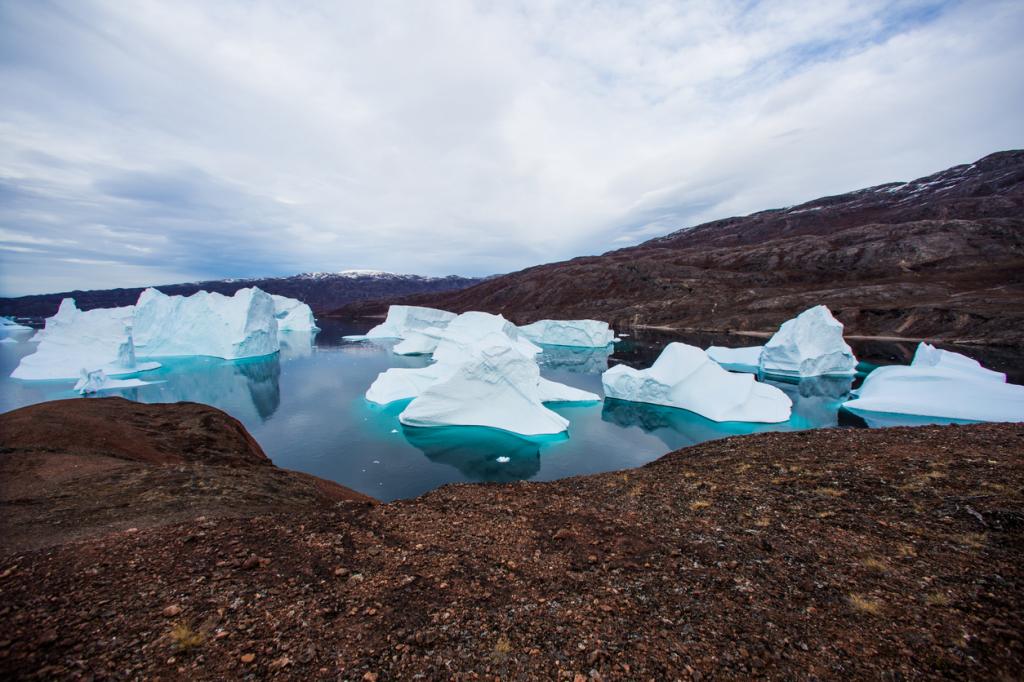 Greenland’s ice sheet recorded an unusual increase in melting on September 3, 2022, according to the Arctic Risk Platform, a global team of Arctic experts. This spike is due to warming in the Arctic region, they said.

The melt area recorded on the day was 592,500 square kilometres.

“It is very unusual for September to have so high a melt area,” Jason E Box, professor in glaciology at the Geological Survey of Denmark and Greenland, told Down To Earth.

“Temperatures in September drop below freezing and the melt season ends around mid-September,” Julienne Stroeve, professor of polar observation and modelling at University College London. 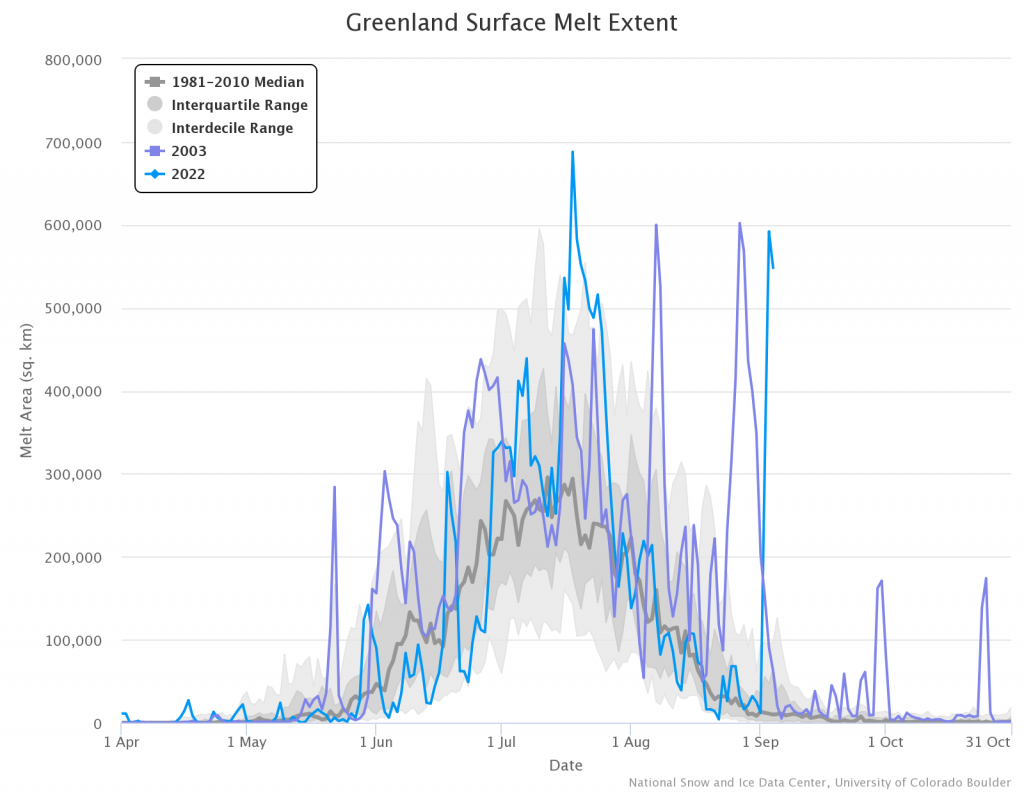 It holds enough water to raise global sea levels by 24 feet, according to the United Nations National Aeronautics and Space Administration (NASA).

During 1992-2018, the ice sheet lost 3.8 trillion tonnes of ice, according to a study from the European Space Agency and NASA.

Why is this happening?

The rapid melting of the ice has been attributed to global warming by global experts. Over the last century, the average temperature of Greenland has risen by as much as 3 degrees Celsius (°C).

Greenland has recorded an anomaly of 10-17°C on September 6, 2022 compared to the 1979-2000 base, according to data from Climate Reanalyzer, an online visualiser of climate and weather datasets. 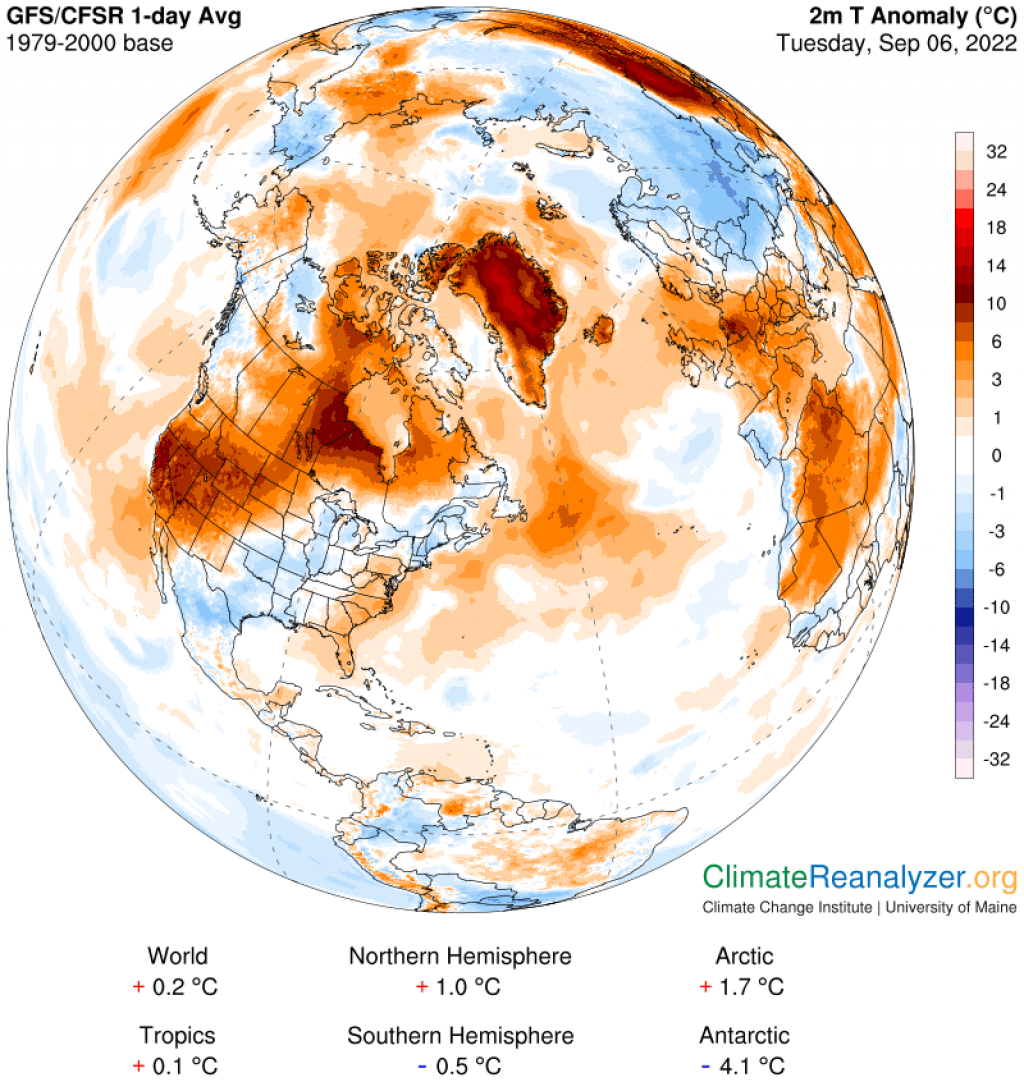 Previously, the Arctic Risk Platform had forecasted that temperature could increase 15°C above average in the central high-elevation regions of the ice sheet.

“This has led to quite unusual melting for this time of year over the ice sheet,” Stroeve pointed out.

Further, weakening jet streams — strong winds blowing from west to east — could also be involved. They act as a boundary, separating the warm air blowing from the equator and the cool air from the poles.

Consequently, the jet streams meander, bringing dry winds to Europe from the south and north.

“The warm air is being pumped from the south by a strong and large northward swing in the jet stream,” Jennifer Francis, senior scientist, Woodwell Climate Research Center, told DTE.

The rapidly warming Arctic, she said, may be one of the factors responsible for the large waves.

A recent study shows that the Arctic has warmed nearly four times faster than the rest of the world since 1979.

Box suspects atmospheric rivers — bands of moisture stretching from the tropics to higher latitudes — could be responsible.

The September spike may have some impacts depending on the duration of the melt. “Several days of much-above temperatures over Greenland will cause the surface of the ice cap to melt more than usual, adding water to the ocean and accelerating sea-level rise, Francis said.

This melt event, Stroeve added, will certainly increase the overall mass loss for 2022 unless it is compensated by more precipitation.  “But that remains to be seen,” she highlighted.

Greenland could experience more of such episodes in the future if the Arctic and the world continue to warm, Box highlighted.