The Centre should put in place and strengthen weather forecasting technology to warn about cloudbursts, flash floods and glacial lakes, the Standing Committee on Water Resources said 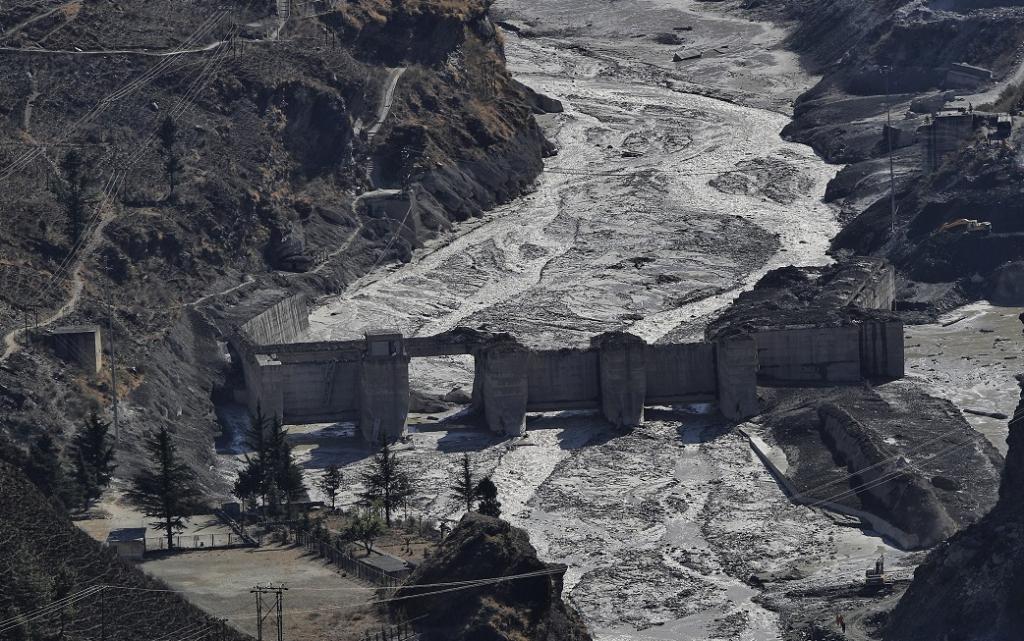 The Government of India should make concerted efforts to set up and widen the network of high altitude meteorological and discharge stations to keep track of changes in water bodies in the Himalayas, the Standing Committee on Water Resources has recommended in its latest report.

Such stations should be equipped with modern technology including synthetic aperture radar imagery to detect new lake formations and watersheds in the Indian Himalayas, the 12th Report of the Standing Committee, submitted to both Houses of Parliament August 5, 2021, said.

The ministry should also work in close collaboration with other agencies involved in glacial management and share data with them, it added.

The report also analysed the situation regarding cloudbursts, flash floods and the formation of glacial lakes due to landslides in the high Himalayas in a separate chapter.

It noted that flood forecasting by the Central Water Commission had assisted governments in India to a large extent in framing a relief and mitigation response to riverine floods by providing advanced information.

But, there was not much infrastructure or knowledge yet in place to forecast disasters such as flash floods, glacial lake outbursts and landslides. These extreme events were also expected to become more common in the future due to climate change.

The report enumerated a number of incidents involving flash floods, glacial lake outbursts and landslides that had occurred in the past two decades.

There was the blockade of the Parechu river, a left bank tributary of the Spiti river, which ultimately flows into the Satluj. On June 28, 2004, the river was blocked in Tibet due to a landslide, resulting the in creation of an artificial lake upstream and accumulation of huge volumes of water.

There was the flooding of the Kedarnath Valley during the Uttarakhand floods June 16-18, 2013 due to extreme precipitation in a short span of time. The BhoteKosi, a tributary of the Sun Kosi in Nepal, became blocked due to a landslide August 2, 2014, resulting in the creation of an artificial lake upstream.

The Jhelum and Chenab basins in Jammu and Kashmir flooded during September 3-7, 2014, again due to extreme precipitation. There were landslides on the Phutkal River in the Zanskar Valley of Kargil district in Ladakh during December 2014 and on the Kanka river, a tributary of Teesta in North Sikkim during August 2016.

There was a landslide in the Great Bend area of the Yarlung Tsangpo / Brahmaputra in China during October 16-19, 2018.

Finally, this year, there had been a disaster in the Chamoli area of Uttarakhand on the Rishiganga river February 7.

A total of 477 glacial lakes and water bodies in the Indian Himalayas were being monitored the Government of India, the report said.

The Department of Water Resources, River Development and Ganga Rejuvenation under the Union Ministry of Jal Shakti (water resources) told the Standing Committee that there was no need of a single nodal agency to coordinate activities during such extreme events.

This was because the structure and mechanism to handle such situations was already existent.

“Yes, the network of meteorological observatories and radars have to be strengthened,” Anand Sharma, former director-general of the India Meteorological Department told Down To Earth.

“We need automated weather stations given the topology and height of the Himalayas. The more optimum the network is, the more data we will get, which will go into refining the models. We need meso-scale, valley-specific models, which will lead to better forecasting and prediction,” Sharma added.

He observed that early warning without early communication and early action was useless. “We also need all-weather communication systems. Community radio is an excellent way to do this in the Himalayas,” he said.

Sharma added that there was political will to do all this but the actions were getting delayed. “All this needs to expedited,” he said.