Conflict of interest: when Narendra Modi’s remark triggered the debate

A private Bill titled ‘The Prevention and Management of Conflict of Interest Bill, 2015’ is to be tabled in Parliament today. Will it mobilise government action on hushed-up but prevalent corporate lobbying? 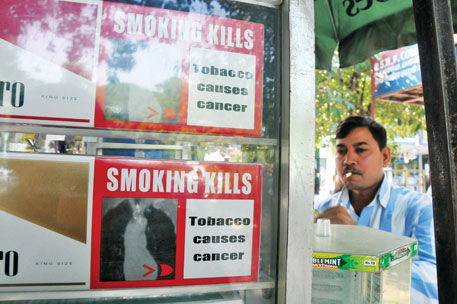 When prime minister of the country asks his colleagues not to participate in parliamentary committees that deal with the same subject where their business interest lies, this shows the magnitude of the problem.

In the first week of April, Narendra Modi asked MPs with conflict of interests to stay away from Parliamentary committees. The issue emerged after member of a committee constituted to look into pictorial warnings on tobacco products made controversial remark suiting to his interest.

BJP MPs Shyama Charan Gupta and Dilip Gandhi, who head the parliamentary committee, had questioned the theory that tobacco causes cancer. Gupta, a bidi baron, was part of Parliamentary Committee of Subordinator Legislation. Their comment coincided with the April 1 deadline for increasing size of pictorial warnings on tobacco products. The deadline has now been deferred by the BJP government. Modi’s remark came after the media highlighted the conflict of interest of the MPs.

But, the question is will these business leaders stop pursuing the government to make policies that suit them and how many similar incidents will get so much attention of media?
A senior advocate in the Supreme Court of India, Chander Uday Singh, told Down To Earth that the issue of conflict of interest is serious in India because several projects are being implemented through public-private partnership.

Arun Gupta, convener of Alliance Against Conflict of Interest (AACI), a coalition of experts campaigning against the practices, says there are several forms of conflicts of interest in public policymaking. These are inclusion of “experts” from industry in regulatory bodies; the revolving door phenomenon, which means policymakers and government officials move in and out of industry that they regulate; incentives to policy makers, regulators and monitors including payment of their salaries; ownership of stocks and shares by the regulators of the companies they regulate; presence of the private sector experts in policy making/recommendatory bodies such as National Technical Advisory Group on Immunization (NTAGI), and institutional conflict of interest and Public Private Partnerships (PPPs) in general, he adds.

Its repercussions are not known as there is no authorised body to look into these issues. At present, conflicts of interest that arise out of an MP’s private interest are regulated by the Code of Conduct for Ministers; Code of Conduct for Members of the Rajya Sabha, Rules of Procedure and Conduct of Business in the Lok Sabha and Rajya Sabha and Handbook for Members. Both Houses have an Ethics Committee to oversee the ethical conduct of MPs. The similar is the case with civil servant and judiciary. But by and large, these ethical books have been ineffective so far.

The sixty ninth report on the Prevention of Corruption Amendment Bill 2013 presented in the Rajya Sabha recommends that conflict of interest be included under bribery, says Arun Gupta.

In this situation, what one expects is nothing but a strong law which can restrict people to influence policy making according to their individual interest. Despite a statement, the Modi government has not initiated work on any legislation so far.

Now, a Rajya Sabha MP from Tamil Nadu, E M Sudarsana Natchiappan is pushing a bill on conflict of interest. Member of Congress, he is also chairman of Parliamentary standing Committee on Personnel, Public Grievances, Law and Justice, President, Parliamentary Forum On Human Rights for Global Development. The Bill talks about setting up of an institution for prevention and management of conflict of interest.

What India can learn from other countries

The government can prove its commitment to prevent conflict of interest by enacting it. It can learn from countries such as Bosnia, California, Canada, Croatia, Macedonia, Texas, Turkey and South Wales, who have best practices on conflict of interest. In Canada, ministers must follow the Conflict of Interest and Post-Employment Code that outline ethical standards and private and public interests. It prohibits use of information obtained officially for personal gain. All Members are barred from voting on matters in which they have pecuniary interest. There is a lobbyist registration system. Ministers cannot engage in an outside profession or actively in business. It restricts members from simultaneously holding certain posts. There are some post-tenure employment restrictions. An Ethics Commissioner may conduct an inquiry into breaches of code, says PRS Legislative paper on Conflict of Interest in Parliament issue prepared in 2010.