India’s economic recovery will be ‘W-shaped’ instead of ‘V-shaped’ as was anticipated earlier, the bank said. 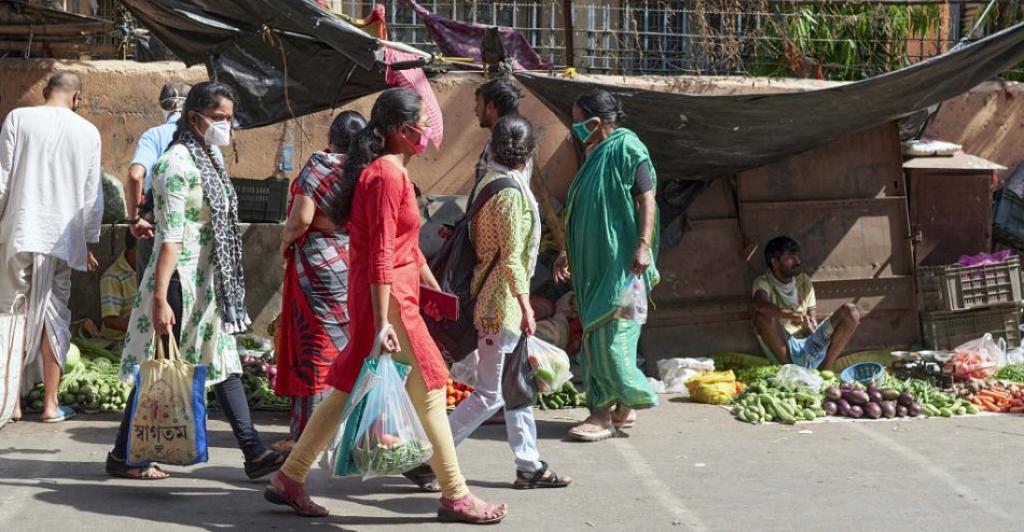 The State Bank of India (SBI) economists drastically reduced their gross domestic product (GDP) growth projection for 2021-22 to 7.9 per cent from 10.4 cent. The revision was attributed to the second wave of the novel coronavirus disease (COVID-19) pandemic, which had a greater impact on India’s economy.

The ongoing COVID-19 wave made inroads into the country’s villages, shrinking rural demand, according to ‘SBI Ecowrap’ released June 1, 2021.

India’s economic recovery will be ‘W-shaped’ instead of ‘V-shaped’ as was anticipated earlier, the bank said.

SBI’s projection of 7.9 per cent GDP growth is based on the hope of 10 million vaccinations per day by July. The authors said in the report:

At the beginning of the second wave, we had reduced our FY22 real GDP projection from 11 per cent to 10.4 per cent (at that time only a few states announced lockdowns). Given the extension of localised lockdown in June by almost all states, we believe that time has come to further revise our growth projections. Assuming real GDP loss of Rs 4.2 lakh crore, normal situation post July onwards and possibility of no third wave, we have revised our FY22 real GDP forecast from 10.4 per cent to 7.9 per cent.

The pick up in pent-up demand is unlikely to make a large difference in FY22 GDP estimates as “rural is not as resilient as urban”, the report mentioned.

It observed greater increase in deaths in rural areas during the second wave. “A higher number of rural districts have cumulative fatality rate higher than the country’s overall fatality rate during the current wave.”

Arunachal Pradesh, Jharkhand, Meghalaya, Mizoram, and Uttarakhand have registered maximum increase in fatality rate in rural areas during the second wave compared to the fatality rate during the first wave, according to the report.

The impact of the first wave was mainly concentrated in the urban and semi-urban areas. Rural centres account for lower economic activity, implying GDP loss might be lower due to current surge which is comparatively thinned out. But a slowdown in rural demand may affect the overall economy, experts said.

States where tier-2 centres (with 51-75 per cent urban population) suffered a bigger blow are likely to contribute more to the GDP loss this year. These states include Gujarat, Haryana, Jharkhand, Kerala, Rajasthan and Uttarakhand.

However, the decline has been less severe compared to that in April 2020, indicating that GDP loss in the second wave would be much less than that in the first wave, the report said.