Hundreds of looms, yarn and spindles have been damaged in the cyclone and flood, as most weavers live in thatched houses 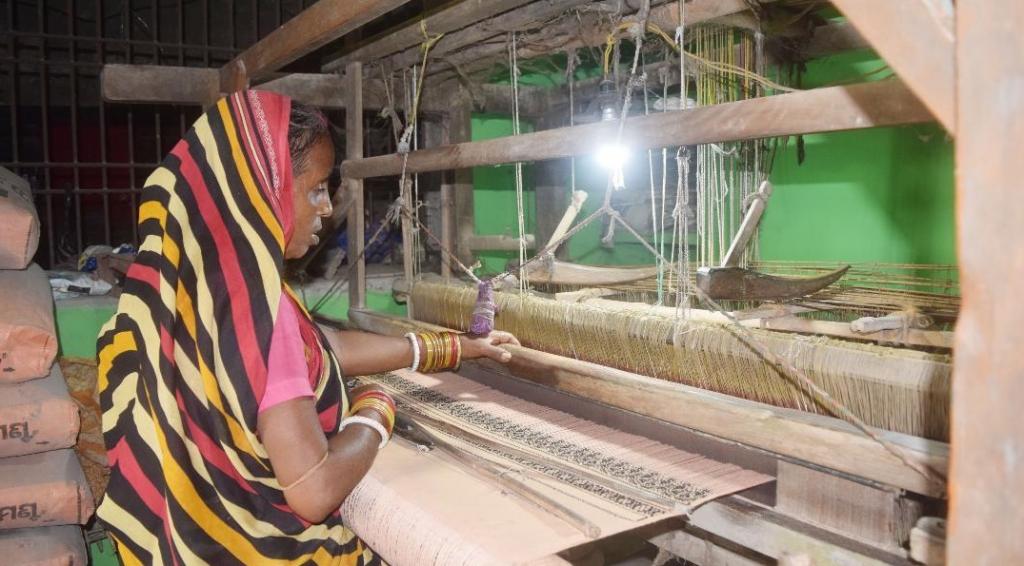 Cyclone Yaas has aggravated problems for weavers in Odisha, even as the revival of the handloom sector in Odisha had already been stalled by the second wave of the novel coronavirus disease (COVID-19).

Around 10,000 weaver families in Balasore, Bhadrak, Kendrapara and Mayurbhanj districts are in deep trouble after the devastating cyclone damaged their houses and looms.

Five months ago, the weaving sector was just beginning to revive. But the second wave forced us to stop weaving. Marriage and festival seasons are the best time for weavers to earn more money as many people purchase sarees and other handloom items from us. But sales have already taken a beating in this marriage season due to the lockdown and several restrictions on the marriage functions

Akhuji Chand, a weaver from Gopalpur village, said the weaving industry had already been marred by many problems. “Now, the deadly virus, coupled with the cyclone and floods, has worsened the situation,” he added.

“Heavy rains triggered by Yaas also caused flooding in our village. Both of my looms were washed away in the swirling waters of the flood. I don’t think we will survive,” Abhijit Jena, a weaver from Gobindapur village in Kendrapara district, said.

“I was earning around Rs 8,000-10,000 a month. But my two looms have been damaged after my mud-walled house collapsed in the cyclone,” Sangram Singh, a dejected weaver of Jagannathpur in Bhadrak district, said.

Hundreds of looms, yarn and spindles have been damaged in the cyclone and flood, as most weavers live in thatched houses. Many looms are buried in the mud.

“I cannot afford to run my looms anymore and nobody wants to rent them,” Maheswar Sutra, a weaver from Manapur village said, pointing to his waterlogged loom in his house.

Srikant Nayak, the vice-president of All Odisha Weavers’ Association, said:

Weaving is our sole activity. Any other pursuit does not fetch us our daily bread. It is high time that the government provide financial and other help to the Yaas-affected weavers of the state to mitigate their plight. Those weavers who have pucca houses, were not badly affected in the cyclone. The Union government illegally abolished the handloom board for political reasons last year during the pandemic. All the 30 districts of the state have weavers’ associations.

Debjit Nandy, the deputy director of the textile department, said his team’s first goal had been to get weavers back to their looms.

We have already started to figure out the parts needed for the damaged looms. We have recently surveyed the weaver-dominated villages of the Yaas-affected areas with the help of the district administration and sent the report to the director of the textile department. We will soon provide all types of help to the affected weavers. Loom repairs vary in cost, depending on the extent of the damage. We hope that all weavers will be back working on their individual looms in one to two months.

Nandy added that in 2020, the state government had granted Rs 15 crore to Boyanika, a state government organisation and Rs 1 crore to SERIFED (Odisha Cooperative Tassar & Silk Federation Ltd) and Rs 9 crore to Sambalpuri Bastralaya, another government to purchase products from the weavers and mitigate their plight due to COVID-19.

“We purchased sarees and other items from them. Due to the second wave of COVID-19, the fate of a large numbers of weavers is now at stake. The state government is determined to help them at the time of crisis,” added Nandy.