How does the Budget score on energy front?

The government has approved Rs 2,000 crore as initial outlay for providing LPG connections to poor women 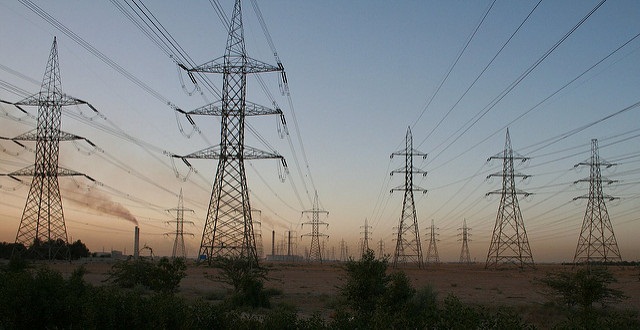 The Budget announced in the Parliament on Monday made the intentions of the Centre clear. The government would be spending more money on farmers and the poor.

The government announced that the Budget approved Rs 2,000 crore as the initial cost for providing LPG connections in the name of 1.5 crore women who live below the poverty line.

The Centre has been promoting the idea of the subsidy reaching the people who actually need it. Under the Jan Dhan Aadhaar Mobile agenda, Rs 29,000 crore LPG subsidy was directly transferred to about 151 million beneficiaries’ bank accounts. According to the Economic Survey 2015-16, “The scheme reduced leakages by 24 per cent and seems to have excluded few genuine beneficiaries.”

One of the goals of the Modi government is 24-hour power supply. Jaitley said that by February 23, 2016, 5,542 villages had been electrified by the government, which is more than the combined achievement of the previous regime.

The government promised that all villages across India would be connected to the grid by May 1, 2018. The budget allocated Rs 8,500 crore for integrated power development schemes for the same under the Deendayal Upadhyaya Gram Jyoti Yojana.

The National Clean Energy Fund (NCEF) was created in 2010-11 by introducing a carbon tax termed coal cess on the sale of very tonne of lignite or coal sold. In 2015-16, the coal cess was increased from Rs 100 per tonne to Rs 200 per tonne. In this financial year, the cess has been doubled again to Rs 400 per tonne with a change in name. Now, the fund would be called the Clean Environment Fund.

According to 2015-16 Economic Survey, “Till date, 56 projects have been recommended by the inter-ministerial group with total viability gap funding of Rs 34,784.09 crore spread over several years.” In FY 2015-16, Rs 4,700 crore was allocated in the Budget for these projects.

The fact remains that NCEF was created for the promotion of clean energy technologies, but was used to clean up the Ganga. The change of name now signifies what the government intends to do. 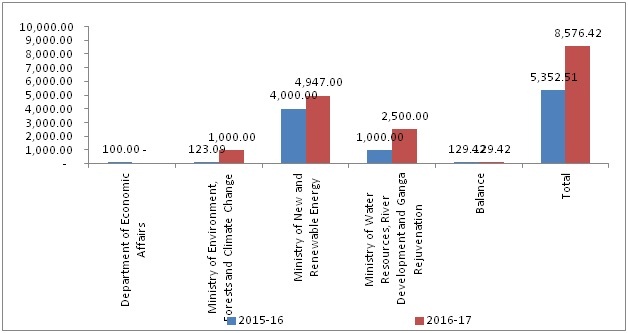 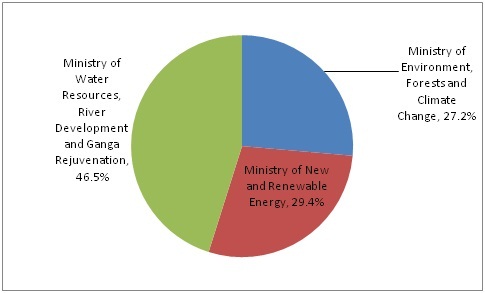 “Make in India” has become the mainstay of the Modi government. It aims to make India the manufacturing hub of the world.

The second unit of Kudankulam Nuclear Power Station will be commissioned in 2015-16. In a bid to diversify the energy portfolio of the country, the Modi government has come out with a plan for energy mix over the span of 15 years. Annually, a total Rs 3,000 crore investment can be leveraged for nuclear power in the country.

Jaitley’s speech says, “(The) government is also launching a Scheme for Faster Adoption and Manufacturing of Electric Vehicles with an initial outlay of Rs 75 crore for this scheme in 2015-16.”

Though there were no direct benefits, particularly for renewable energy, energy access got a lot of attention in the Budget. Renewable energy will be impacted indirectly through investments in manufacturing, especially in the solar sector.