How IT Threatens Democracy

By Kofi A Annan 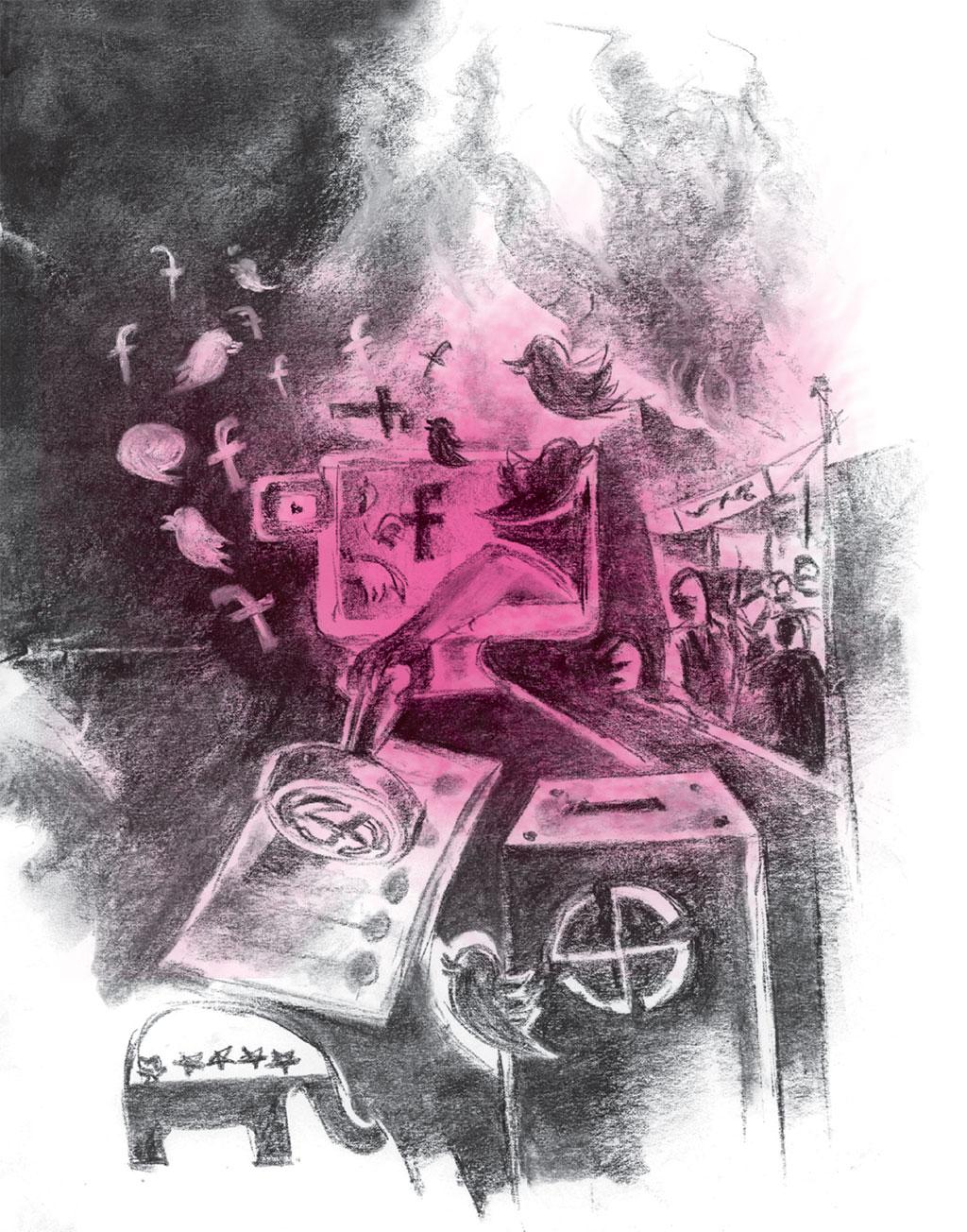 The internet and social media were once hailed for creating new opportunities to spread democracy and freedom. And Twitter, Facebook, and other social media did indeed play a key role in popular uprisings in Iran in 2009, in the Arab world in 2011, and in Ukraine in 2013-2014. Back then, the tweet did at times seem mightier than the sword. But authoritarian regimes soon began cracking down on Internet freedom. They feared the brave new digital world, because it was beyond the reach of their analogue security establishments. Their fears proved unfounded. In the event, most social media-enabled popular uprisings failed for want of effective leadership, and traditional political and military organisations retained the upper hand.

In fact, these regimes have begun to wield social media for their own ends. We have all heard the allegations that Russia covertly used social media to influence electoral outcomes in Ukraine, France, Germany, and, most famously, in the US. Facebook has estimated that Russian content on its network, including posts and paid advertisements, reached 126 million Americans, around 40 per cent of the nation’s population.

We should recall earlier accusations by Russia of the West’s role in fomenting the “colour revolutions” in Ukraine and Georgia. The Internet and social media provide another battlefield, it seems, for the surreptitious manipulation of public opinion.

If even the most technologically advanced countries cannot protect the integrity of the electoral process, one can imagine the challenges facing countries with less know-how. In other words, the threat is global. In the absence of facts and data, the mere possibility of manipulation fuels conspiracy theories and undermines faith in democracy and elections at a time when public trust is already low.

Social media’s ideological “echo chambers” exacerbate people’s natural biases and diminish opportunities for healthy debate. This has real-world effects, because it fosters political polarisation and erodes leaders’ capacity to forge compromises, the basis of democratic stability. Likewise, the hate speech, terrorist appeals, and racial and sexual harassment that have found a home on the Internet can lead to real-world violence.

But social media are hardly the first communication revolution to challenge political systems. The printing press, radio, and television were all revolutionary in their day. And all were gradually regulated, even in the most liberal democracies. We must now consider how to submit social media to the same rules of transparency, accountability, and taxation as conventional media.

In the US, a group of senators has introduced the “Honest Ads Act,” which would extend the rules that apply to print, radio, and television to social media. They hope it will become law before the 2018 midterm election. In Germany, a new law, the Netzwerkdurchsetzungsgesetz, requires social-media companies to remove hate speech and fake news within 24 hours or face fines of up to €50 million (US $63 million).

As useful as these measures may be, I am not sure that national laws will be adequate to regulate online political activity. Many poorer countries will not be able to put up such resistance, and enforcement will be difficult everywhere, because much of the data are stored and managed outside the regulating country.

Whether or not new international norms are necessary, we should be careful that in seeking to curb the excesses, we do not jeopardise the fundamental right to freedom of expression. Indeed, open societies should not over-react, lest they undermine the very freedoms on which they base their legitimacy.

But nor can we remain idle. A few major players, in Silicon Valley and elsewhere, hold our fate in their hands; but if we can get them on board, we can address the failings of the current system.

In 2012, I convened the Global Commission on Elections, Democracy, and Security to identify and tackle the challenges to the integrity of elections and promote legitimate electoral processes. Only elections that the population generally accepts as fair and credible can lead to a peaceful and democratic rotation of leadership, conferring legitimacy on the winner and protecting the loser.

Under the auspices of the Kofi Annan Foundation, I will now convene a new commission—this time, with the masterminds of social media and information technology, as well as political leaders—to help us address these crucial new issues. We will set out to find workable solutions that serve our democracies and safeguard the integrity of our elections, while harnessing the many opportunities new technologies have to offer. We will produce recommendations that will, we hope, reconcile the disruptive tensions created between technological advances and one of humanity’s greatest achievements: democracy.

Technology does not stand still, and nor should democracy. We have to act fast, because digital advances could be just the start of a slippery slope leading to an Orwellian world controlled by Big Brother, where millions of sensors in our smartphones and other devices collect data and make us vulnerable to manipulation.

Who should own all the data collected by our phones and watches? How should such data be used? Should its use by others require our consent? To whom are those using our data accountable? These are the big questions that will shape the future of freedom.

(The author, a former secretary- general of the United Nations and Nobel Peace laureate, is chair of the Kofi Annan Foundation)