To end poverty, you have to know how it began—Diaz 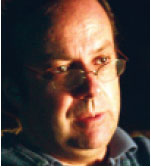 French filmmaker Philipper Diaz believes poverty began with globalization. Not the 20th century variety; the process that began 500 years ago with the Spanish and Portuguese conquests of the Americas, Diaz says in a new documentary: The End of Poverty? The title is a play on a book by economist Jeffrey Sachs’ bestseller— without the question mark—who, Diaz said “runs all around the world with rockstars like Bono claiming... mosquito nets and fertilizers... will end poverty.” The film shows how European industrial development was based on riches accumulated via colonialism. “How do you think countries (like) Belgium, built empires? Existing industries were destroyed, even those of better quality, and colonies were forced to buy manufactured goods and equipment from colonial masters,” Diaz said