Lack of coastlines makes the flow of goods from these countries to world markets more difficult, it added

Afghanistan is one of the countries mentioned by the UN. Photo: Needpix.com

Economic and social conditions in many landlocked developing countries (LLDCs) — often the poorest in their regions — are worsening rapidly due to COVID-19 lockdown measures and international restrictions on the movement of goods and people, the United Nations (UN) warned in a statement recently.

On an average, these 32 vulnerable countries lag behind the world average by 20 per cent in the UN’s human development index.

One-third of their 440 million inhabitants live in extreme poverty, 51 per cent face food insecurity daily and 40 per cent lack access to electricity.

Even in normal times, lack of territorial access to the sea, remoteness and isolation from world markets and high transit costs impose serious constraints on their overall socio-economic development as their sea-borne trade depends on transit through other countries.

Post the global lockdown, these vulnerable countries are facing even more constraints to growth and development, including isolation from global markets, dependence on transit neighbours, lack of productive capacities, structural challenges and vulnerability to external shocks. 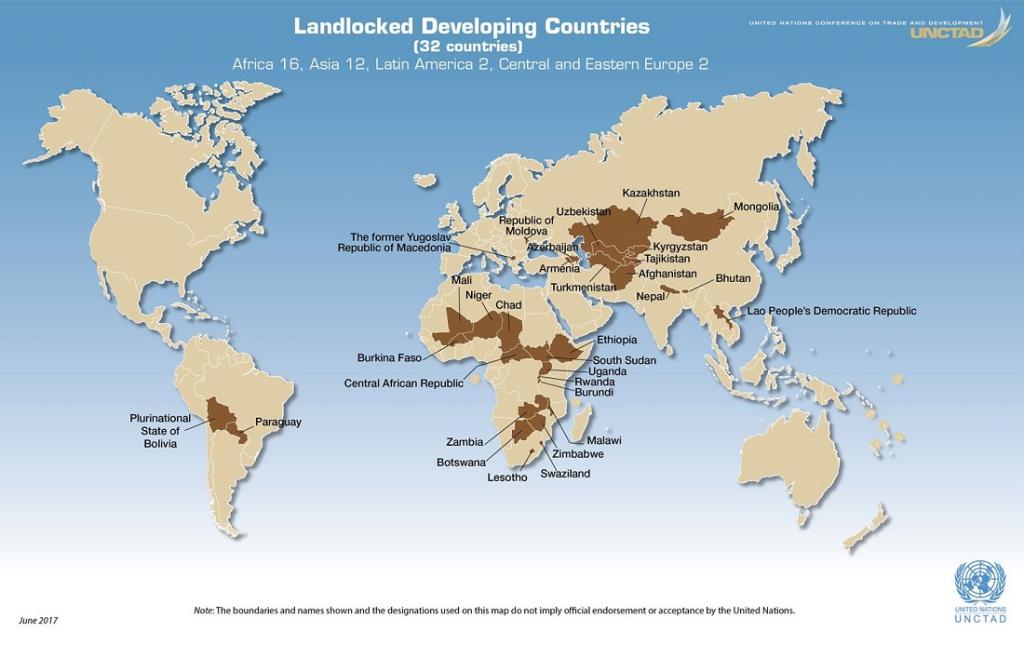 The impacts of pandemic, global lockdown, and a global recession will likely halt or potentially even reverse LLDCs’ progress towards the Sustainable Development Goals and the aspirations included in the Vienna Programme of Action for the LLDCs for 2014-2024, the statement said.

The Vienna programme of action was adopted by the international community in recognition of the complex challenges facing LLDCs and their special development needs.

“When borders around the globe close, every country suffers, but those without territorial access to the sea are affected in unique ways,” the statement issued by six UN agencies, urging governments to provide smooth transit transport for landlocked neighbours, said.

The statement was signed by the United Nations Conference on Trade and Development, the UN Office of the High Representative for the Least Developed Countries, Landlocked Developing Countries and Small Island Developing States, and the UN’s regional economic and social commissions for Africa, Asia and the Pacific, Europe and Latin America and the Caribbean.

Efficient transport networks and procedures are crucial to connect these vulnerable nations to world markets, as their exports and imports must transit through at least one neighbouring state and often have to change the transport mode — making trade much more complex and costly.

The agencies called for governments to refrain from any unjustified restraints on traffic and goods in transit to make sure that goods, medical equipment and basic goods and commodities can depart from and reach the LLDCs when needed, without delay or hindrance.

It also urged LLDCs and neighbouring countries to make use of trade facilitation standards and digital technologies that limit physical checks in transit, physical contact at borders and protect the health of workers.

These include electronic exchange of information, electronic tracking, automation of customs procedures and other paperless solutions.

“The accelerated implementation of the eTIR International System, the use of electronic consignment notes such as eCMR, automation of customs procedures through the ASYCUDA system, implementation of digital freight corridors and many other initiatives underway have reached momentum now,” it said.