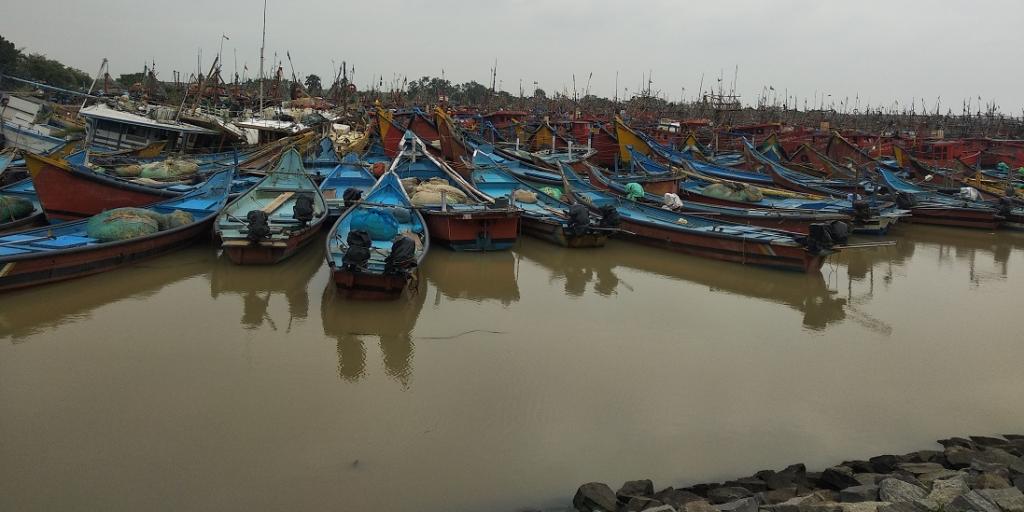 Fishing vessels moored at the harbour in Paradip due to the fishing holiday. Photo: Ashis Senapati

The Odisha government announced a two-month-long ban on fishing by mechanised vessels April 15, 2021 in a bid to conserve fish stocks in sea during their breeding period, officials said.

The April 15-June 15 ban was imposed by the state fisheries department.

Trawling is one of two fishing methods in which the vessel, a trawler, speeds through the open sea with a net trailing behind it, catching all fish in its path.

During the monsoon, when fish normally breed, the force of a trawler’s engine can disturb the seabed, where fish eggs are buried and throw them up into the water, preventing them from hatching. An average trawler has an engine with 140 to 150 horsepower.

“To avoid disturbances caused by trawl fishing during the breeding season, fishermen have been instructed not to venture into the sea during the ban period,” Pabitra Behera, the joint director of fisheries (Coastal) department, told this reporter.

The monsoon trawling ban was introduced in 1998 in Odisha to help the unhindered breeding of fish in the sea during the rains. The summer monsoon is the breeding season of nearly 300 species of fish along the coast of Odisha.

The fisheries department has registered 21,832 fishing vessels, including 1,741 trawlers, in Odisha. During the ban period, all of these including 630 trawlers of Paradip fishing harbour, will not be allowed to venture out to sea. The ban extends to 12 nautical miles off the Odisha coast.

Small, non–mechanised boats that are less than 8.5 metres long and use nets with big gaps, are exempted from the ban. However, traditional fishermen are permitted to catch only pelagic fish, Behera said.

Many fishermen had welcomed the decision of the government, Behera said.

Each year, during the two month long ‘fishing holiday’, large numbers of Telugu- speaking fishermen from Andhra Pradesh return to their villages from Paradip and other areas of Odisha.

“But this year, they have decided to stay put in Odisha as COVID-19 cases are rising during the second wave,” Jiban Rao, a fisherman in Paradip, said.

The fishing ban had given an impetus to the boat-making industry and this age-old trade was all set to make a tidy profit during this time, added Rao.