Period of high agricultural commodity prices most likely over

The OECD-FAO Agricultural Outlook says that with rising incomes, especially in the emerging economies, demand for meat, fish and poultry will grow 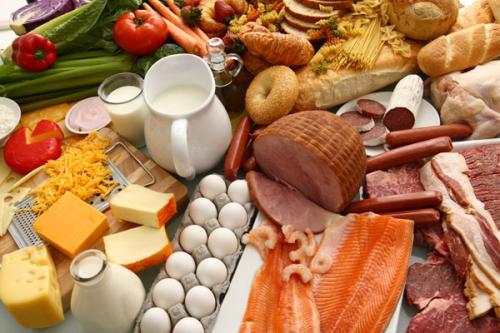 The era of high agricultural commodity prices is most likely over, according to the OECD-FAO Agricultural Outlook 2016-2025 published on Monday.

The outlook says that inflation-adjusted agricultural commodity prices will remain relatively flat in the coming 10 years. However, livestock prices are expected to rise relative to staples such as rice and wheat.

With rising incomes, especially in the emerging economies, demand for meat, fish and poultry will grow. This will create additional demand for feed, causing their prices to rise.

At the Outlook’s launch in Rome, OECD Secretary General Angel Gurría said, “Although we are now witnessing a period of lower agricultural prices, we need to remain alert as changes in markets can take place rapidly. The key priority for governments in the current context is to implement policies that will increase agricultural productivity in a coherent and sustainable way. Getting our agricultural policies right is critical to end hunger and undernourishment in the decades to come.”

Globally, the increased demand for food as well as feed for an increasing population is projected to be met through productivity gains. Yield improvements are expected to account for about 80 per cent of the increase in crop output.

According to an analysis made in the Outlook, projected growth in food availability would result in a reduction in the number of undernourished people in the world from around 800 million at present to under 650 million in 2025. 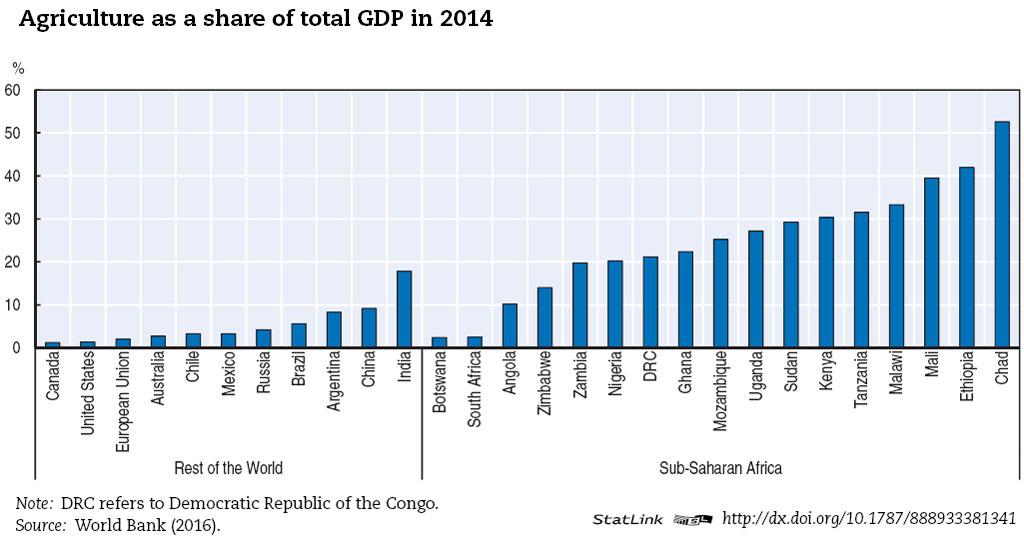 This year’s Outlook focuses on the prospects and challenges facing the agriculture sector in sub-Saharan Africa (SSA). The rise of the middle class, urbanisation and increased commercial interest in Africa’s resources and farmlands will shape the sector’s development. The report adds that agriculture will continue to be the single largest source of employment for youth.

The SSA region accounts for more than 950 million people, approximately 13 per cent of the global population. The Outlook predicts a further increase of food imports in the region, as demand for food is expected to grow at more than 3 per cent over the coming decade, while total agricultural production is projected to rise by only 2.6 percent a year, despite improvement in productivity.

Undernourishment in SSA remains high and in 10 years the region will account for more than one-third of the global total of undernourished, compared with just over a quarter today, the report predicts.

Many countries will be burdened with undernourishment, obesity, and micronutrient deficiency. There will also be a transition in dietary habits. In both developed and developing countries, consumption of sugar, oils and fats is projected to increase faster than consumption of staples and protein, as people will consume more processed food products.

The report says that pulses offer tremendous potential to alleviate malnutrition in SSA and its contribution to total protein intake is higher than in any other region in the world.

The popularity of pulses in SSA rests in their low input cost arising from the success of farm-saved seeds, as well as their favourable impact on soil quality when planted alongside or in rotation with other crops such as maize.

The Outlook says that the bulk of all commodity exports will continue to originate in just a few countries. Imports, however, will be far less concentrated among countries, although China is projected to remain a critical market for some commodities, in particular soybeans.

There is some scope to increase agricultural area sustainably, mainly in parts of Latin America and SSA. The majority of new crop area in Africa will be dedicated to cereals.

“Significant production growth is needed to meet the expanding demand for food, feed and raw products for industrial uses, and all of these have to be done in a sustainable way,” said FAO Director-General José Graziano da Silva.