Shepherds in distress: No procurement by J&K Wool Board since 2019 as COVID-19 mars market 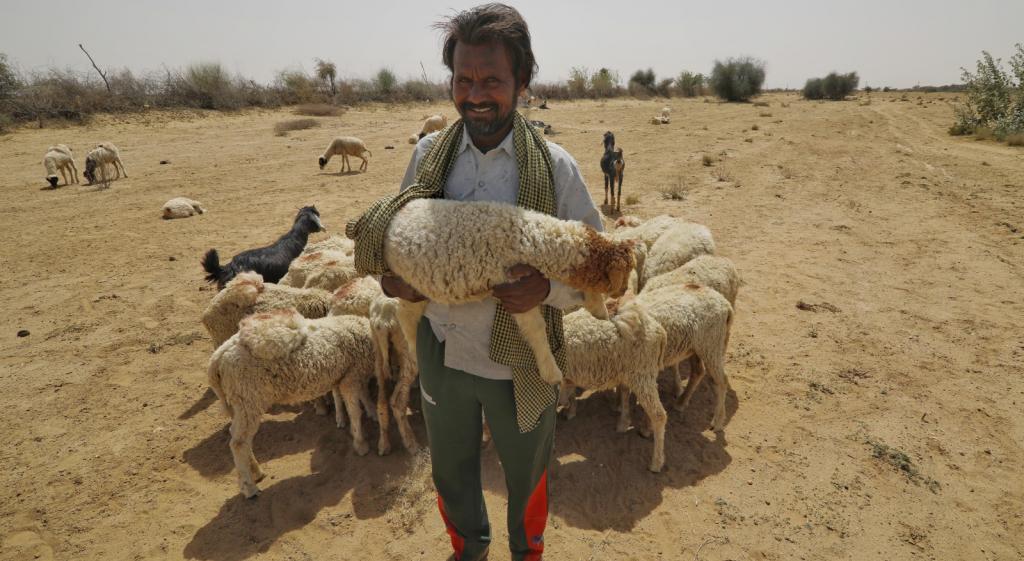 The novel coronavirus disease (COVID-19) pandemic and subsequent lockdowns have dealt a deadly blow to the wool sectors in Indian states where the natural fibre contributes greatly to the economy.

Jammu and Kashmir has been particularly affected — the state has been unable to sell its raw wool stock in the last one-and-a-half year.

Approximately 700,000 kilogram of raw wool has been lying with the state government's Wool Board since the end of 2019 and so, the government has made no new purchase during the period.

This has impacted the local shepherds as J&K is one of the few states which procures wool from shepherds at an MSP every year and sells it in the market.

The pandemic had affected the markets and the already low purchase price by the time the next purchase season began.

The rate for highest grade wool, which was selling at Rs 140 a kg in 2019, dropped to Rs 45 a kg in 2020. That is when the J&K Wool Board decided to hold back its stock. It has been a year since then but the rates have not improved.

The best quality wool is selling at prices as low as Rs 35 per kg. We couldn’t sell it in the market because it would have been a huge loss to the department.

Wool from J&K is usually sold to apparel manufacturing traders in Ludhiana and Amritsar.

In March 2021, when the rates didn’t improve in the last one year, the wool board sent recommendations to the government in March 2021 to dispose of the stock at whatever rates they were getting.

The government then asked the board to do an auction and call for bids but there was no response to the tender. The board floated another tender last week.

“The grease and shine of the wool has been affected and there are also chances of moth infestation,” a store manager of the wool board said

Internationally, the wool prices are many times higher than domestic prices. According to IndexMundi, a data portal that collates commodity prices, the wool monthly price was Rs 893 per kg in September 2021.

The discrepancy may be because countries mostly sell processed wool and not directly from the sheep's skin like in many states in India, said Mohammad Sharif, former director of sheep husbandry in Jammu and Kashmir. He added:

Globally the prices are much better than what we have in India because at present, specifically in Jammu and Kashmir, we are not in a position to process the raw material. If we could wash it, then put it through other processes such scouring and combing, then it could fetch a higher price. Without value addition, very few people are ready to give a higher price and it is difficult to sustain the wool marketing. They have to establish scouring and combing plants.

During this tenure, Sharif tried to bring the government's attention towards setting up processing facilities. "It's just a one-time investment," he said.

The wool produced in J&K is considered to be very fine apparel wool and rare in the country, he added. But the state has not developed facilities for processing it. “The rates per kg can be triple or even four times after processing.”

Another reason for high rates internationally is because countries like Australia and New Zealand are bulk producers of wool and have a monopoly in the market to some extent, according to Sharif.

In Rajasthan’s Bikaner, which used to have Asia’s largest wool mandi, shepherds are getting somewhere around Rs 20-40 for a kg of wool.

The same grade of the fibre would fetch Rs 100 per kg earlier and even Rs 200 in some years, said Hari Ram, a third generation sheep herder in the district. “It’s a loss making occupation for us."

The sector was in a bad shape even before the pandemic because of the country’s growing reliance on imported raw wool. A significant share of demand for raw wool is met by imports from across the globe, especially from Australia, New Zealand, Europe and Saudi Arabia.

“Traders and manufacturers find the imported raw wool cheaper,” said Dar. The import duty on the fibre is just 4 per cent and the price dropped to Rs 160-170 a kg from Rs 400 a kg in the last few years, he added.

This is one of the major reasons the central government, under its National Livestock Mission, has imported high quality breeds of sheep to increase the country’s wool production in the near future.