The global rice production is also predicted to expand for the first time in three years, mainly due to abundant monsoon rains in Asia and sizeable increases in Africa 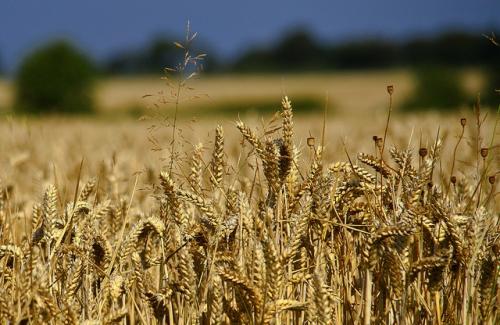 The Food and Agriculture Organization (FAO) has raised its forecast of global wheat production to 742.4 million tonnes driven by increases in India, the US and the Russian Federation, which is poised to overtake the European Union as the grain’s largest exporter.

The total wheat utilisation is projected to reach 730.5 million tonnes. This includes a big jump in the use of lower-quality wheat for animal rations.

The global rice production is also predicted to expand for the first time in three years, increasing 1.3 per cent to an all-time high of 497.8 million tonnes. This is mainly due to abundant monsoon rains in Asia and sizeable increases in Africa.

The production of cassava, the dietary mainstay of many Africa countries, is also projected to grow 2.6 per cent this year to 288 million tonnes. However, China’s shift to drawing down its maize stockpile for domestic industry and feed has curbed international prices and trade flows for cassava.

Soybeans and other oil crops could reach an all-time production high this year, thanks to record US yields, although the demand is expected to grow even faster.

The UN food agency has also predicted that global food markets will likely to remain “generally well balanced” in the year ahead, as prices for most internationally-traded agricultural commodities are relatively low and stable.

The benign outlook, especially for staple grains, is poised to lower the world food import bill to a six-year low, according to the Food Outlook.

The worldwide cereal production in 2016 should rise 2 569 million tonnes, up 1.5 per cent from the previous year and enough to further boost existing inventories.