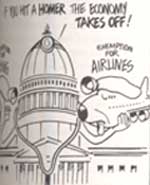 UNDER pressure from influential figures in the US congress, the Clinton administration has exempted ethanol and methanol from the proposed energy tax.

The tax is to be levied at 25.7 cents per million British thermal units, with a surcharge of 34.2 cents per million BTUs on refined petroleum. Oil for home heating and jet fuel have been exempted from the surcharge, the latter to safeguard US airlines from financial disaster.

Treasury secretary Lloyd Bentsen says the exemptions will have no major effect on the $ 71 billion expected in revenue over five years from the measure which is being enacted to ensure equitable distribution of the energy tax burden.