Public hearing says no to NTPC 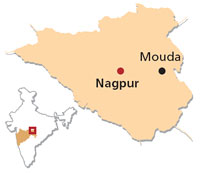 TEMPERS rose as farmers and other affected persons threw chairs at officials during the August 27 public hearing of National Thermal Power Corporation (NTPC)’s 1,300 MW expansion project at Mouda, near Nagpur. Environmental action groups and politicians across party lines joined in to decry the manner in which the public hearing was organised in defiance of rules.

Angry slogans followed when Shiv Sena leader Tapeshwar Vaidya pointed out that in violation of its promise of jobs to local people, NTPC had employed outsiders not just for skilled and technical jobs but even for unskilled peons and water boys. The audience refused to let NTPC officials speak. The public hearing ended in high drama as the public sector undertaking’s officials and district administrative officers were forced to beat a hasty retreat.

NTPC proposed a 1,300 MW expansion of its Mouda plant even as its original 1,000 MW thermal power plant is under construction. The power corporation is in a hurry to get the expansion project cleared before the environmental damage from the first phase becomes evident, said Sudhir Paliwal, chair of the Vidarbha Industries Association Energy Cell, a trade body. He pinpointed that the public hearing was in violation of rules, as it was conducted by a subdivisional officer instead of the district collector, or at least a deputy collector.